10 90s Songs That You Probably Forgot About

The 1990s was an interesting time for music. From those bubble gum pop stars, to boy bands, to grunge rock, there were many different genres that left an impression in our minds. In this article, I will outline a few of the highlights. Here are ten 90s songs that you probably forgot even existed until today. I hope it inspires you to make an awesome playlist of some sort and gives you a nice stroll down memory lane.

Here's a golden song. You remember the strange video, set in black and white. This was like every person's fantasy love song. I mean, the lyrics are so clever and that song is just so catchy! It is no wonder that this song made Oasis famous. It is a fabulous song, if you are into that sort of indie-British type of thing. This is probably one of the only British bands we were familiar with during this time other than Radiohead.

Ah, Blind Melon. Who could forget the cute little bumble-bee girl tap dancing at the beginning of this music video? For that matter, who could forget how long the members of that bands' hair was? I'd hope that these guys chopped that off for Locks of Love when the millennium hit, but who knows, they might still be donning their fabulously grunge hair-dos. There is something so odd about a bunch of grungy looking guys dancing around in a field full of flowers, but maybe that's what made this so epic for us back in the day.

There is probably no one in this entire world like Brad Roberts, the front man for this 90s band. What I mean by that is there is physically no man on this earth that can sing so low. Just hearing the main verse of this hit gives me chills. I couldn't even begin to try and imitate his voice. Can you imagine the many people that tried to sing this at karaoke but probably sounded way out of tune? This man has skills, and what an interesting name for their band. It is something that will truly live in infamy.

A band that truly lived and died in the 90s, "Pocket Full of Kryptonite" was probably their best known, and only album. Seriously, what happened to them after the 90s? I don't think any of us really know, but this was definitely one of those catchy beats and rhythms was that little piece of something that we could hold onto in those days.

5. All For You- Sister Hazel

This is the band that made its fame through romantic comedies. You remember those fancy love scenes where the guy is chasing after the girl? You can thank Sister Hazel for that fond memory in your soul. "Somewhere More Familiar" is their best known album. They tried to make some good albums after that, but I would have to say that nothing can compare to what they accomplished back then.

If you like Sister Hazel, then chances are you have probably heard of this band as well. They has a greatest hits album that came out later on with several great songs on it. None of us can forget the magic of "Mr. Jones". It was definitely a catchy song, and more often than not, it was played on the radio way too many times. Even so, it is still a memory that lives on. If you listen to any light rock radio station or have ever wandered through a department store, you will probably hear this song.

7. If You Steal My Sunshine- LEN

You probably remember the poppy sound of this hit track. This was something that you could jam to in the summertime. The album art for this hit is also pretty cool. Any music video produced by guys that go by "The Burger Pimp and B-Rad" is interesting in itself. Not to mention that there are so many remixes of this song out there that you have never even heard of. I suggest you check out some of the other versions of the song.

In the history of music videos, none have seemed as strange or as cool as this one hit wonder band's hit "Lovefool". In addition, this song is extremely catchy, and when I mean extremely, I mean years and years later we saw an episode from "The Office" where they couldn't stop singing this song. The name of the band is something you probably forgot; even the name of the song. But you remember the catchy verse "Love me, love me say that you love me, fool me fool me go on and fool me".

9. Gettin' Jiggy Wit It- Will Smith

We all know Will Smith nowadays as a successful actor who has appeared in several iconic films. From "The Fresh Prince of Bel Air" to hit movies like "Hitch", Will has surprised us throughout his career. However, you probably forgot that before all that, he was a musician. I remember having a mix tape (that's right, a cassette) with all of his hit songs on it. Not only is Will Smith an awesome actor, he was also quite an amusing musician.

10. The World I Know- Collective Soul

This is another song that gets overplayed on light rock radio stations. However, you probably can't remember who they are or what the name of the band is. This was definitely a one hit wonder song for them, but it had great, meaningful lyrics. You have also got to love the raspy voice of this band's front man. It is truly an experience worth having. So, if you have a bit of extra time, definitely check this one out. It's worth the listen. 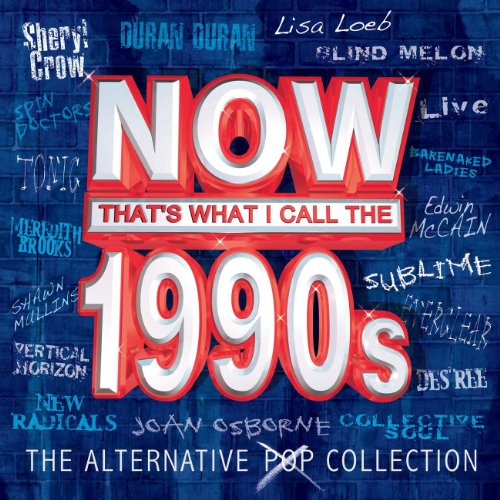 The 1990s was a great time for music. There were many different genres that were invented in this decade that we know cherish more than ever. If it weren't for bands like these, we wouldn't have the unique musical styles that we have today. We have not only major bands to thank, but also these quiet underdogs who stormed VH1 with their few hits. The musical experience of this decade is truly unforgettable. Those of us that grew up in it know the power that music held on us and the power that music still has on us to impact a society. I encourage you to make a mix-cd for your children, giving them the last good pieces of music that they will probably hear for a long time. These are the bands we should be appreciating most of all; not Justin Bieber or Miley Cyrus.