Ken Muise is a "sometimes contributor" to Infobarrel.  He is a featured author and gamer.  He collects toys and games like a big kid.
InfoBarrel is a writing platform for non-fiction, reference-based, informative content. Opinions expressed by InfoBarrel writers are their own.
InfoBarrel > Entertainment > Toys

World of Warcraft is probably the most popular massively multiplayer online role playing game (MMORPG)…ever.  Chances are you play “WoW”…or you know someone who does; friend, son, daughter, grandkid, spouse.  People play the hell out of WoW and right now the popularity of the game is at a high with the very popular expansion “Warlords of Draenor” being released in late 2014.

Funko POP! Vinyl figurines are the perfect way to catch the magic and adventure in a collectible and cute way of admiration.  Funko POP has all of the favorite and most popular WoW characters in their arsenal of cute figures. Whether you know someone who collects or just someone who may be interested displaying their love for World of Warcraft then these are the figurines for you or your collector.

The former Warchief of the orcish Horde clans, Thrall temporarily relinquished command to Garrosh Hellscream during the Cataclysm on Azeroth.  Thrall found it more important to assist in returning the elemental imbalance on Azeroth by leading the Earthen Ring’s fight against Twilight’s Hammer.  Thrall is currently an alliance friend as he and Garrosh are at odds and Thrall’s “gentleness” in dealing with the Alliance. 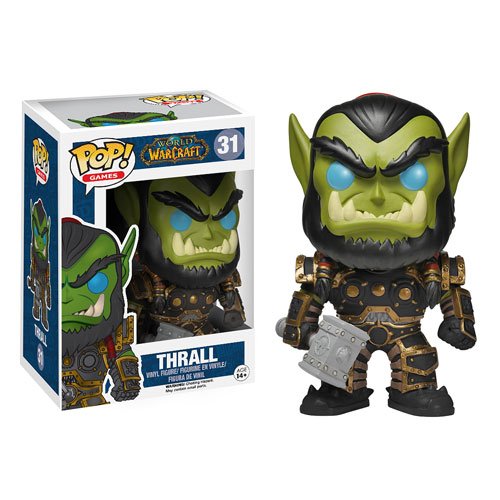 Son of King, Noble Paladin and romantic interest of Jaina Proudmoore had a promising future.  Then he went bad and became one of the most evil beings ever known in the land of Azeroth when he merged with the Lich King.  Although eventually defeated by both alliance and horde adventurers, Arthas and the Lich King will forever be WoW legend.

Formerly known as Netharion the Earthwarder, Deathwing the Destroyer is one of the original Dragon Aspects that World of Warcraft has deep in its lore.   Eons ago, Deathwing was given power by the Titans with dominion of the land and deep places in Azeroth.  As in all evil, though, he went bad-driven mad by the Old Gods.  During the War of the Ancients, Netharion turned on the other Aspects during an in game event known as the War of the Ancients.  Deathwing forever changed the face of Azeroth during the Cataclysm expansion. 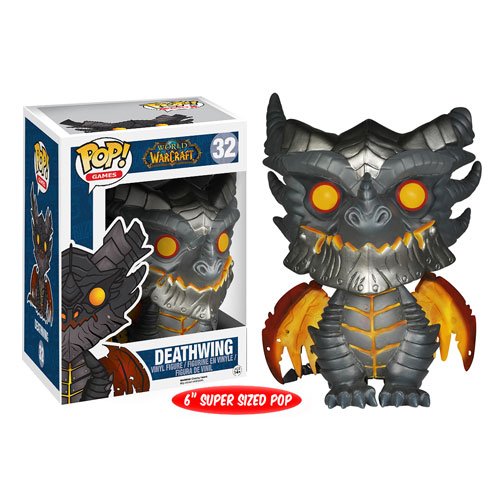 The Lord of Outland ruled from the Black Temple and became “neither Night Elf nor demon, but something more”.  Illidan was a favorite enemy during the World of Warcrat: The Burning Crusade expansion and to this day veteran players still go back to encounter him for sentimental purposes.  All in all, he was another gifted guy gone bad. Real bad.

Why did Funko make a vinyl figure of a small, common “trash” race on Azeroth?  Because they’re cute as hell, that’s why.  Once they see and engage you even their gurgling war cry is kind of cute.

The Murlocs are an amphibious, bipedal humanoid race that can be found on the coastlines, rivers, and lakeshores all around Azeroth.  Terrors as enemies, but cute as a button when collected in vinyl figurine form the Murloc Pop Funko is a gift that only a fan of WoW would truly appreciate. 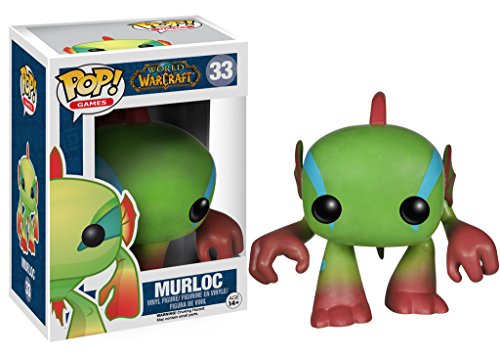 Sylvanas was once the Ranger-General of Silvermoon but was murdered by the number one figure on this list, Arthas (Lich King).  He brought her back, though, as an undead creature and under his total control.  After getting control of herself back she rebelled against the Lich King and was a key contributor in Arthas’ eventual downfall.