I love writing articles/listicles on motivation, people or project management, life hacks and about tips and tricks in using microsoft technologies and tools. Check out my favourite Infobarrel articles: 15 essential Excel keyboard shortcuts 10 best motivational movies of all time Interested in writing quality articles? Just sign up here and start writing.
InfoBarrel is a writing platform for non-fiction, reference-based, informative content. Opinions expressed by InfoBarrel writers are their own.
InfoBarrel > Entertainment > Film > Movies

Are you feeling low on energy due to personal circumstances and looking for some source to self motivate? The obvious choice for most of us would be to watch inspiring movies or videos to encourage ourselves to get that extra push from inside to get past tough times. When it comes to inspirational movies, wouldn't it be better, if we get to see movies based on true stories. I have lined up few movies that are in my top list, which lights up the fire inside, when we need them the most.

The movie is about the life of Jim Morris, a very skilled pitcher as a youth, who dreams of making it to Major League Baseball. Since his father disapproves his dream and the family moves to a new town which has never cared for baseball, Jim grows up without playing baseball in high school, fearing his father. He got a chance later, when he tears up his shoulder, ending his hopes for his dream. Later when Jim was working as a high school teacher and as a head baseball coach. To fulfil his promise to the team, Jim tries out for Tampa Bay Devil Rays at the age of 35, where he is throwing fast-balls at a staggering 98 mph. Initially being assigned to minor leagues, finally gets a call from the major league club for a game against Rangers. Jim got into the game to pitch to Royce Clayton and strikes out Royce on 3 straight fast-balls. He had a brief, but famous Major League Baseball career in 1999-2000. This inspiring story is a good example to believe that it's never too late to believe in your dreams.

Operation Valkyrie was a German emergency continuity of government operations plan in place during World War II. The film depicts about the plot by few German army officers to assassinate Adolf Hitler and to use Operation Valkyrie to take control of the country. The team of officers orders Colonel Von Stauffenberg to assassinate Hitler by deploying a bomb at his command bunker. The Colonel has almost succeeded in deploying the bomb, until the officer next to him moved the briefcase with the bomb to the side of the table. Hitler survived the blast with minor injuries, but the team proceeded with Operation Valkyrie assuming Hitler has died. When Hitler comes back and resumes control, the leaders heading the plot were executed one by one and on his turn the Colonel Stauffenberg dies saying "Long Live Sacred Germany". This film just gives some good feeling inside on seeing the bravery of the small bunch of officers standing against the mighty Hitler for what they believed as the Freedom, Justice and Honor. 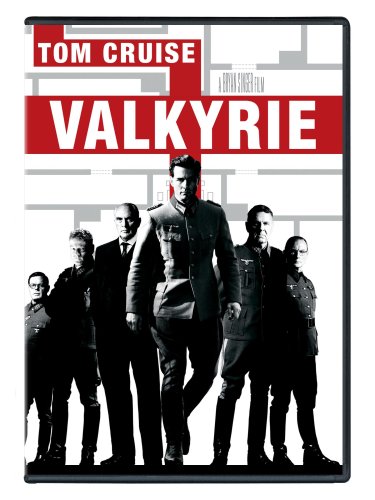 An Engineer and adventurer, Aron Ralston goes for a day of hiking to a remote canyon in Utah without telling anyone about where he was going. He slips and a boulder falls and traps his arm against the wall of canyon. He cannot move the boulder, cries for help but in vain, got trapped for more than 5 days, but still he did not lose his hope. He drank his urine for survival, used imagination to pass time, thought of his best moments in life and realized how beautiful his life is. Running out of time and options, he realized the only possible way for him to survive is by amputating his stuck arm. He cuts his hand and bone and escapes from the trap after being trapped for more than 5 days. Life is so precious and every second of it counts. Hope is the biggest strength and we should be ready to take tough decisions to move forward in life. The interesting part about this guy is that he continues hiking mountains even after this tragedy, but he always informs his family about where he was going.

Daniel E. (Rudy) Ruettiger, a physically small and mediocre student, whose dream is to play football for Notre Dame. Given the odds against his physical structure, this seems to be a nearly impossible goal to achieve, but Rudy had other plans. He just looked only at the possibilities that can give him an admission to Notre Dame and finally got the same during his final semester after many rejections. Rudy convinces his coach to give him a spot on the practice squad, then after lot of struggle gets him a place in the team but could not make it to the playing roster. Finally Rudy gets to play on the final kick-off in the season's final game, with support from his captain and other senior players in the team. This is what Rudy says through the film and in one of his telephonic interviews, "People need hope and they need to be inspired. They look for messages that will help them do that."

Miracle, is about the United States men's Ice Hockey team, that won the gold medal in 1980 Winter Olympics, lead by head coach Herb Brooks. Brooks took a ragtag squad of college kids up against the legendary juggernaut from the Soviet Union at the Olympic Games. Despite the long odds, Team USA carried the pride of a nation yearning from a distraction from world events. Here are the words from Brooks to the team just before going into the gold medal match, as show in the movie, "Great moments are born from great opportunity. And that's what you have here, tonight, boys. That's what you've earned here tonight. One game. If we played 'em ten times, they might win nine. But not this game. Not tonight. Tonight, we skate with them. Tonight, we stay with them. And we shut them down because we can! Tonight, WE are the greatest hockey team in the world. You were born to be hockey players. Every one of you. And you were meant to be here tonight. This is your time. Their time is done. It's over. I'm sick and tired of hearing about what a great hockey team the Soviets have. Screw them. This is your time. Now go out there and take it". You can grab the DVD combo of Miracle and The Rookie here.

This film is based on the true story of Vince Papale, who played for Philadelphia Eagles from 1976 to 1978. This film is more a character study than a sports film. This film concentrates more on the personal side of Vince, his friends, his wife who divorces him leaving behind a note that proclaims he is nothing. This film concentrates more on what it takes to have heart to achieve something in life. Vince gets into the training camp through the Eagle's open try out arranged by Head Coach Dick Vermeil. This simple story of a man beating the odds thorough sheer force of will is my favourite.

The true story of an athlete who achieved his greatest success against the most daunting odds of his life is brought to the screen in this historical drama. James Braddock, a professional boxer, whose carrier in the ring dried up due to series of hand injuries. During the Great Depression, James has to work in New York docks for pitiful wages to support his family. Desperate for money, despite being too old, out of shape and lack of training, James turned up to his former trainer and defeated John Griffin at Madison Square. In a nation desperate for good news, Braddock's surprising comeback became a tonic to struggling workers and unemployed people, and all eyes were on Braddock when in 1935 he took on powerful heavyweight champion Max Baer in what was both literally and figuratively the fight of his life.

2. The Pursuit Of Happyness

This film depicts the one year homeless struggle of Chris Gardner, a bright and talented but marginally employed salesman. Gardner lands an internship at a prestigious stock brokerage firm, he and his son endure many hardships, including living in shelters, in pursuit of his dream of a better life for the two of them, and he finally succeeds on that. Here is the famous quote from the movie, "You got a dream... You gotta protect it. People can't do something themselves, they want to tell you you can't do it. If you want something, go get it. Period."

The Secret is a self-help film, that uses a documentary format to present the Law of Attraction. The film includes interviews with professionals and authors in the fields of Quantum physics, psychology, metaphysics, coaching, theology, philosophy, finance, feng shui, medicine, and personal development. This film explains that things that happens in our life are the ones that we think in our mind. The law of attraction rounds off to, "Thoughts becomes Things" and this film demonstrates the importance of our thoughts and how to focus our thoughts towards our goals or needs.

'The Secret' is a must to see by everyone wanting or needing happiness in life. 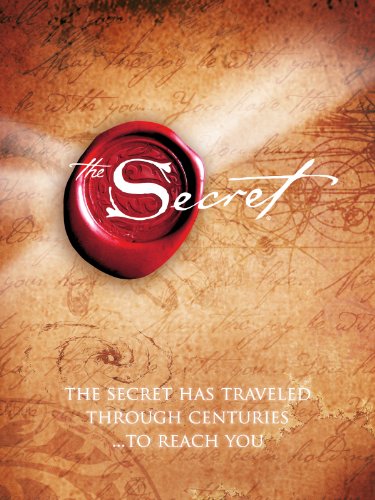