Thank you for visiting!  Please look out for my other top 10 articles here on InfoBarrel. They are poverty signs and English Literature books and for travellers there is a guide to Las Vegas hotels.
InfoBarrel is a writing platform for non-fiction, reference-based, informative content. Opinions expressed by InfoBarrel writers are their own.
InfoBarrel > Entertainment > Games

The 10 best Scrabble words to improve your play

As a Scrabble playing champion I wish to help others to achieve good scores when they play and these 10 Scrabble words are a good starting point. If you can memorize these ten Scrabble words then you will find that your game will improve as you utilize them during the play of the game.

It is extremely unlikely that you will get to play more than half of them in one game but once you are aware of the opportunities that exist with words such as QI and KA then you will become a better tactical player. 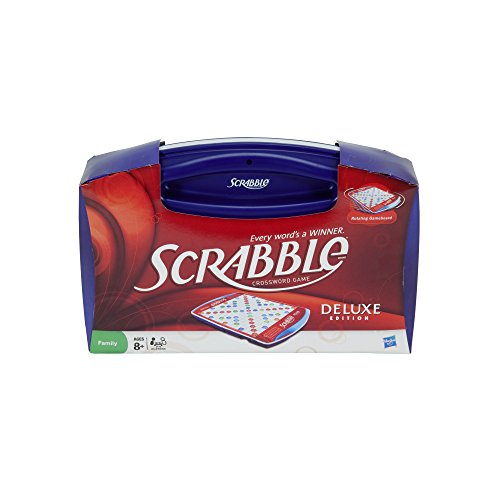 10 of the best Scrabble words

I have ignored the color of the scoring squares as this article refers to the best words to place in a Scrabble game rather than the tactical maneuvering plays against strong opponents. Obviously, the placing of high scoring letters on double and triple scoring squares will increase your score but for these purposes we are just looking at 10 words to remember when next you play Scrabble.

Playing Scrabble tactically in tournaments involves a different set of playing skills but the core job of finding high scoring words is what we are after here.

The meaning of the words

I have included what many would consider an ordinary word, ADIEU, in my top ten words because it can be so useful when you have a poor selection of letters (mainly vowels). An example would be a poor Scrabble tile rack containing the letters EUUIDIA and many players, new to the game, would exchange 6 of their tiles for new ones thereby losing their turn. Instead simple play the word ADIEU and score a few points whilst still getting 5 fresh letters for your next turn.

Some of the top ten words can be pluralized and the simple adding of an S later in the game can yield good scores, especially if you use the S as part of another scoring word.  Be careful as not all of them can have an S added. DZOS, JUTES and ADIEUS are alright for example but JOS and XUS are not valid Scrabble words, so I guess knowing your plurals is another tactic to learn.

Have Words with Friends instead of Scrabble

The electronic Words with Friends now comes to real life with its scrabble board game style. It is available for less than $20.

If you do not have a regular partner to play against then you could play an excellent version online, which is available on Facebook. There is also another app there called Words With Friends which is very similar to Scrabble and will help your playing skills to develop. Be careful with this one because some of the letter values are changed and the treble squares are moved. Good luck in your Scrabble play and I hope this article has helped you to become a better Scrabble player.

Classic Words with Friends board game

Wordosaur is free to play

Yet another version of Scrabble has become popular on Facebook. Alongside WWF comes this word game called Wordosaur. The board is very similar to the Scrabble one but the big difference here is that you have 8 letters to play with per turn. The advantage of word forming with 8 instead of WWF and Scrabble's 7 is that you can achieve much higher scoring points. Tactically it is different but a good Scrabble player will master it quickly.