The used car market is a wonderful thing.  It allows anyone to have access to a plethora of cars they otherwise couldn't dream of affording.  And while some of the cars on this list may be a little expensive to maintain, all of them can be had for less than $10,000.

Note that this list is in no particular order.  It's all about what appeals to you.

The Boxsters of the late 90s and early 2000s have aged beautifully.  To this day, they look stunning and turn heads.  For 10K, you can get these popular convertibles with less than 100,000 miles.  They've all got the famous flat six engine, with the S edition having 250 horsepower.  And they're not nearly as unreliable as you might expect from an older mid engine German sports roadster.  Doing your own labor will save you even more.

The Corvette is a car that is notorious for depreciating.  You can pick up a used C4 model with under 100,000 miles very cheap.  This is a 20+ year old sports car, so it may have some problems, but luckily it is pretty easy to work on and cheap to fix.  These cars are still incredibly fast by today's standards, and thanks to the used car market you don't have to be experiencing a mid-life crisis to be driving the American icon that is the Corvette.

While the RX-8's predecessor is becoming absurdly expensive, it's now possible to pick up a newer RX-8 for relatively cheap.  For $10,000, you can find one with less than 60,000 miles easy.  If you have ever wanted to experience a rotary engine, this could be your chance.  Of course, these cars had their own problems and quirks which should be researched before buying.  It's always important to look into how a used car was maintained before you purchase.  However, with the RX-8 you really want to make sure that you get one from an enthusiast who knew of the rigorous maintenance these rotaries required.

The MR2 Spyder was an ambitious design that doesn't appeal to everyone.  But for those that do appreciate this car, perhaps the Lotus-like appearance, finding these cars for such a low price is a real treat.  They're likely to be in the post 100K mileage range, but we're talking about Toyota here.  That means reliability, cheap parts, and brilliant build quality.  Unfortunately the MR2 is going to be one of the harder cars on this list to locate.  Not too many are out there, at least when compared with others like the Corvette.  Still, if you are one of the polarized people that love the timeless styling, they are out there, and they won't break the bank.

Like the MR2, the Solstice has styling that isn't going to appeal to everyone.  It seems that most people either love it or hate it.  If you happen to fall in the lover camp, then there are lots of these cars for sale.  For the 10K price point, they are going to have around 60,000 miles or less.  There is also the Saturn Sky, which is essentially the same car as the Solstice, for similar prices.  These cars are all pretty new, so mileage is rather low.  They don't seem to be holding their value very well, but if you are looking for a convertible made after 2007 for this low 10K price range, the Solstice just might be your best option.

To this day, the SLK has a beautiful, Hollywood-like design feel.  It's a timeless classic, and there are quite a few out there for under 10K.  Most of the ones you find will be under 100,000 miles.  It's probably best if you know a little about cars if you end up buying a higher mileage Benz, as it's likely to have developed some quirks or issues over its lifetime.  Still, it's the price you pay for such a beautiful car at an inexpensive price.  It'll turn heads, and it's almost the perfect stereotypical roadster car, almost like it was meant to star in movies.  Make the late 90s to early 2000s model yours.

Everything about the Audi TT just screams stylish.  The design of this car was ahead of its time back in 1998 when it was unveiled, and it remains more stylish than most new cars today.  Unfortunately, the repair bills to keep one of these on the road is not as lovely.  It definitely helps if you plan on doing some of the maintenance yourself.  Luckily, being an older Audi with the famous 1.8T engine, they are much easier to work on than cars like the SLK or Boxster.  Still, when shopping for a TT for under $10,000, the lower mileage you can find, the better.  And don't even consider getting one without the Quattro.

Keeping with the theme of early 2000s German roadsters is the BMW Z3.  This car was cool and turned heads back then, and it's still doing it now.  When buying a used one, you want to find an enthusiast-cared for car.  The BMW straight six engine will last forever, so worry more about how the car driven than the number on the odometer.

This is probably the most ambitious car purchase you can make.  Nothing spells unreliable like a cheap Alfa Romeo.  But on the other hand, nothing also says soul like Italian sports cars.  It's an argument you'll have to face, and a decision you probably want to discuss with your significant other prior to dropping the money on.  As part of your argument, you may want to show them some pictures of this iconic, famous, and timeless beauty.

This is like the opposite of the Alfa Romeo.  There's a reason that the Mazda MX-5 is the best selling sports car of all time.  They're striking, reliable, and incredibly fun to drive.  You can't go wrong buying one, whether it be an NA, NB, or NC.  They have a huge following, lots of friendly drivers who will wave when you pass, and tons of enthusiast clubs.  It's the kind of generation-defining car that has helped make thousands of people appreciate driving. 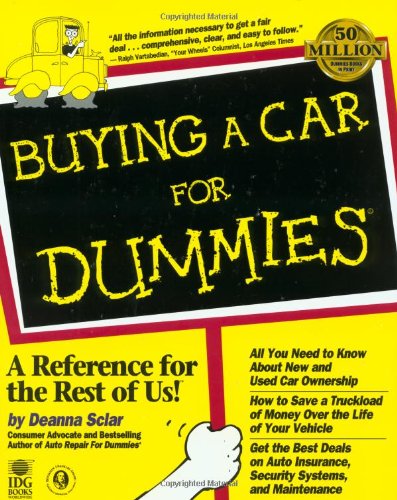