Check out this cool One Direction articles, including interesting facts about Niall Horan, Zayn Malik, Louis Tomlinson.
InfoBarrel is a writing platform for non-fiction, reference-based, informative content. Opinions expressed by InfoBarrel writers are their own.
InfoBarrel > Entertainment > Music

10 Facts About One Direction

Credit: Wikipedia.orgOne Direction is sweeping the country with their good looks, charming personalities and amazing voices. You might not know the guys did not know one another before joining the band, but they are now in a world of their own as successful singers.

One Direction came together in London in 2010. In a short time, the five young men skyrocketed to fame. The One Direction band includes Harry Styles, Zayn Malik, Liam Payne, Niall Horan and Louis Tomlinson. Here are ten facts about One Direction to help you get to know more about the handsome crooners.

Credit: Wikipedia.orgThese facts about One Direction prove to fans and people all over the globe, this band is taking the world by storm. Through hard work at such a young age, the guys are growing into young men and entertaining all of us with their talents. It's only the beginning for One Direction. 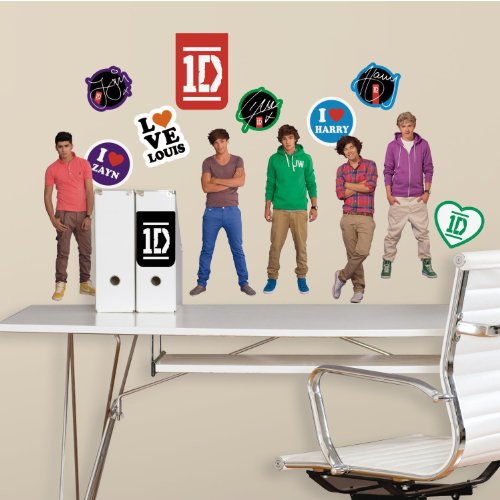 RoomMates RMK2135SCS 1-Direction Peel and Stick Wall DecalAmazon Price: $9.97 Too low to display Buy Now(price as of Oct 9, 2013)
Next >> Learn to Love Classical Music. Find Out What Amazing Songs You May Have Been Missing!