Some of the best places are those that are pulled right from the fantastical imaginations of their creators. However, just because a location isn't real in the traditional sense doesn’t mean the avid traveler can’t visit. Some fictional places have been brought to life through movies and other media where the sets still stand today, but even the most magical places have some basis in reality. Many fictional places were inspired by real world locations where, with enough vision and imagination, visitors can see the same awe-inspiring wonder that inspired the likes of Hogwarts and Narnia when they were brought to life for the big screen.

No matter whether you think Frozen fans should just let it go already, there is no arguing that the verdant coastal mountains of Arendelle are positively jealousy-inducing. However, animators didn’t just pluck the location from nowhere. While no one has ever shared their inspirations, visitors to Naeroyfjord in Norway have noticed some striking similarities between the two locations. As well as being a UNESCO World Heritage Site, Naeroyfjord is renowned as the world’s longest and deepest fjords. The enchanting landscape that just seems to go on forever is absolutely breath-taking. Naeroyfjord and its similarities to Arendelle have not gone unnoticed by the world, the resulting Adventures by Disney cruise that runs through the area has seen a massive surge in tourism to Norway.

While travelers can get a pretty stunning Hogwarts recreation experience at Universal Studios theme park in Orlando, Florida, there have been a number of real world locations that helped bring the magical world of Harry Potter to life. While the inspiration for Hogwarts castle (Alnwick Castle, Northumberland, England) is far less grand, the resplendent greens that surround the castle are just as grand in real life as they are in the films.

Glencoe, Scotland was famous long before Harry Potter for being beautiful, but its intact set pieces have just made things more attractive. First used in Harry Potter and the Prisoner of Azkaban, Glencoe features dramatic green hills and Hagrid’s Hut complete with massive pumpkin patch. While there are other less famous set pieces in the area, Hagrid’s Hut remains the primary attraction, although the scenic backdrop used for those sweeping views throughout the movies is equally as interesting.

King's Landing from Game of Thrones

From Iceland to Morocco, the Game of Thrones cast has travelled all over the world to appropriately capture the scintillating landscapes of Westeros and Essos beyond the Narrow Sea. Just one of the show’s captivating locales lands the crew in Malta where they filmed a number of scenes that would later make up Westerosi capital city King’s Landing. While the show was almost kicked off the island for the “lewd” content involving Khal Drogo’s wedding, they managed to stick around long enough to get scenes filmed in the ancient city of Mdina. Although greatly enhanced by CGI, Malta’s old capital city is featured with aerial views of its imposing star-shaped city walls with landmarks like the Mdina Gate serving as the entrance to

King’s Landing and Fort Ricasoli with its unique twisting columns serving as the entrance to the Red Keep. Unfortunately, as a mostly inland city, Mdina is not quite complete as the coastal King’s Landing. For sweeping scenes over the port, producers instead turned to the seaside beauty at Dubrovnik, Croatia whose aerial views perfectly capture the crowded squalor of lower King’s Landing. 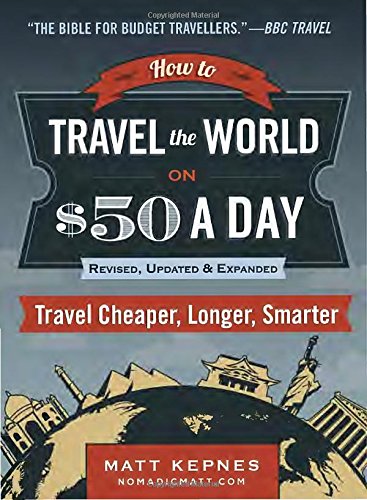 Mordor from Lord of the Rings

New Zealand is famous for its backdrop in the Lord of the Rings trilogy. Watching the characters trek across mountainous ridges that kiss the skies inspired a whole generation of hikers to head to New Zealand. However, when it comes to the bleak desolation of Mordor, it is hard to believe something like that could exist among New Zealand’s rugged green landscape, but it does. The jagged volcanic rock formations and eerily barren landscape that surrounds Mount Tongariro in Tongariro National Park made for the perfect location of ominous Mt. Doom. While visitors have been known to hike to the summit and throw their rings into Mount Ngauruhoe, there a lot more to the Mount Tongariro area than just fantasy fandom.

Film crews took special care while filming around Mount Tongariro. Not only did they skip filming the summits of the volcanoes in the area out of respect to the Maori people who hold them sacred, the ecosystem around Mount Tongariro is particularly delicate. Due to the precarious nature of the environment and difficulty of access to some locations, guided tours of Mount Tongariro are nearly a must. However, due to New Zealand’s sizeable Lord of the Rings tourism industry, they are not hard to find.

Originally a survival horror video game developed by Konami in 1999, Silent Hill was later adapted into a movie in 2006 that brought the terrifying nightmare to audiences everywhere that were too terrified to play the game. Although the game developers inspirations have been sparsely discussed, when movie director Christophe Gans began adapting the video game to film, he was inspired by the eerie town of Centralia, Pennsylvania.

While there are probably no monsters that draw on the psyche of their visitors in Centralia, it bears a striking number of similarities to fictional Silent Hill from the movies. Like Silent Hill was set in the coal mining region of West Virginia, Centralia is nestled deep in the heart of Pennsylvania coal country. While ash doesn’t rain down on the city, it is known for its thick fog that mixes with the noxious gases and steam venting from the mines underground. Like the movie fate of Silent Hill, Centralia was abandoned 30+ years ago due to an underground mine fires. The mines still burn to this day making the area unlivable and dangerous to visit. However, the ground that will eventually cave into the Earth hasn’t stopped many Silent Hill junkies.

Narnia from The Chronicles of Narnia

Like with Lord of the Rings, New Zealand was selected to film a vast variety of scenes in the Chronicles of Narnia movies. Also like Lord of the Rings, New Zealand has embraced the movie fame and market Oamaru and the surrounding area on the South Island for tourism from both movie series. Chosen for its dramatic landscape and temperate climates, Oamaru holds a literal treasure trove of locations in fictional Narnia.

High in the Southern Alps of the South Island, the area with deep valleys and tortured rocks known as Flock Hill serves as the setting for Narnia’s Great Battle while the ancient Elephant Rocks just outside of Oamaru were transformed into Aslan’s Camp. While the grand castle of Cair Paravel was melted into the scenery with CGI, Purakaunui Bay served as the set for the castle’s dramatic coastal scenery.

While director James Cameron was captivated by the beauty of Kauai, Hawaii enough to pepper it with CGI and transform it into Pandora for his mega-hit Avatar, even he didn’t know there was another place on Earth that bore a closer resemblance to his fictional planet. The wilds of Kauai were dotted with floating mountains and otherworldly plants and wildlife. However, while the Zhangjiajie National Forest may want for the fictional wildlife and vegetation, its striking peaks need no help looking like Pandora’s floating mountains. With thick fog that settles in the jungles below, the dramatic spires look as though the float in the sky. Perhaps James Cameron could have saved some money on CGI by shooting here.

The Shire from Lord of the Rings

After filming, most movie sets are dismantled and the natural area is renewed to its former state. However, in the rural area outside of Matamata on New Zealand’s North Island, the small burrows of Hobbiton still stand. Peter Jackson described the land belonging to Alexander Farms as a “slice of ancient England,” where the fields and rolling hills made for the perfect setting for the fictional Shire area of Middle Earth. Although it took some work digging, growing and building the 37 hobbit homes in Hobbiton, it was soon transformed into a location straight from the books.

While the set was not built to last, owners of the farm loved it so much, they have seen it maintained. Something that was particularly helpful when Peter Jackson returned to film scenes in The Hobbit trilogy some years later. In between filming, Hobbiton has been a popular location in New Zealand’s wide array of Lord of the Rings tours where tourist can take a pleasant walk in the Shire. However, as the interior scenes of the homes were shot elsewhere, none are fit to be entered.

Jurassic Park was primarily filmed throughout a number of soundstages where animatronics and CGI helped bring the wonder of dinosaurs to life. However, while the quick and vicious velociraptors and the powerful T-Rex thrilled audiences, everyone remembers the dramatic sweeping views of Jurassic Park island set to memorable score by John Williams. The sweeping vistas of the island is one scene that could never be recreated on a soundstage. The initial shots of Jurassic Park island can be found along Kauai’s idyllic Na Pali Coast.

With green covered volcanic cliffs, hidden waterfalls, and a crystal clear coast, the Na Pali Coast is the picture of paradise. However, the difficult access to the area is what has kept it so beautiful all these years. Helicopter rides, sea kayaks and a number of challenging hikes through the Na Pali Coast remain popular ways to get the Jurassic Park experience, even if Hawaii doesn’t have any dinosaurs.

A Sunday is just not complete without having a sit down to watch the latest trials and tribulations of those on Downton Abbey, but when it's not on, Highclere Castle is as close as one can get to the real deal. Highclere Castle in Berkshire is the Victorian manor home that has belonged to the prestigious Lord Carnarvon family since 1679. As Downton Abbey writer Julian Fellowes has been a longtime friend of the Carnarvons, he had Highclere in mind when penning the series. Both the exterior and interior of Highclere Castle are used for filming, but visitors can still get the Downton Abbey experience. With tickets sold to the castle, visitors can sip tea, stroll the gardens and relish their time among the sumptuous décor. 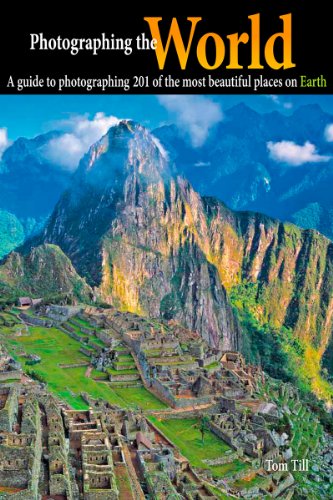 Photographing the World: A Guide to Photographing 201 of the Most Beautiful Places on Earth Amazon Price: $27.95 $16.37 Buy Now(price as of Nov 8, 2015)
Next >> A Punishing Hike to Mt. Ypsilon in Rocky Mountain National Park