New York City is the most populous city in the United States of America. It is known by many names and reigns many titles. There is nothing like a week-long vacation to one of the biggest cities in the world. There is so much to experience and so much to see; it would be kinda hard to do everything in a week, but there are at least a number of things that you cannot leave New York without doing. 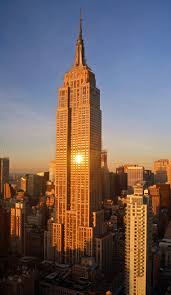 Six Flags does not even compare to the remarkable, historical Coney Island. Farris wheel, rollercoasters, and amazing food, it just doesn't get any better! Other than being at one of the most famous amusement sites in the world, you get to have fun! So hold on tight because trust me you're going to love it! Whoo!!!

I know it may sound disgusting but dirty water dogs are the best! Hot dogs, of course! You may not be a fan of hot dogs but once you try an authentic NYC dirty water dog you will fall in love. A dirty water dog is the mother of all hot dogs. Don't be too grossed out by the name it is delicious! Seriously, you have to try one!

4. Take a Ride on the Subway

Disregard any of the negative things you've heard about the subway. You have to ride it. It may not be the most exciting part of your trip but, it is definitely worth experiencing. When you ride the subway it gives you that big-city person type feeling. If you're to chicken, then fine don't ride the subway, but ever say that you didn't get the chance to finally face your fears.

On a nice sunny day in New York there is nothing better to do than shop. 5th Avenue is so famous for its exquisite shops along its strip; if it is too a little pricey there's nothing like a great day of window shopping. Get all the name brand stores on one street. What more could a girl ask for and even guys, I won't discriminate.

Everyone wants to be able to say they've seen a Broadway show. It's a good thing there are so many shows that available. You have to see one of these shows. It may not be your cup of tea, but who knows maybe one day you'll have the next leading role!

In NYC there are so many restaurants and food varieties to choose from but, you have not had the full New York experience until you try the pizza. What makes the New York pizza so good, some say it's because of the abundance of Italian immigrants; others say it's the water, but whatever it may be it is absolutely unbeatable. I promise, once you try the pizza you'll never want Dominos again.

No, I'm not talking about the love game reality where everyone is trying to steal the heart of Tiffany Pollard. I'm talking about that cheesy t-shirt seen almost everywhere.It may be one of the most well-known graphic tees in the U.S. and that's exactly why you have to buy one. The meaning of these t-shirts is something more than just "I heart New York" but it has a sacred meaning. When you buy one of these shirts wear it with pride. "Yes, I do love New York and everything about it!" 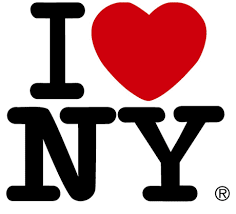 When in New York, do as the New Yorkesr do, but don't over do it. No body likes to get the impression that there being mocked especially if you're terrible at the accent. Take notes; listen to the people of New York and soon you'll be a master at the New York way of speaking. But, if all else fails stick to what you know.

Finally and probably the most important thing to do on your list before leaving New York is to simply have fun. New York is filled with so many attractions but,  you may not get to see them all in one day. The important thing is that you got experience what you could or what was important to you. Either way I hope you fully enjoy your trip to New York City. It's worth it!!! Muah!!!!