If you would like to learn more about living in Alaska, please take a look at my blog or at this page about a typical day in Alaska.  Thanks for reading!
InfoBarrel is a writing platform for non-fiction, reference-based, informative content. Opinions expressed by InfoBarrel writers are their own.
InfoBarrel > Travel & Places > Travel Advice

5 Ways to Tick Off Alaskans - Start the Count Down Johnny!

Anyone who has done any amount of traveling knows that there are good ways to make an impression and then there's getting off on the wrong foot with all the locals.  While living in Alaska I enjoyed the company of amazing people and amazing hospitality.  Most people I found were perfectly fine with tourism - and you'll find Alaskans are uniquely themselves and more than happy to greet visitors, but living in an environment like that fosters a heavy no-nonsense attitude (you don't make it through long bitterly dark winters without one).  This means there are certain recurring practices or mistakes many visitors would make that instantly starts things off on the right foot.

If you want to increase your chances of getting along with the locals (which increases the chances of finding the best hole in the wall spots or once in a lifetime adventures from people who would know) then try avoiding the following ten mistakes which will often go from getting an Alaskan jovial to making us stand-offish at best.

So in no particular order, here are 10 ways to completely alienate an Alaskan resident:

I know this is a general dislike anywhere, but there are very few roads leading from Anchorage to many popular tourist destinations.  We realize the state is beautiful with the mountains, wildlife, ocean, and the sudden appearance of mountain goats or a pod of whales is something to see...but that's why there are spots every few miles with places to pull over and signs that tell you to pull over if there are more than 5 cars stacked behind you.  Those roads are extremely dangerous because of impatient or stupid drivers.  There's more than one eagle, whale, mountain goat, or amazing picture in Alaska - we promise.  Don't risk traffic behind you - pull over if you want the picture that bad.

#9: Ask if we speak English

Seriously.  This was like meeting people in California who wanted to know if Iowa had indoor plumbing when I was in high school.  What do you expect Alaskans to speak?  Alaska has been owned by the United States for 146 years and counting, and there were never many Russians in Alaska to begin with.  Besides, do you really think during nearly 50 years of the Cold War the U.S. would put up with a state speaking Russian?  This question is just general idiocy.

First of all contrary to national belief, the Palin family isn't even the Alaskan equivalent of the Bushes.  That would be the Murkowskis.  Do you personally know 7,000 people?  How about 3,500?  Even with Alaska's population, the Palins would need to know 7,000 people to have a 1% chance of a random Alaskan knowing them.  You live in California?  Do you know Brad Pitt?  See how stupid that sounds?

Don't ask us if we can see Russia from our backyards, either.  You won't come across as funny, you'll come across as an idiot or a dick.  There are also enough survivalist types that the idiot factor just shoots through the roof.

#7: Complain about the price of alcohol

Yes, alcohol is very expensive in Alaska.  Especially if you want hard liquor drinks.  Everything is more expensive, but think about this: you're visiting and complaining about the price of beer or spirits.  Try going six months without sunlight and a huge tolerance and paying those Alaska bar prices.  Believe me, we know drinks are expensive.  Those of us crazy enough to stay in Alaska during the winter know all about it.  We're not going to be sympathetic.  So please, just don't complain about the prices.  Besides, there are amazing microbrews throughout Alaska so if you can't enjoy the best oatmeal cream stout or microbrewed red lager of your life, then just order a PBR.  Most bars have those for a buck.

Gun laws in Alaska are loose, because they have to be.  You can open carry as long as you're over 18 and not a felon (as of 2013 - always check up before your trip to make sure).  If you're carrying a .22 like you're protected while camping, you're an idiot and we all know it.  First of all, just avoid the bears.  Two, use bear pepper spray because it's simply much more effective without the side effect of potentially sending bullets into another campsite.  Three, all using a .22 will do is get you mauled, stomped on, or eaten.  That's it.  If you have a .22 what you need to do is get a can of bear spray and use common sense to stay away from the stuff that can kill you.

Some reading material to prep you for the trip 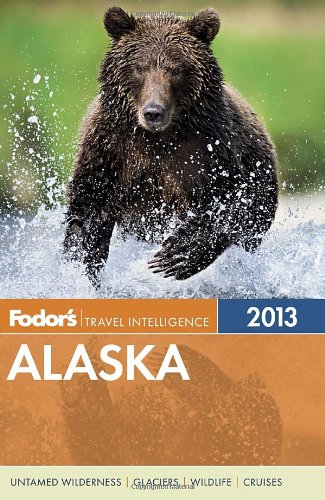 Fodor's Alaska 2013 (Full-color Travel Guide)Amazon Price: $21.99 $14.85 Buy Now(price as of Aug 11, 2013)
Great overall travel guide that can give you a sense of what each region of Alaska has to offer you. If this is your first time, it's not a bad idea at all to get a travel guide to help you jump from place to place on that first visit.

Take a gander at this Alaska slideshow video

5 More Ways to Alienate the Locals

Still here?  Haven't pissed off a local yet?  Well good deal!  If you've survived this far then maybe you have a chance to finish up and make that great first impression with some new Alaska buddies.  Well, unless you make one of the following mistakes:

This is a huge one.  We don't mind sharing our lakes, streams, and rivers - but it gets awfully crowded around the water fronts and no one likes losing a big trophy fish because the idiot next to you doesn't bring their line in and it gets tangled.  Ditto with getting a hook in the face due to a sloppy cast.  Be careful around fishing areas and follow the basic rules and etiquette you would expect from anyone visiting your favorite spot.

Look, some people will mean this as a mild slam, but here's a simple fact: if you're not a resident of Alaska or Hawaii and you're from the United States, you're from the Lower 48.  This isn't something offensive, it's a fact of residency.  It also brings up something that should make a dream trip to Alaska even more interesting for you: Alaska is not like any other state.  In fact the state of Alaska, its people, its culture, and the common way of life up there is much more like another country than any part of the U.S.  Enjoy this and embrace it and you'll have a true chance to see the real Alaska and enjoy the hell out of it.  So tell us about where you're from if you are from the Lower 48 and what you like most about our state.

Despite what residents in Anchorage may tell you to the contrary, Anchorage is not Alaska.  In fact if you want to win a few bonus points in Fairbanks, Juneau, Soldotna, or Homer just mention Seattle Junior being too phony and you'll win some points.  Aside from the derogatory name of "Seattle Junior," there's a common saying about Anchorage: the best thing about it is that it is so close to Alaska.

#2: Call Denali by its "offical name" of Mount McKinley

Geography books will tell you Mount McKinley is the largest mountain peak in North America.  They're right except they got the name wrong.  Everybody calls it by its original name: Denali.  McKinley was a U.S. President hailing from Ohio who never visited Alaska once, and the peak was named after him as a sort of kiss-up when Alaskans didn't have any governing rights over themselves.  The name of the peak is Denali, and that's what every person in Alaska is going to call it - the survival of that name is not in question.  If you want to look good with locals, call the mountain Denali.

#1: Never use the word eskimo

While the term eskimo is used as an umbrella term to describe native tribes from that area, it's kind of seen as deragatory like the word "Indians."  There are Yupiks, Inuits, Athabascans, Aleuts, Inupiaqs, and many others - but there is no one who goes by the term eskimo.  Knowing this alone goes a long way towards building good will, and while living in Alaska I had many great conversations based on polite questions asking about the difference between Yupiks and Athabascans, or other similar topics.  Respecting and recognizing these differences will go a long way to earning you brownie points, and maybe even a meal invite - which is a great experience in and of itself!

Take a look at Alaska on Amazon Video 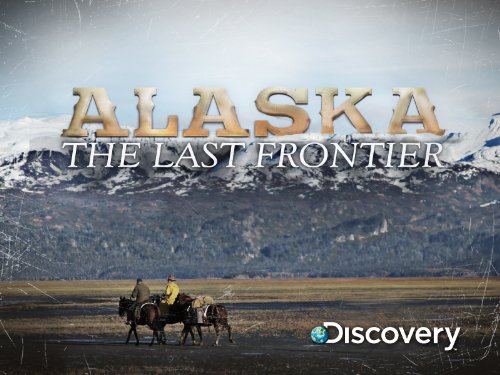 Before the FreezeAmazon Price: $1.99 Buy Now(price as of Aug 11, 2013)
Take a close up look of Alaska's wilderness as part of the Last Frontier. 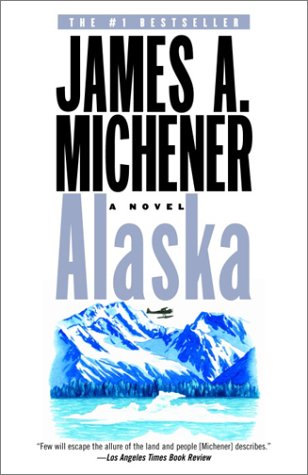 Alaska: A NovelAmazon Price: $17.00 $8.59 Buy Now(price as of Aug 11, 2013)
This was actually the paperback I was reading when I first was moving to Alaska for graduate school. Not the most practical from a tourist stand point but an amazing story with a great and honest look at the history of the 49th state.
Next >> How to Travel on a Budget (tips & tricks)