10 Celebrities That Prematurely Passed Away

They died too soon

It is always sad when one hears of an artist full of talent passes away prematurely. A celebritiy's life is one that is constantly in the lime-light. You and I have the pleasure and privilege of privacy, but when one has incredible talent and is taken notice by the public, we often put them on a pedestal. We admire and enjoy their skill and often we see celebrities and artists as products and we forget they are human just like you and me. They have weaknesses, they too make wrong decisions but the difference is that their mistakes and choices are amplified by media. The pressures of this lifestyle must indeed be great, and it is sad that sometimes we forget the pressure our role models endure, only to realise it too late. May the names and stories that follow rest in peace.

Jimi Hendrix was one of the most popular musicians of the 60's. He enjoyed huge success both in England and in United States. Hendrix died suspiciously at the tender age of 27, supposedly caused by a mixture of sleeping pills and alcohol, culminating in death by asphyxiation. Some believed that Hendrix's death was a result of suicide, whilst many believed, due to the suspicious circumstances, that he was murdered. There are a number of curious circumstances that surrounds this legend's death. Hendrix was found dead at his girlfriend, Monika Dannemann's flat. She claimed that he was sleeping normally and she even went out to buy cigarettes, on her return she found him vomiting and having difficulty breathing. She called for the ambulance and Hendrix supposedly suffocated en-route to the hospital. The ambulance attendants remember a different story, which contradicts that of Dannemann. Apparently the apartment was empty except for Hendrix's deceased body, which curiously had a low blood-alcohol content compared to the excess amount in his stomach and hair. This means he drank so fast that the alcohol didn't even have to time to enter his blood stream. Many theorists suggest Hendrix was purposefully taken out. His manager, Mike Jeffery, had connections to the mob, potentially putting Hendrix in harm's way. Hendrix also apparently had a million dollar insurance policy, which saw Jeffery as the beneficiary, which gives him motive. Another theory states that the F.B.I, who had a counter intelligence program flagged Hendrix as a “subversive” threat, due to his ability to motivate the masses with his music, and influencing many around the U.S and the world.

Tupak was a popular rapper, who enjoyed much success in the early 90's until he was shot and killed in 1996 at the young age of only 25. Tupak had previously been shot in 1994, and believed that rapper, Biggie Smalls (Notorious B.I.G) and one of Shakur's friend, Randy Walker, were involved. Shakur's murder was never solved, although many believe that Biggie Smalls was someway responsible. Tupak was in a car, when another car pulled up and one of the occupants fired several shots at Shakur, who passed away later in hospital. Strangely, Tupak's friend, Randy Walker, was killed a year after the attack on Tupak in 1994 and Biggie Smalls died in 1997, a year after Tupak's death. Biggie was murdered the same way as Tupak Shakur.

Heath Ledger passed away at the age of 28, and came as a shock to many. Heath Ledger was a popular actor who was well-known in roles in movies such as 10 things I hate about you, Brokeback Mountain and played the Joker in The Dark Knight, which received much attention as it was to be released months after his death. Ledger was found unresponsive in his apartment in January 2008. Prior to Heath's death he was experiencing insomnia, and was taking sleeping pills which were thought to be the cause of death. There is plenty speculation around Heath Ledger's death, but was ruled as an accidental death caused by drugs. 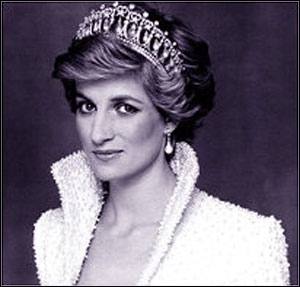 Princess Diana and her boyfriend Dodi Al Fayed were being driven in Paris, shortly after midnight on August 31st, 1997, when their driver lost control of their car and plunged straight into a support pillar. There are so many theories and conspiracies surrounding this death. The driver of the car was supposedly evading paparazzi and was driving faster than the recommended limit, with reports suggesting speeds of over 65 and even 90 mph. Al Fayed died on the scene along with the driver. Princess Diana passed away hours later in hospital. More than 3 million people came to mourn at her funeral in Westminster Abbey. 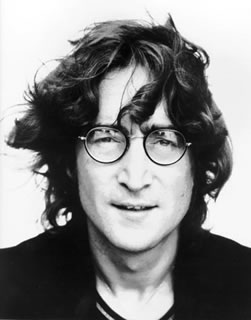 Who knew spreading love and joy through music was a dangerous business? After an evening recording session on December 8, 1980, John and Yoko were on their way back to their apartment in New York, where Mark David Chapman was waiting in the shadows of their building's archway. Chapman was an obsessed fan who approached John earlier that day for an autograph and a photo. Chapman fired five hollow-point rounds at Lennon, with four of them hitting Lennon causing critical injuries, with one of the shots puncturing his aorta. John Lennon was pronounced dead upon arrival at St. Luke's-Roosevelt Hospital, due to blood loss. 100,000 people gathered in Central Park on Sunday 14th December for a 10 minute silent tribute to the slain star. He was 40 years old.

Bruce Lee is, without a doubt, one of the most popular and influential martial artists of all time. He was 32 when he died in 1973 after taking a painkiller to help cure his headache. The painkiller contained a muscle relaxant, which is thought to have been responsible for his death. The exact cause is if his death is still unknown. There are even conspiracy theories which suggest that a secret martial arts cult was responsible for Bruce's untimely death, because they didn't appreciate him sharing eastern martial arts secrets with the western world. Like father, like son. Brandon Lee also became an iconic martial arts film star. At the time of his death, Brandon Lee was filming the action movie, The Crow, when a live round that was used in a previous scene, got lodged in the barrel of the gun. When the blank round went off, it caused the live round to go off entering his abdomen. Although it was decided his death was an accident, there are many who believe that it happened as part of curse, due to the mysterious death of his father two decades earlier. Another theory is the secret martial arts cult were responsible for his death. Brandon Lee died at the age of 28. Marilyn Monroe is still an icon for woman's beauty. Marilyn Monroe had huge success in the 1950's as an actress, singer and pin-up model and was in iconic roles such as Some like it hot and Gentleman prefer blondes. Marilyn suffered illnesses and other problems and in 1962 at the age 36, she was found dead in her home. Whilst it is thought that her death was an accidental overdose, it is still shrouded by mystery to this day. Some believed it was suicide, while other believe that it was her connections with JFK and Sinatra that could have played a role in her death, or possibly murder. Kurt Cobain was the singer and guitarist in 90's grunge band, Nirvana. Kurt was troubled by personal demons, illnesses and a drug addiction - which was supposedly the result of him finding a cure for his illnesses. Kurt suffered from depression and ended up in hospital due to an overdose of drugs and alcohol. Many believed this was a suicide attempt. In the days leading up to Kurt's death, he went missing but was eventually found dead by a shotgun wound to the head and a suicide note. Some people, including his wife Courtney Love and the private investigator she hired, think Kurt may gave been murdered. He was only 27.

Who is Heather O'Rourke? This was an interesting one I found. Heather O'Rourke was the young actress who starred in the Poltergeist films. Heather was sadly only 12 years old when she passed away in 1988 due to illness she contracted during the filming of the third Poltergeist movie. Her death was made mysterious due to the fact that several other cast/crew members died from illness, whilst two of them were murdered, leading many to believe that the Poltergeist movies were cursed.

A celebrity's life is much more than a commodity. Their life is one that is dedicated to their art, unfortunately us, the public, and the industry often put unnecessary stress, strain and pressure on their lives. All they originally wanted was a means to explore,express and share their unique and incredible talent, only to find a cul-de-sac. May their art live on and may we remember them not as a commodity or product, but as artists who have contributed to their craft and our lives.