Pokemon has been a multi-million global phenomenon for almost 20 years, something that has made Pokemon Go, an otherwise ‘meh’ game, so successful. With awesome branding, good merchandise capability, and, of course, some super cute creatures, it has seen nothing but success. However, while life-long fans can see the noticeable lack of trying with the more recent generations of Pokemon, many of these little battle slaves actually have some truly awesome real world inspirations.

This means that, while unlikely, at some point you could be out there playing Pokemon Go and actually run into creatures that look just like what you are trying to catch. However, you should probably just leave the real world inspirations of Pokemon wherever you find them, for nature’s sake, and all.

Anyone with eyes and a middle school education will be able to suss out that poliwag is based on a tadpole. However, the distinct design choice of giving Poliwag a swirl on its stomach wasn’t actually random. Some tadpoles are born semi-translucent, and if you get up close you can see a distinct swirl on them. That is actually their swirled digestive systems.

Like Poliwag, yes, Caterpie is very obviously a caterpillar. However, it is an oddly specific caterpillar, more specifically, a Eastern Tiger Swallowtail Caterpillar. Native to the eastern United States, most people will have seen this real world caterpillar’s evolved form, a butterfly with attractive tiger strips. However, the caterpillar sports a very distinctive orange horn that it can extend from inside itself to defend against predators by emitting a distinctly smelly liquid.

Chamander… Salamander. It is kind of a no-brainer. However, only in the United States will you find a salamander that is red. While this salamander loses its color as it gets older, turning into an orangish-brown creature, they use their color to ward off predators that think them to be poisonous. Unfortunately, they won’t be spitting fire at you, they lack lungs, only breathing through their skin.

While this already kind of terrifying plant may bring vague recollections to the Venus flytrap, Victreebel has its origins firmly with another plant – the pitcher plant. Like the fangs on the Pokemon suggest, the pitcher plant is carnivorous, luring its prey, like mice, inside of its pitcher and closing the door while it digests them alive.

Think that Vileplume was just based on a random pretty flower? Think again! It actually looks strikingly like a Rafflesia Arnoldii, the largest flower on Earth at about three feet in diameter. Native to Indonesia, the appearance of this flower not only inspired Vileplume’s appearance, but likely its name. In its home country, the flower has the nickname of the “corpse flower” for its utterly horrid smell that it uses to attract flies in order to carry pollen to reproduce.

While you may see Kabuto and think “headcrabs!” ala Half-Life, these terrifying creatures exist in our world, thankfully hidden under water. Found all over the Pacific Ocean, the giant isopod is one of the largest arthropods alive. Their size helps them live in the darkest bits of the terrifying ocean where they can gorge themselves on the flesh of fish and other creatures. 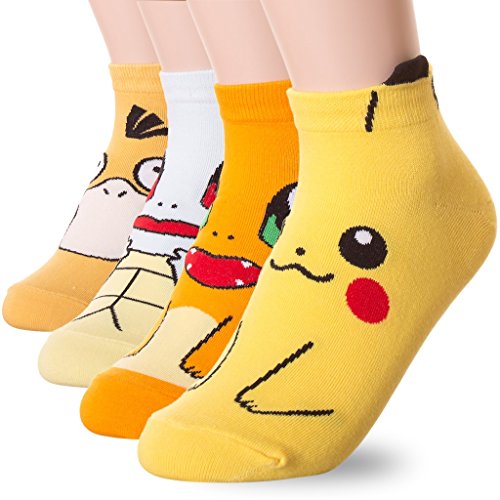 Before The Last of Us brought real nightmares to life in the form of (actually very real) zombifying fungi, Pokemon, unbeknownst to us, showed it to us in the form of Parasect. While the Cordyceps genus of fungi doesn’t look like a cute mushroom hiding a crab, it fits with the Parasect’s origin story. This parasitic fungi grows within their host body, eventually manipulating its behavior so that it can continue to thrive and reproduce. Typically, it only effect insects like cicadas or ants.

The sandslash is a tough-looking little Pokemon with its spiked scales and sharp claws, and yes, there is a similarly tough-looking creature out there – the pangolin. Native to Asia and Africa, the pangolin is covered with an armor of protective keratin scales and uses its snout to effectively eat ants and other insects. Unfortunately, this creature is also one of the most hunted creatures in the world with people prizing both their meat and strong scales.

Magikarp and its splash attack are far too silly to be found in the wild, right? Wrong! Found in the colder regions of the Pacific Ocean, the yelloweye rockfish, when out of the water, bears the same red color and strikingly surprised appearance as the magikarp. While also known as the “red snapper,” it is different than its warm water brethren which formally bears the name. Unfortunately for those that want a real-life gyarados, this fish is actually being considered as an addition on the endangered species list.

This one isn’t a stretch. Like eevee, the red fox is adorable, red in color, and has those lengthy ears that it uses to detect even the slightest sound in its surrounding. Found throughout the world, the red fox actually has one of the best abilities to adapt to its surroundings of any mammal (except humans!) which makes sense considering eevee’s wide range of evolutions.

While Shellos looks vaguely like a seahorse, I mean, compared to horsea, but you know what it definitely looks like without any vagueness? The chromodoris lochi, which is a species of sea slug. It is blue and it is wavy, the only difference is that it has those striking yellow horns. Maybe it could be a sea slug riding a seahorse.

Kingler is definitely a crab, no argument there. However, its over-sized claw makes him specifically a fiddler crab, whose name was actually given to it by the fiddle-type stance it typically keeps its enlarged claw in. Fun fact, this real life kingler uses that large claw not just for fighting, but for twitching awkwardly at females in a waving-type motion to catch their eyes. 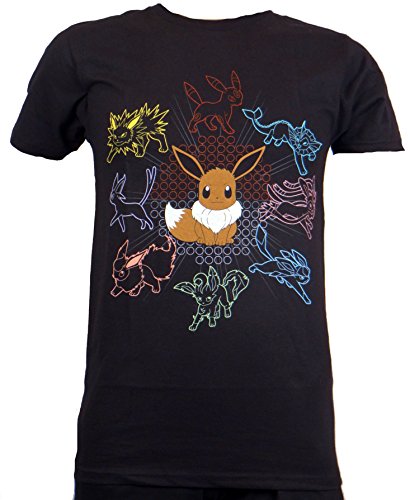