End of days or the start of a new age?

Does the cosmos affect human evolution?

We are living in the most talked about year, with rumours from ancient civilizations that the end is nigh. We are all intrigued with our world's possible apocalyptic end and it's various theories. Even our block buster, science-fiction movies tell stories of an Armageddon, an end of days. I think as a species we are scared of the unknown and the uncertainty of the future. This is perhaps why many people, for millennia, have sought shamans, fortune tellers and psychics to gain some sort of insight to what the future holds, so they can make appropriate decisions. Even today, you would be surprised at how many world leaders and those of influence still meet with psychics and various other mystics for guidance. One of the biggest mysteries is the Maya long count calendar. This calendar started before the Mayan civilization itself existed, circa 3114BC and it ends this year, on the 21st December 2012 (Possibly the 23rd, depending on which version of the calender you subscribe to). There is no known explanation as to why it started then and ends in 2012, although there are many theories. In fairly recent history, the end of the world has been attempted to be predicted several times, and each time incorrect. The most recent was by a 90 year old American preacher named Harold Camping, who claimed to know when the rapture was going to occur, on three separate occasions, once in 1994 and then twice in 2011. Obviously all erroneous. He has since admitted that he cannot and will not predict the rapture any more. So, what makes the Maya long count calendar prediction any different?

The Maya were amazing astronomers. Their knowledge of stars and their systems rivals our current civilization, even with the help of our technology. In some ancient Maya (and other ancient civilizations) Texts, it suggests that they were aware of some stars and systems that we only, quite recently, have found, thanks to the modern day equipment we have. The Maya recorded many cosmic events with pin-point accuracy, with help from their calendar. So why does their calendar end on 21st December 2012? The Maya understood the cyclic nature of the cosmos, and I believe their calendar doesn't stop, it merely resets, and a new cycle begins. The earth does not just spin, it also revolves around the sun and our solar system revolves around the centre of our galaxy, the milky way. The Mayan calendar ends on 21st December 2012, the winter solstice. Also on that day, our sun aligns with the galactic centre. The Maya believed in the birth, or rising of a new sun, which seemingly will happen this year. It is a cosmically significant date, but there is no evidence to suggest an apocalyptic end of the world, but an end of a cycle. If it is not the end, then what can we expect?

We are living in crazy times and I am not surprised people think and believe that we are headed towards doom. Certainly if no change is made, then yes, we will be doomed sooner, rather than later. I think for considerable and realistic change to take effect on a global scale, our thinking and mindset will have to shift, close to simultaneously. Whether we realise it or not, our current socio-economical reality is one that has been conditioned. We have been slowly conditioned to normality, and that normality is unnatural. It is man made, sculpted with greed and power. So how can we change our mindset and thinking if we have been conditioned this way? Education is the most powerful tool, unfortunately I believe our global “education” is inadequate and has been compromised. Perhaps there is another possibility, one that is natural. The Mayans and various other ancient civilizations were fascinated, if not obsessed by the cosmos, and perhaps this is where the other possibility lies...

There are many neolithic sites, around the world, with stone structures that seem to be directed north, such are the sites of Gobleki Tepe and Karahan Tepe in Turkey. These structures are also a mystery. Some ancient civilizations in the area, such as the Sabians, a pagan race who lived thousands of years in and around Harran, believed that God resided in the north and this was their direction of prayer. The various descendants of the Sabian people, like the Mandaeans and Yezidi of Iraq, connected the north not only with the heavenly skies and God, but also the transmigration of the soul. These civilizations believed that the soul travels north to return home. They venerated certain stars in the sky. Bright stars, such as Deneb, the brightest star in Cygnus – “The Swan” constellation. Cygnus was also depicted in various cultures as a goose, dove, vulture or stalk. In ancient times (circa 9500BC) Deneb was circumpolar, so it never set. On its lower transit of the meridian, Deneb crossed from left to right, just above the northern horizon.

In many ancient civilizations across the globe, they had depictions and beliefs in celestial birds. They related images of birds to the soul, and birds flying north, towards the swan constellation of Cygnus, to the soul's home. Cygnus was seen as the origin of cosmic life and death. Even in Christianity, Cygnus was seen as the cross of Calvary even far back as sixth century, with Christ's stigmata perhaps corresponding to principle stars in Cygnus. It is also interesting to note that the dove is a Christian symbol of the Holy Spirit, and of course there is the myth of stalks or another avian variety bringing new born babies into the world. Life and death. This theme constantly recurs through various ancient religions around the world – a celestial, cosmic bird and cosmic life and death seem to be interlinked. Why Cygnus and what could it possibly have to do with a new cycle or beginning?

In the 1980's deep underground particle decay detectors and ground-based detectors in U.S and Europe, recorded incoming cosmic rays unlike they have registered before, with a 'fingerprint' period of 4.8 hours. It was discovered that the rays and infra-red radiation was coming from a binary star system, Cygnus X-3 and is located at the centre of Cygnus's cross design, some 30,000 light years away, on the other side of the Milky Way.

The properties and nature of the cosmic rays from Cygnus X-3 are unusual. The rays have no charge (neutral), are tens of thousands of times stronger than anything in a particle accelerator, and come directly from Cygnus, as opposed to being rerouted by galactic gravitational forces. This means the rays were moving incredibly fast, close to light speed. Another interesting quality of the Cygnus X-3 rays, is that its particles penetrated hundreds of meters of solid rock before they were broken down into their secondary particles which were detected by the deep underground facilities around the world. So what does this mean and how can this affect us?

Some 40,000 years ago there were significant changes and development in animal and human evolution. It was around this time that we changed from prehistoric to modern man, seemingly over night. There was an emergence of art and quite noticeably, the creation of sophisticated structures, like Gobleki Tepe. Where did this all come from and why so quickly? 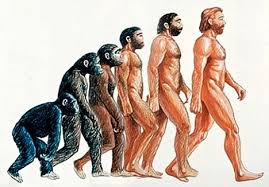 In December 2005, an American scientific think tank called the Meinel Institute of Las Vegas, announced that they believed a binary star system producing light-speed cosmic rays, was responsible for a rapid acceleration in animal and human evolution on earth 40,000 years ago.

They arrived at this conclusion by using Beryllium-10 data from ice core samples from Greenland to achieve a point source for the cosmic rays that reached earth at that time period. The data initially led them to Cygnus constellation, but concluded that the only realistic source was the Cat's Eye Nebula in neighbouring Draco constellation. Many theorists of planetary nebula disagree with the Meinel Institutes’s conclusion of the Cat's Eye Nebula, their argument being that it is far too weak and there is no evidence to suggest that it produces high energy radiation that may have ever reached earth. The most likely is that it was cosmic rays from Cygnus X-3 and it was these rays that influenced human evolution in the palaeolithic age. What is still so interesting is that Cygnus X-3 cosmic rays are still coming to earth, with the last being recorded again in 2000, only 12 years ago. What does this all mean?

I cannot say for sure, but I do know is that we, as a civilization, are on a path to self destruction. All our knowledge is yet to give rise to adequate wisdom. Our thinking as a civilization has to shift, we have to find commonality, a common goal in which we live in cooperation as opposed to competition. This needs to happen quickly and close to simultaneously. This is unlikely to happen through “natural”, earthly human means, like education and socio-political means. If Cygnus X-3 was responsible for any kind of evolution in the past, would it be incredulous to think it may happen again? The last recorded rays from Cygnus was only in 2000. It is said we are cosmically entering a new age, the age of Aquarius, an age of enlightenment. What if Cygnus is our natural catalyst to bring about a mental evolution? Imagine a global evolution of human thinking! Perhaps cosmic rays is what is needed to usher us into a new age, open mankind's eyes and bring about a global conciousness of cosmic awareness - not just one of self or ego.