Mitt Romney officially accepted the nomination of the Grand Old Party for President of the United States. The following are highlights from his acceptance speech on the last night of the 2012 Republican National Convention.

I Wish President Obama had Succeeded

"Freedom; freedom of religion, freedom to speak their mind, freedom to build a life and, yes, freedom to build a business with their own hands. This is the essence of the American experience . . . none doubted that here in America they could build a better life. . . . But, today, four years from the excitement of that last election, for the first time the majority of Americans now doubt that our children will have a better future. That is not what we were promised.

"I wish President Obama had succeeded, because I want America to succeed. But his promises gave way to disappointment and division. This isn't something we have to accept.  Now is the moment when we can do something.  And with your help, we will do something. Now is the moment where we can stand up and say, 'I am an American, I make my destiny, we deserve better, my children deserve better, my family deserves better, my country deserves better.'"

"When my mom ran for the Senate, my dad was there for her every step of the way. . . . Don't you wish you could have been here at this convention and heard leaders like Governor Mary Fallin, Governor Nikki Haley, Governor Susana Martinez, Senator Kay Alieanos, and Secretary of State Condoleezza Rice? As governor of Massachusetts, I chose a woman lieutenant governor, a woman chief of staff.  Half of my cabinet and senior officials were women.  And in business, and mentored and supported great women leaders who went on to run great companies." 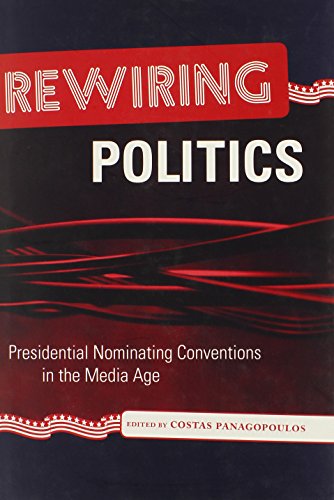 "How many days have you woken up feeling that something really special was happening in America?  Many of you thought the way on Election Day four years ago. Hope and change had a powerful appeal.  But tonight I would ask a simple question: if you felt that excitement when you voted for Barack Obama, shouldn't you feel that way now, that he is President Obama?

"You know there is something wrong with the kind of job he has done as president when the best feeling you had was the day you voted for him. The president has not disappointed you because he wanted to. The president has disappointed America because he hasn't lead America in the right direction.  He took office without the basic qualification that most Americans have, and one that was essential to the task at hand.  He had almost no experience working in a business.  Jobs to him are about government."

Are You Better Off Now

"I learned the real lessons . . . from experience.  When I was 37, I helped to start a small company. . . . That business we started with 10 people has now grown into a great American success story. . . . An office company called Staples, where I'm pleased to see the Obama campaign has been shopping. The Sports Authority . . . We helped start an early childhood learning company called Bright Horizons that First Lady Michelle Obama rightly praised.  And at a time when nobody thought we'd ever see a new steel mill built in America, we took a chance and build one in the cornfield in Indiana. Today, Steel Dynamics is one of the largest steel producers in the United States. These are American success stories. And yet the centerpiece of the president's entire reelection campaign is attacking success.  Is it any wonder that someone who attacks success has led the worst economic recovery since the Great Depression? In America, we celebrate success.  We don't apologize for success.

"That's what this president does not seem to understand. Business and growing jobs is about taking risk, sometimes failing, sometimes succeeding, but always striving.  It's about dreams. Usually it doesn't work out exactly as you might have imagined. Steve Jobs was fired at Apple and then he came back and changed the world.  It's the genius of the American free enterprise system to harness the extraordinary creativity, and talent and industry of the American people with a system that's dedicated to creating tomorrow's prosperity, not trying to redistribute today's. That's why every president since the Great Depression who came before the American people asking for a second term could look back at the last four years and say with satisfaction, ‘You are better off than you were four years ago.’ Except Jimmy Carter . . . and except this president.

Now is the Time to Restore the Promise of America

"Today the time has come for us to put the disappointments of the last four years behind us, to put aside the divisiveness and the recriminations, to forget about what might have been, and to look ahead to what can be.  Now is the time to restore the promise of America.

"What is needed in our country is not complicated or profound.  It doesn't take a special government commission to tell us what America needs.  What America needs is jobs, lots of jobs. In the richest country in the history of the world, this Obama economy has crushed the middle class. . . . Food prices are higher.  Utility bills are higher, and gasoline prices, they've doubled.  Today more Americans wake up in poverty than ever before. Nearly one out of six Americans is living in poverty. Look around you . . . these aren't strangers.

"His policies have not helped create jobs, they've depressed them. And this I can tell you about where President Obama would take America; his plan to put taxes on small businesses won't not add jobs it will eliminate them. His assault on coal and gas and oil will send energy and manufacturing jobs to china. His trillion dollar cuts to our military will eliminate hundreds of thousands of jobs and also put our security at greater risk.

"His $716 billion cut to Medicare to finance Obamacare will hurt today's seniors and depress innovation in jobs and medicines.  And his trillion dollar deficits, they slow our economy, restrain employment, and cause wages to stall. To the majority of Americans who now believe the future will not be better than the past, I can guarantee you this . . . if Barack Obama is reelected, you will be right."

My Promise is to Help You and Your Family

"I am running for president to help create a better future, a future where everyone who wants a job can find a job, where no senior fears for the security of their retirement, an America where every parent knows that their child will get an education that leads to a good job and a bright horizon, and unlike the president, I have a plan to create 12 million new jobs.

"President Obama promised to begin to slow the rise of the oceans . . . and to heal the planet. . . . My promise is to help you and your family.

"Everywhere I go there are monuments and now for those who have given their lives for America.  There is no mention of their race, their party affiliation, or what they did for a living. They lived and died under a single flag, fighting for a single purpose.  They've pledge allegiance to the United States of America. That America, that united America can unleash an economy that will put Americans back to work, that will once  again lead the world with innovation and productivity, and will restore every father and mother's confidence that their children's future is brighter even than the past.  That American . . . will preserve a military that's so strong no nation will ever dare to test it.

"That united America will care for the poor and sick will honor and respect the elderly and will giving a helping hand to those in need.  That America is the best within each of us. That America we want for our children.

"If I am elected president of these United States I will work with all my energy and soul to restore that America, to lift our eyes to a better future.  That future is our destiny. That future is out there. It is waiting for us.  Our children deserve it.  Our nation depends on it.  The peace and freedom of the world require it.  And with your help we will deliver it. 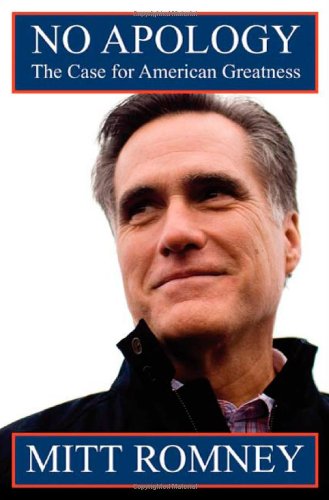