I like to write a variety of topics for  InfoBarrel including personal finance, travel, gaming, and health. Separate from IB, I also just self-published a new fiction adventure novel. My Author Page on Amazon
InfoBarrel is a writing platform for non-fiction, reference-based, informative content. Opinions expressed by InfoBarrel writers are their own.
InfoBarrel > Sports > Basketball

No professional sports league is influenced by star players quite like the NBA.  One superstar coming out of college and joining a struggling team can drastically improve a team’s fortunes, and potentially shape the future of the league.  The upcoming NBA draft on June 25th is an exciting time for sports owners, players, and fans alike. For teams, it is a chance to turn around a franchise and build a championship contender.  For the players, its the realization of a lifelong dream.

A month before the draft, a draft lottery is held to determine the order that teams will select players on draft day.  A random drawing is conducted to pick the top three slots in the draft, and all teams that did not make the playoffs the previous season are eligible.  Odds are based on the team's winning percentage the previous year.  On the extremes, the team with the worst record the previous year has a 25% chance of getting the top pick, while the team with the best record but missed the playoff has a 0.5% chance.  After the top three teams are determined, the remaining picks are filled based on the team’s record, with the team with the worst record that did not win a lottery pick selecting fourth, and continuing until all slots are filled.

Before the lottery had been created, the team with the worst record would automatically receive the top pick in the draft, which gave an incentive for struggling teams to finish with a very poor record, especially when there is a “can’t miss” talent in the upcoming draft.  The lottery was created in part to dissuade this anti-competitive behavior.  Critics will argue that teams “tank” (try to create an uncompetitive team with the intentions of finishing at the bottom of the league) now more than ever before.  However, if true this has not always been a worthwhile practice.  Going into this season, the team with the worst record had not won the lottery and received the top pick in the draft for ten straight years.  In fact, since 2008 there have been three teams that have won the lottery despite having less than a 3% chance of doing so.

On May 19, this year’s draft lottery was conducted.  Unlike every lottery the past decade, the team with the worst record, the Minnesota Timberwolves, received the top pick.  The only shifts in the “expected” draft slots based on final records were the New York Knicks and the Los Angeles Lakers.  Despite having the 2nd worst record in the league, the Knicks will select 4th in the draft.  On the opposite side, the Lakers had the 4th worst record last year and will select 2nd in the draft.

Kids dream about one day playing professional basketball at historic venues like the Staples Center.  On draft day, those dreams will become a reality for many. 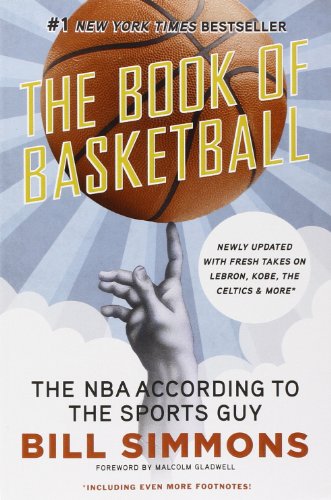 Below is a breakdown of some of the players expected to get selected at the top of June’s draft.  They are written roughly in order that analysts expect them to get drafted, although expectations don’t always lead to reality.  The players will be working out with teams in the weeks leading up to the draft, and teams are able to trade their picks as well.  Below the players are listed with the university or country they played last year and their expected position in the NBA.

Towns played for a Kentucky Wildcats team that won all 38 of their games before losing in the Final Four.  His statistics in college of 10.3 points and 6.7 rebounds per game look relatively pedestrian for a top pick, but the Wildcats were loaded with future NBA talent, so Karl-Anthony Towns was not needed to put up dominant numbers.  He is primarily known for his intimidating defensive presence, the full impact of which does show up in the stat sheet (although he did average 2.3 blocked shots per game).  Towns’ raw athleticism and versatility would make him a fit with most teams, and give them a solid defensive presence to build around with high hopes that his offensive skills would continue to develop at the professional level.  Defensive centers with high potential are a rare commodity, so it is likely that the Timberwolves will select him with the #1 pick, and it is nearly certain that he will fall no lower than the second slot.[3]

For most of the season Okafor was projected to be the top player in the draft. He has slipped to #2 on most boards, but more because of the great play of Towns at the later part of the season than for any negative reasons toward Okafor.  In fact, the former Duke Blue Devil is still regarded as more ready to contribute to an NBA team immediately, particularly on the offensive end, although he may have a lower ceiling than Towns.  Okafor is a polished offensive player who averaged 17.3 points and 8.5 rebounds per game on his way to winning Freshman of the Year honors last year.  He is also a proven winner, being the leader for the National Championship winning Blue Devils, and will probably be drafted in the first two selections and no later than fourth.[4]

While the two centers got most of the pre-draft hype, D’Angelo Russell is arguably the best guard available in the draft.  He put together a masterful season in which he averaged 19.3 points, 5.7 rebounds, and 5.0 assists per game while taking home the Big-10 Conference Freshman of the Year award.  He is a proficient outside shooter and creative and willing passer.  The Philadelphia 76ers took two big men in the past two drafts, so their biggest need is a guard.  They will be deciding between Russell and Emmanuel Mudiay, but most analysts project that 76ers strongly prefer Russell at #3.[5]

A year ago there was talks that Mudiay could be the best player going into his freshman year of college.  However, Mudiay decided to forgo college and play professionally in China instead, and was injured after only 13 games.  This makes him more of an enigma than many of the other players who scouts have seen live.  Mudiay does have a terrific combination of size, athleticism and power at the point guard position, which have teams salivating at his potential.  He also possesses a maturity that few other prospects his age have, which makes teams think he will transition to life in the NBA more seamlessly than most.  He is a great passer and attacks the rim well, but is not known as a good shooter.  Because of the uncertainty with his injury and lack of playing time last year, I could see him going anywhere from #3 - #7 in the draft.[2]

Porzingis is another prospect who played overseas last year.  For a player who is almost 7 feet tall, he moves extremely well and is a fantastic shooter from the outside.  He is also a good ball handler and shot blocker.  He will need to add strength and toughness to compete daily against bulkier opponents, but teams love big men who can shoot outside and stretch the floor.  The Orlando Magic allegedly have their eyes on him in the #5 spot.[1]

Next >> All About Basketball: The 5 Positions