Even among avid sports fan, the World Games aren't well known. After being told such an event exists, and has been held every four years since 1981, some assume the Games are a rival of the Olympic movement, perhaps even a "fake Olympics" for countries and athletes who can't get a slice of real Olympic action. Nothing could be further from the truth. There's a close relationship between the International Olympic Committee (IOC) and the International World Games Association (IWGA).

During the early stages of the World Games movement, the IOC announced that the two groupings share the same values, that the committee is honored to serve as a patron of the World Games, and that it'll provide technical assistance to the IWGA when requested. Both bodies regard the Olympic Charter as their "basic law," and both cooperate with the World Anti-Doping Agency, the international agency formed in 1999 to keep performance-enhancing drugs out of sport.

The World Games are held in the year after the Summer Olympics, and the 2017 event will be hosted by Wroclaw in Poland. This city of around 630,000 people is in the country's southwest. Because it was part of Prussia, then Germany, between 1742 and 1945, it used to be known as Breslau. Wroclaw is the fourth-largest metropolis in Poland, a country which has never hosted an Olympics or World Cup. Despite World War II and Communist disregard for the past, the city has retained a good deal of its old character, such as the Market Square shown in the photo above, and the merchant houses and churches seen in the picture below.

The procedure by which World Games host cities are selected is very similar to that used to choose Olympic venues. Four places made a formal application to host the 2017 World Games: Cape Town in South Africa; the Hungarian capital, Budapest; Genoa in Italy; and Wroclaw. Genoa's bid was turned down at the first stage, after which the three remaining candidates were assessed by the IWGA. Close to the end of this phase, Cape Town dropped out of the running. On January 12, 2012, the IWGA met in Lausanne in Switzerland and announced the Tenth Edition of The World Games would be awarded to Wroclaw.

Cape Town was concerned that the Games would put an unbearable strain on their finances, even though World Games gatherings are far cheaper than Olympiads. Russia splashed out US$51 billion on the 2014 Sochi Winter Games, while China spent an estimated US$40 billion on the 2008 Beijing Summer Games. World Games host cities, in contrast, tend to make use of the infrastructure they already have. That said, there have been some big-ticket projects, such as a US$170-million eco-friendly stadium in Kaohsiung, Taiwan for the 2009 Games.

Wroclaw 2017: The Beauty of Sports

The most crucial difference between the World Games and the Olympic Games is that sports featuring in the latter don't appear in the former. When badminton was named an Olympic sport (it debuted at the 1992 Summer Games in Barcelona, Spain), the Badminton World Federation exited the IWGA. Badminton featured in the very first World Games, hosted by the Californian city of Santa Clara in 1981, but wasn't on the roster in 1985, when the Games were held in London, or the 1989 World Games in Karlsruhe, Germany.

Rugby sevens, a Commonwealth Games highlight, has only just won approval for the Summer Olympics, following successful tournaments at the four most recent World Games: 2001 (Akita, Japan), 2005 (Duisburg, Germany), 2009 (Kaohsiung), and 2013 (Cali, Columbia). It won't, therefore, be played in Wroclaw. Triathlon and taekwondo are other disciplines which have been promoted from World Games to Olympic status. 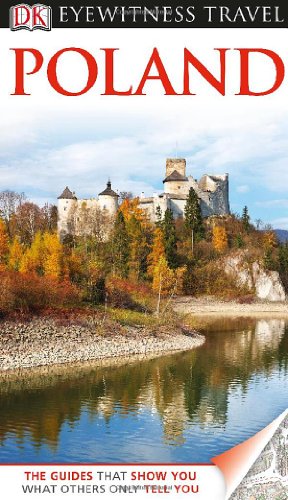