30 Classic Doctor Who Stories You Really Need To Watch

It's fair to say that these days, Doctor Who has a lot of fans. Many of those fans are happy to just stick to the new (post-2005) series, but many others want new stuff to watch, and so they turn to the classic series.

However, with 156 stories (or "serials") to go through, it can be hard to know where to start. So here's a list of 30 articles that I believe you should start with if you're looking to get into the classic series.

Why not start where it all began? The final three parts of this serial aren't really up to the high standards of the first one, but the first episode is a good place to get involved right from the beginning of Doctor Who's history. 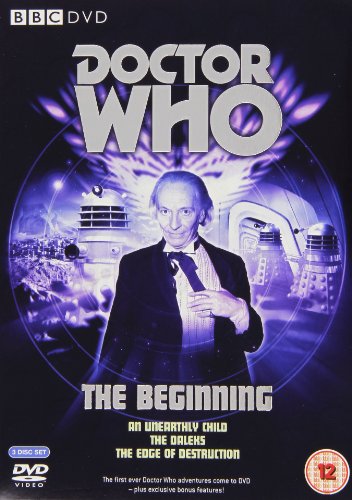 No prizes for guessing what's significant about this story. Yep, it's the first appearance of Doctor Who's most popular monster, although they look a little different here - it took time for them to adapt into the model we know today. This story can drag a little in the middle, but luckily there's also a film version (in technicolour!) which cuts out all the filler.

The Daleks are back - and this time, they're invading Earth! The Daleks' second appearance has unusually high production values, given the budget they were working with, and the script and pacing are really among the best of the 1960s stories, not to mention the wonderfully emotional ending. There's a technicolour film version of this one, as well.

Another classic Doctor Who monster is introduced, and this time, it's the Cybermen. If you thought the Daleks looked different, the 1966 Cybermen look almost nothing like their modern-day counterparts. But if anything, their closer resemblance to humans makes them even more horrifying. Even more significantly, this story ends with the show's first-ever regeneration. 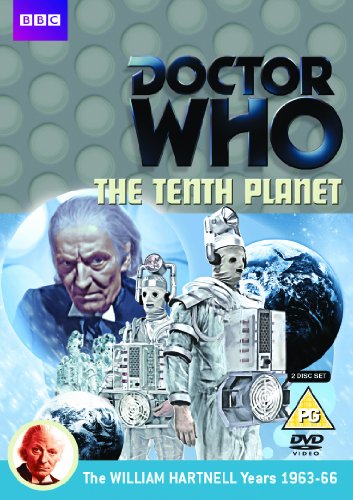 Reportedly David Tennant's favourite classic story, and the one Matt Smith watched to help him get into the role of the Doctor, Tomb has gone down in the Doctor Who pantheon as an absolute classic. It's well-written, it's moody, it's got cute-but-deadly metal bugs - what's not to like?

Not just a monster story, this is also a warning against the threat of climate change. The Ice Warriors' voices are amazingly creepy and Clent is superbly acted. Older viewers may recognise Peter Sallis of Wallace & Gromit fame as Penley, not to mention Rainbow's Roy Skelton as the voice of the computer. Oh, and Carry On's Bernard Bresslaw is hiding under one of those rubber suits. Sadly, episodes 2 and 3 are missing from the BBC archives, but they've been animated for the DVD release.

Although technically a sequel to the previous year's The Abominable Snowmen, Web can easily be watched on its own. This story features Yeti invading a London Underground set so realistic the BBC was nearly taken to court for filming on the Underground without permission! It's also the first appearance of long-term Who companion Colonel (later Brigadier) Lethbridge-Stewart. Episode 3 is sadly missing, but has been recreated.

Yes, it's long (a little over 4 hours in total), but unlike other, shorter serials, it never loses its pacing. If you're into history, this is a story for you: many different periods in history are thrown together in one epic finale to the Patrick Troughton era. Oh yeah, that's the other thing - there's a regeneration at the end. Spoilers.

A whole lot of firsts - the first Jon Pertwee story, the first of the 1970s, the first in colour, the first (and only, until 1996) shot on film rather than videotape, the first to feature new companion Liz Shaw and the first appearance of the Brigadier as a regular character. It's also really good. 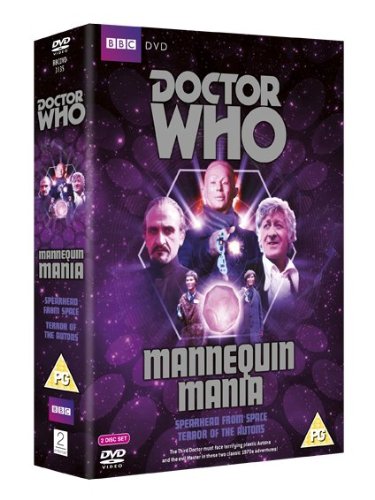 Or Doctor Who and the Silurians, to give it its full title. The Earth-based reptiles that were brought into modern Doctor Who in "The Hungry Earth" make their début in this story, which features the complex political relations between the pacifists and warmongers of both races (Silurians and humans), plus a disease outbreak halfway through to keep up the pace. Incidentally, the first victim is Geoffrey Palmer.

The Master is finally here! Plus the Autons from Spearhead from Space are back, and the Third Doctor's longest-running companion, Jo Grant, is brought onto the scene. The plot is somewhat lacking compared to its predecessor, but Roger Delgado's first performance as the Master more than makes up for it.

If you're looking for a classic example of the "Master is stuck on Earth and helps out some aliens" genre, look no further. It's got devil-worship, helicopter explosions, the Brigadier's now-famous "five rounds rapid" line and, most importantly, it's got Morris dancing.

Doctor Who's 10th anniversary special brought together the first three actors to play the Doctor (although William Hartnell was too ill to appear on set, and so was restricted to being played in on the TARDIS screen). The main villain, Omega, is well-written, and this story is a great mix of the macabre and the comedic. 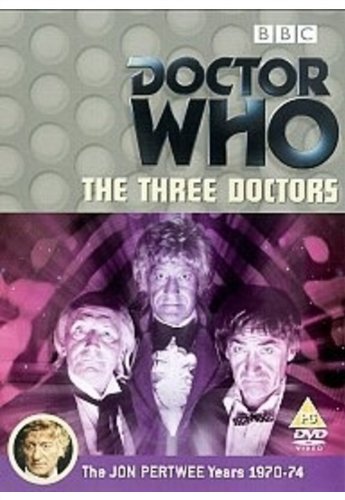 Giant spiders and Buddhism - an unusual mix, but one that works well for Jon Pertwee's final story.

What can I say other than - absolute classic. This story, featuring the first appearance of Davros, as well as an in-depth look at the Daleks' origins, always comes high in lists of people's favourite stories. Just go and watch it now, you won't regret it. 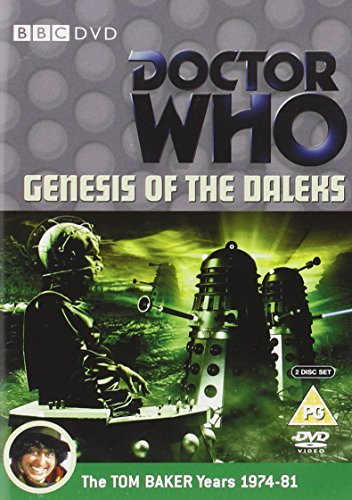 Doctor Who's take on Sherlock Holmes is also regarded as one of the classic episodes of the 1970s - it's just a shame it's kind of racist.

If you like The Hitchhiker's Guide to the Galaxy, you'll like this story. They're both written by Douglas Adams, and the Adamsian dialogue and humour really comes to the fore here. Plus the villain is pretty enjoyable.

This story was co-written by Douglas Adams, and stars Julian Glover as an alien who tries to steal the Mona Lisa (and succeeds, in fact). A lot of it also happens to be set in Paris, so be prepared for a lot of running around showing off the beautiful background scenery.

The last story of Tom Baker's seven-year reign sees two new companions joining the TARDIS team, accompanied by beautiful music and Anthony Ainley's version of the Master in one of his finest serials.

"It's the end... but the moment has been prepared for."

Peter Davison's first story picks up where Logopolis left off, which is why the Doctor's companions haven't changed their clothes - in fact, they won't change them for the res/ of the season. If you're a fan of M. C. Escher, he's evoked a lot here (Castrovalva is the name of one of his works), and you'll have great fun trying to work out exactly what's wrong in the small citadel.

Quite frankly a classic of the Peter Davison era, this story is heavily inspired by both Buddhist mythology and the British Empire. The main villain is an evil entity known as the Mara, and the psychological effect the Mara has on the various characters is very well portrayed. Kinda also had a sequel, Snakedance, which came out the following year. 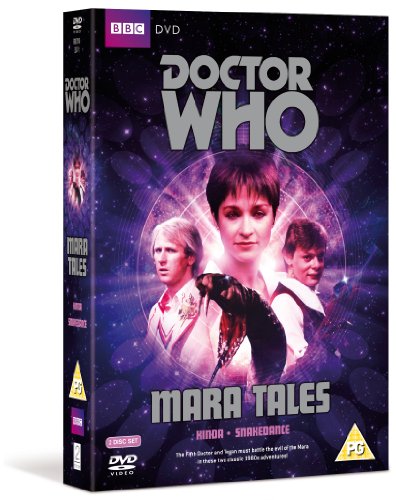 This Cyberman story would be unremarkable if it weren't for one thing - spoiler alert - the fact that it features the death of one of the Doctor's companions. It's an incredibly moving moment, and in honour of that fact the end credits are played out in complete silence for the first and only time in Doctor Who's history.

On to the 20th anniversary, and Patrick Troughton and Jon Pertwee were only too happy to reprise their roles as the 2nd and 3rd Doctors. Sadly, Tom Baker only appears in archive footage, and the 1st Doctor is played by Richard Hurndall after William Hartnell died shortly after The Three Doctors aired. Nevertheless, it's still a great anniversary special, and it's also where we learn about Rassilon, the Time Lord ruler of legend. 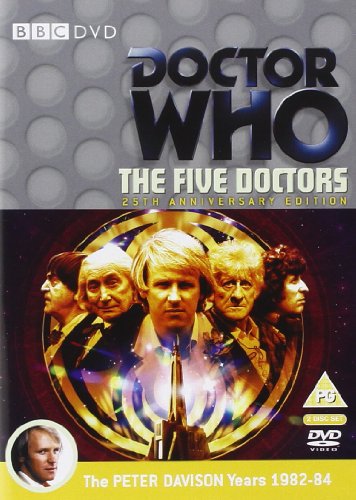 Much darker than the previous Dalek stories, and also (in)famous for having the largest number of on-screen deaths of any classic series story. The opening scene in particular, whilst undoubtedly well-made, is particularly bloodthirsty. Look out for Rodney Bewes, aka Bob from The Likely Lads.

Back in 2009, Caves was voted the best serial of all time by readers of Doctor Who Magazine, and it's easy to see why. It's a directorial masterpiece: wonderfully gothic, with a villain straight out of Phantom of the Opera. Like Resurrection, it's also pretty bloodthirsty - nearly all of the main characters are killed off, including Peter Davison's Doctor, who has arguably the best regeneration story of any of the classic Doctors. 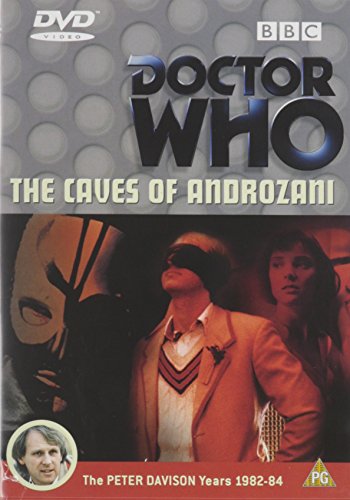 Patrick Troughton enjoyed his time working on The Five Doctors so many that he decided to come back and star alongside Colin Baker. It's not an anniversary special, and as a result it feels a lot less contrived than the other multi-Doctor stories. It was also filmed in Spain, with some stunning background scenery as a result.

One of the best Dalek stories there is, this one features a civil war between two factions of Daleks, each supported by their own human allies, with the Doctor and the military caught in the middle, trying not to get killed. It also touches on themes of racism and neo-Nazism: great for Saturday teatime viewing.

The classic series' final season kicks off with the return of the Brigadier, who helps the Doctor (who is apparently Merlin) to fight characters from Arthurian legend. There's also a nuclear missile to remind you that the Cold War was still going on when this was made.

23 years, 1 week and 6 days after it began, the classic series of Doctor Who ends with a story largely set in a modern-day London suburb - in many ways setting the tone for the 2005 revival. The Master's in it as well, and writer Rona Munro (only the second solo female writer to work on the series) reportedly had to be dissuaded by the BBC from including a lesbian romance. How times change.

More properly known just as Doctor Who, or sometimes The Enemy Within, the TV movie divides fans of the classic series - some love it, whereas others see it as an unforgivably Americanised version of the show they loved. Whatever your opinion, Paul McGann's only full outing as the Doctor is still an important bridging point between the original series and the modern-day revival. It's also the first time the Doctor is shown to kiss a companion. Or anyone, for that matter. 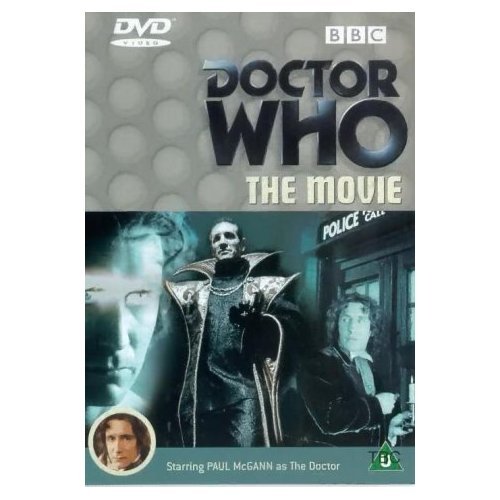 Doctor Who: The Movie [Region 2] Amazon Price: $24.99 Buy Now(price as of Mar 31, 2016)
Next >> Lifetime Cable Channel Releases Yet Another Tell-All About Marilyn Monroe