More articles on Technology and Home Video. You too can earn money from writing articles by signing up for InfoBarrel.
InfoBarrel is a writing platform for non-fiction, reference-based, informative content. Opinions expressed by InfoBarrel writers are their own.
InfoBarrel > Technology > Audio & Video > TVs

The concept of three dimensional (3D), or stereoscopic, films and television programs is not new, the first attempts at 3D films date back to the end of the nineteenth century and the beginning of the twentieth. The earliest methods were to project two different images side by side and use a pair of glasses to converge them into one, three dimensional image. This method was not suitable for theatrical release.3D films themselves have gone in phases through the years, as new techniques have been discovered or applied, causing a spurt in popularity. Many methods rely on supplying different images to each eye, thus creating the impression of a three dimensional image to the viewer. Although there are a number of possible methods for producing a 3D image, such as interference, eclipse and Pulfrich, the two most commonly used in cinemas are the anaglyph method and the polarisation method.

Credit: http://en.wikipedia.org/wiki/File:Anaglyph_glasses.pngThis was the earliest method of practical 3D theatrical films, and was invented in 1915. This uses a pair of glasses, with one red and one cyan lens. Each lens cancels out the filter colour, creating the appearance of a three dimensional image.These glasses were typically made from cardboard, and were worn like a normal pair of glasses. If the viewer wore glasses normally, wearing these glasses was, needless to say, very difficult. The anaglyph method has been only rarely used since the early 1950s, when it was replaced with the polarisation method, with the exceptions being those films where only a part was shot in 3D, such as in the 3D segment of the "final" Nightmare on Elm Street film, Freddy's Dead: The Final Nightmare.

Credit: eGDC LtdThis method has been the standard theatrical method for 3D since the 1950s, although the actual technology has changed. This method is that used by RealD 3D glasses, which is the standard for new 3D films. RealD places a circularly polarizing liquid crystal filter in front of the projector lens, and the viewer wears a pair of glasses which contain a pair of polarising filters that are oriented differently to each other. Each filter passes only the image that is correctly polarised, so each eye sees a different image, causing the three dimensional effect.These glasses are usually large enough to be worn over a normal pair of glasses.

Credit: AmazonThese do not require the use of glasses at all, although there are a number of ways of achieving this. The Nintendo 3DS uses parallax barrier autostereoscopy in its display. The parallax barrier is something that is placed in front of the image display , in the 3DS for example, that has a row of slits in it, so that each eye views a different row of pixels, creating what appears to be a three dimensional image using the parallax[2860] effect. These methods are still in development, and have not been usable for theatrical viewing as yet. The parallax barrier method in particular would require the film to displayed on a  display for viewers, rather than being projected by a camera at the rear of the theatre, which would likely require an investment in technology that would not be compatible with any films displayed in the normal way.

All the current methods of three dimensional films and televisions are basically "fake." They work by "conning" the eye that what they are seeing is 3D, when in fact it isn't. True 3D would be a projected holographic image - a staple of science fiction for many years, but still not developed - where the image itself occupies a three dimensional space, making the image actually 3D, not fake. Holographic technology, though, despite having been around for years, is still very much in its infancy; most images produced with it being static, like photographs, and usually not in true colours.

3D Technology Outside of Cinemas

Credit: Amazon3D entertainment systems are becoming more commonplace. Televisions that provide a 3D image (3DTV) are getting cheaper, although they still require glasses. The previously mentioned Nintendo 3DS provides a 3D gaming experience. 3D television channels are available that provide 3D content. 3DVTVs also use a range of technologies to produce a three dimensional image. Development of 3D televisions has been slow due to customers being slow to purchase the technology. Currently, no standard exists for 3D entertainment technology. Until one is adopted, companies are going to be reluctant to commit themselves to produce systems using a technology that may fall by the wayside. Full autostereoscopic, glasses-free 3DTVs are not expected to be available commercially for some years.

Fad or the Future?

The current, glasses-driven technology is most likely a fad. Its use in films and television programmes frequently adds nothing to the experience, other than increasing the price and providing the chance of getting a nasty headache. Live action 3D, as opposed to computer generated imagery (CGI), especially if normal glasses are worn as well as the 3D glasses, frequently provides an image that is not as sharp as it could be, with slightly double images common, causing the viewer to squint and get a headache.The quality of this imagery does increase substantially when the graphics are partially or wholly computer generated. The film Avatar, which included a lot of CGI, was noticeably more effective than, for example, Ghost Rider: Spirit of Vengeance.3D technology that requires glasses is likely to fall out of fashion pretty quickly. There are already less films being released in 3D than there were a year ago. If a viewer can't really tell that a film is in 3D, there's not going to be as much market for it.3D itself is going to become more commonplace, whether it's by glasses free technology such as autostereoscopic, or the development of true holographic displays. If you're considering buying a 3DTV, wait a year or so and see how the technology advances first and whether the amount of content is increasing. At the very least, the price of the technology will decrease.As mentioned, in a few more years commercially available glasses-free televisions will probably be available within the next few years. It probably isn't worth going to the expense of purchasing a 3DTV that requires the use of glasses until there is at the very least a common standard of 3D adopted, and if you do get headaches from watching this type of 3D image, not worth getting a television that requires glasses at all. 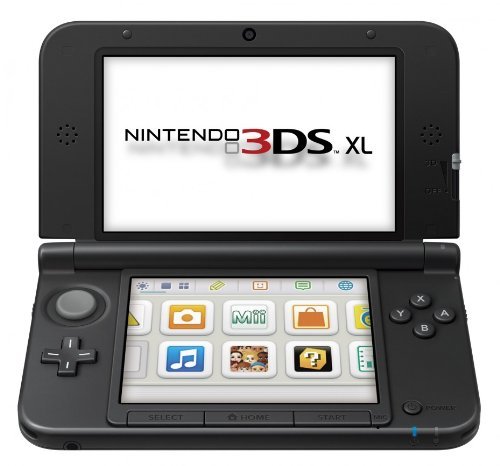