For more information on the dirty science that is composting check out the blog makingdirt101
InfoBarrel is a writing platform for non-fiction, reference-based, informative content. Opinions expressed by InfoBarrel writers are their own.
InfoBarrel > Home & Garden > Gardening & Yard Care

3 Easy Ways To Prevent Weeds In Your Garden

I would sure hope not because that my friend is a big ol weed patch that I attempted to turn into a native grass plating.  I failed in that endeavor not because my methods were bad but because I lost the permission I needed to do it.

But enough on that if you really do have a garden that looks that bad perhaps you need to consider a different method of obtaining good vegetables.  If you are dead set on having a garden than there are few adjustments should probably make to your fall and spring preparations.  What follows are just a few ideas that I have found effective in treating weeds before you plant, while your garden is growing and what you can do in the fall to prep for the next year of growing.

It's funny how weeds can somehow seem to sneak up on you or simply sneak into the garden when you are not looking.  In reality most of the weeds in your garden are going to be leftovers from either bad weed control the year before, leftover seeds in the soil and occasionally you will get some from natural causes like birds, wind, etc.  One easy way to deal with weeds right away in the spring is to lightly cultivate the soil as soon as you can.  This action will bring weed seeds closer to the surface and cause them to germinate as they are exposed to the sunlight and water from a warm spring day.  If you are lucky you will get a nice spring freeze and you will show the weedlings (weed seedlings) the meaning of a cold day in hell.  But unfortunately neither a spring frost or the effects it would have on weedlings is guaranteed and you don't want to leave anything to chance.  The options I have found to very effective are cheap or free, environmentally friendly and works good on small to medium sized garden spaces.

I have used cardboard quite effectively in the management of weeds.  If you have a unplanted garden space that is covered with weeds 1-2 inches tall then simply get a stack of cardboard boxes flatten them out and place them directly on the soil, weight them down with rocks and soak them with water.  Leave the boxes in place for 2-4 weeks depending on weed types and how resilient they are.  When you remove the boxes make sure all the weedlings are brown and dead. if they are yellow or green at all either replace the cardboard if you have time or remove them with a little soil disturbance as possible.

Newspapers can be used like cardboard and have the added benefit of being able to stay in the garden and you can simply plant through them.  They will continue to inhibit weed growth for a while yet maybe even the whole summer depending on the thickness of the paper and environmental effects on the paper.

While I personally am not a fan of the black plastic mulch it is very effective at killing weeds when used correctly.  To use the plastic prepare the soil like you did for the cardboard above and if needed lightly soak the ground to add moisture to the soil.  Once the soil is moist you can lay the plastic over the garden bed and simply wait.  The plastic mulch does has a added advantage of creating a greenhouse effects which does a couple things to help you.

Black plastic mulch will most likely produce faster, earlier results which is important in those early spring crops.  But is does not allow moisture through the plastic and most likely will have to be removed before you can plant your garden. 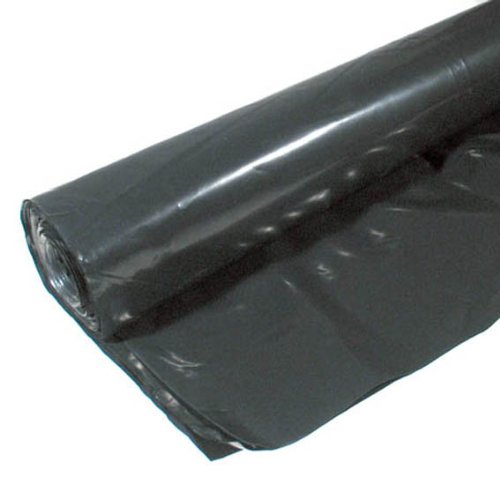 The only really tried and true way to provide continuous weed prevention in your garden is to mulch it.  Mulch as defined by the Merriam Webster Dictionary is,

A material (such as straw, leaves or wood) that is used to cover the soil in a garden.  It can be used to protect the plants, help them grow or suppress weed growth.

Mulch historically came only in the natural and organic variety, but in recent years there has been a explosion of products designed for use in garden for this very purpose.  Synthetic and organic mulches have many pro's and con's and it is up to you which to use.

If you go with organic mulches which would be my first choice the benefits are many and the drawbacks can easily be manged.  On the plus side they are free or cheap, (think lawn clippings, dead leaves) and they are easy to obtain and work with.  They also add much-needed organic matter and nutrients to garden bed as they decompose essentially doing many jobs with one "product"

To use organic mulches you must first either have used one the methods above to destroy weedlings or simple have a nice weed free garden bed.  If you already have plants growing in the garden then it is a simple affair to scatter mulch around the plants in at least a layer three inches thick for most mulching materials.[1]  Once the layer is in place it is up to you to maintain the mulch by adding more material as the existing mluch decomposes.  This may seem like a lot of work but when compared to weeding a whole summer you will be glad for the upfront time investment of mulching.

If you haven't planted yet you can cover the whole area with mulch and just open up the layer where you are planting.  I really like this method as you can go from killing the existing weedlings right into preventing more from sprouting.  When you are seeding into mulch make sure the seed it actually in the soil and not just the rotting organic matter. Studies have shown that seed germination is actually inhibited by the process of decomposition going on in the mulch.

Cover crops can either be planted after all garden plants have been removed or around the base of still producing crops like corn, tomatoes.  The sooner you can get them planted the better they will be able to perform.   One thing to keep in mind when using a cover crop is that if they are not stopped from producing seeds they will become weed issues in their own right.  This can be done a few ways either by planting frost sensitive crops that will be killed when it gets to cold for them or by manually mowing or otherwise killing the crop.  The reside should be left in place in the garden to maximize the weed suppression effects.  If you choose to plant cover crops they should be treated like a prized tomato plant and watered and fertilized as needed to maximize production.

While not most impressive cover crop it did a good job in that particular raised bed of loosening and adding organic mater to the soil.  That particular mix is a cool season variety of Hairy Vetch and Winter Rye that puts lots of fibrous roots into the soil and fixes nitrogen from the atmosphere.  I planted that particular patch very late into the season so it didn't get the growth I was looking for but at least the concept was proven to me.

Using the methods above to prevent weeds from becoming an issue you can look forward to long, leisurely summers of enjoying the harvest and not the sweaty labor of weeding.  While they do take some planning and a bit of effort, one season of this will convince you never have to weed your garden again.

Ok you will have to weed a little but nothings perfect right....