I write about science, strange things, entertainment, and anything that my mind wants to rant about.  If you would like to make money using affiliate links, visit Amazon.com to learn more about their affiliate marketing program. Get started making money on Infobarrel today!
InfoBarrel is a writing platform for non-fiction, reference-based, informative content. Opinions expressed by InfoBarrel writers are their own.
InfoBarrel > Technology > Science > Earth Sciences

There are many long-held, popular myths about tornado safety that can be described as either misconceptions or inaccuracies.  These myths come into existence through similar methods as urban legends and popular misperceptions, and are perpetuated through many mediums including but not limited to sensationalist news coverage and misrepresentations in popular media.  While many of these myths pertain to aspects of tornadoes such as size, shape and strength, others such as tornado safety can have a direct impact on human lives.  Understanding fact from fiction is a valuable resource during times of severe weather.  With that said, here are three oft quoted and popularly held tornado myths:

Myth: The underside of a highway overpass is a safe place to be during a tornado impact.

Fact: This myth comes courtesy of a sensational piece of footage shot in 1991 by a local news film crew near El Dorado, Kansas.  While filming a tornado the crew suddenly found itself trying to outrun the tornado down a barren stretch of highway.  Realizing that a highway overpass offered the only shelter, the crew stopped under it while continuing to film as the tornado seemingly passed right overhead.  The film was highly publicized on news outlets and led directly to this myth.  While everyone involved escaped unharmed, there are several things to point out.  First, upon closer examination, the tornado does not pass directly over the underpass, but actually just skirts by the overpass, giving only a glancing blow to the crew.  Second, damage assessment has shown that the twister itself was very weak with minimal wind speeds.  Finally, the acute angle created by the overpass and the concrete foundation creates a wind tunnel by funnelling the air through, which actually increases the wind speed.  Contrary to what is depicted in the video, a highway overpass is probably one of the worst places to ride out a tornado.

Myth: A car is an effective and safe way to escape an advancing tornado.

Fact: The counter to this myth requires a little bit of exposition.  Since a car can travel faster than a tornado this myth is theoretically possible.  However, several complications and confounding factors exist.  Tornadoes have been clocked at 70 mph, keep in mind that this is not its rotational speed, but its velocity across the landscape.  One would have to travel at the legal top end of highway speeds to just keep pace in this situation.  Tornadoes can also change direction swiftly and often have erratic movements along its path.  Not to mention that cars make for flimsy shelters if actually caught, whereas underground shelters and many above-ground structures make for extremely safe harbors during tornadoes.

Finally, imagine for a minute if the official stance taken by local law enforcement and emergency management were to get in your vehicle every time a tornado warning is issued.  The resulting congestion would lead to a deadly situation where cars stuck in traffic jams would be sitting ducks to any passing tornado.  This scenario also increases driver panic and the likelihood of preventable accidents.  In the end the safest choice is to seek shelter in a sturdy building.  However, if a tornado is spotted far off, it can be successfully avoided in a car by traveling at right angles to its direction of movement.

Myth: Major metropolitan areas cannot be hit by a tornado for various reasons.

Fact: This myth has arisen possibly because downtown areas cover such a small geographical area making it seem as if direct hits are rare.  Unfortunately this is not the case as many downtown areas have been affected.  In fact, some large downtown areas such as St. Louis, Missouri have been hit multiple times.  Salt Lake City, Utah took a direct hit from in 1999 despite the entire state of Utah averaging just two tornadoes per year.  A select few downtown areas have even been hit by extremely violent tornadoes including Lubbock, Texas which was hit by an F5 (the strongest category of tornado based on wind speed) on May 11, 1970.  Amazingly, a 25-story skyscraper named the Metro Tower took a direct hit and is believed to be the tallest structure ever to survive such an impact. 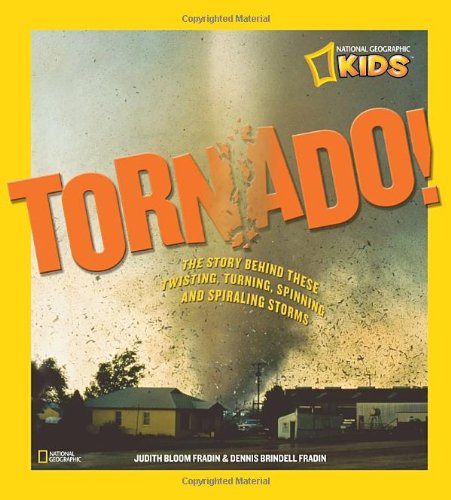