Ready to start listening to books?  The 5 Best Business Books on Audible is a great follow up.
InfoBarrel is a writing platform for non-fiction, reference-based, informative content. Opinions expressed by InfoBarrel writers are their own.
InfoBarrel > Technology > Science > Physics

I'm what you might call a bit of a physics nerd.  Sure, there are those who know more than I do about the subject, and there are plenty of higher educated folks (many of whom are friends of mine with more than one doctorate degree).  That's never really bothered me when it comes to learning, though, especially when it comes to discoveries about the universe itself, and the way things work.  In a nutshell, that's physics:  the study of how everything works, and why.

Having said that, I've taken some measures over the last decade or so in order to educate myself as to the wild world of scientific discovery and evolution, particularly as it comes to physics and cosmology.  These fields have fascinated me to no end (particularly since I quit drinking alcohol just about six years ago; I have all this extra brain energy to fill in!).  Over the years, I've sought out the best an brightest educators in physics, and those who are particularly good at explaining things in layman's terms especially appeal to me.  Scientists like Richard Feynman, Carl Sagan, and Neil Degrasse Tyson are among my personal favorites, and they really tell it like it is, with very little frills involved.

Physics is constantly being updated with the latest discoveries.  It wasn't even until the 1920s that we even understood that the universe itself is expanding, and just a hair before that, we thought that maybe the Milky Way was the entire universe.  Because of the relatively short time in between these various discoveries and where we are today, looking at our picture of the universe even fifteen years ago is what some might describe as very incomplete, and others might describe as utterly wrong.

So why is it that I enjoy reading old physics books so much? 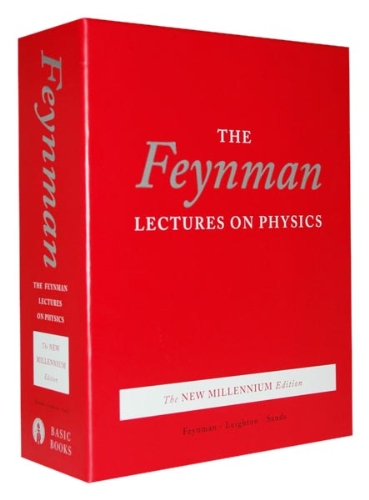 First reason: some of the best material ever written

To begin with, if you're only reading Michio Kaku's Parallel Worlds or Hawking's Grand Design (both great reads, by the way), you are really going to be missing out on some of the best nonfiction books ever written, not only within the field of physics itself.  Consider not only some of the all time classics of physics like Einstein's Relativity or The Feynman Lectures, but also incredibly well written gems from the likes of Isaac Asimov:  The Collapsing Universe.  But we know the universe isn't collapsing, so it's not worth wasting your time reading, right?  Wrong.  The Collapsing Universe, it turns out, is incredibly eloquent as only Asimov could make it, and contains a vivid and accurate (and entertaining!) description of the forces of nature, exploding matter including the big bang, and speculations on wormholes.  Consider The Universe by Herbert Zim, written in the early 1960s, and only 60 pages long, yet with a description of some of the complexity of our universe that even a child could grasp (and it was indeed intended for children; some of my favorite books on physics are written for kids -- as Einstein famously said, "as simple as possible, but no simpler", or as Feynman said, "if I can't explain it to a child, I don't really understand it myself").

Of course, the onus is on you to make sure that you understand what is accurate about modern physics and what is understood today about the universe.  There is plenty of material out there not only at your local public library or bookstore, but also online, with many great videos available to learn about dark energy, dark matter, spontaneous symmetry breaking, the Higgs boson, and all that important modern jazz.  But don't neglect some of the best descriptions of the universe ever written just because it doesn't contain the latest updates!  Just understand these updates so that you can appreciate where the writing is coming from.

Second reason: you're brought to the time of the discovery

The history of the discoveries themselves can really help you both understand why the new discoveries are so important, and appreciate how far we've come in such an amazingly short time. What really impresses me when I get involved with a book, though, and what keeps me turning the pages, is that sense of urgency and excitement from figuring out what's happening with our universe, and why!  Albert Einstein's Relativity is a dry read, but I can't imagine not having read it in order to glimpse into his mind as he was coming up with this amazingly groundbreaking description of our universe.  The Relativity Explosion and The Universe and Dr. Einstein, though (pictured below in my stack of books), are far less taxing to read, and not only take you much closer to the time in which relativity was only understood by a handful of people on the planet, but also bring you to what was the cutting edge of scientific understanding at the time, trying to understand quasars, pulsars, and the beginning and end of the universe as it was understood at the time.  So exciting!

Many of the physics books I've eagerly devoured

Third reason: find out how we know these things!

The above reasons are plenty compelling enough for me to open up an old physics book (or download an audio book), but my absolute favorite reason to read an old tome is that you really get to find out how we know these things in the first place!  This is what drove my initial curiosity with physics:  I'm a skeptic by nature (and, as it turns out, all good scientists are, too), so when I was told that the universe originated in a "big bang", I thought to myself, "oh, come on, how can we possibly know that?!?"  Turns out, we absolutely can infer how the universe began and why, and the best part is that we get to follow that logic trail ourselves!  This is utterly, completely amazing to me:  we can know that the universe is rapidly expanding because of the red shift of galaxies, first discovered by Vesto Slipher and then confirmed by Edwin Hubble and Milton Humason (I bet you didn't know that), and if you read some of the old books pictured above, you'll learn all of the amazing details that went into these discoveries, and so much more.

Don't get me wrong- new books on physics are among the best written descriptions of the universe ever put together, and they are all, by necessity, the most complete pictures we have!  We simply didn't have all of the information, all the pieces of the puzzle, just a few years ago.  You can bet that, 20 years hence, we'll look back on today's theories and equally incomplete.  However, you just don't get that sense of discovery and excitement that you get from going through the old stuff.  When a discovery is just a few years old, it's a really big deal, and you're going to read an entire book about why!  This is a very, very good thing, because these discoveries that are being made are just mind blowing.  If you don't take the time to learn about them, you're not going to appreciate just how awesome they really are.

And now for something modern

Next >> Hunting For The God Particle