4 Reasons Why The Roman Empire Fell

The Roman Empire at its greatest extent, engulfed the entire Mediterranean Sea.  It was one of the most powerful economic, cultural, military forces in the world.  At its height it covered over five million square feet in kilometers and over a population of 70 million, at the time, this represented 21% of the world's population  They were the founders of many modern cities and built long roads to connect them across the empire.

But every empire that has its time in the sun also has to see the sun set.  Some argue the Roman Empire fell in 476 AD when the last emperor was removed from power, but almost everyone agrees the final decline happened around the late 5th century.  The gradual decline began over a course of a few centuries.  Here are 4 main reasons why the Roman Empire faded into the history books

The biggest contributing factor was the threat of barbarians. Near the end of Roman’s power, it faced enemy attacks from all sides of the border.  The barbarians had wanted to settle within the empire because of its warmer climate, and so the Roman emperors at the time had granted them permission.  This was on the condition that these barbarians would help defend the Roman borders.

This temporary alliance did little to defend the empire from external threats.  Between 235 to 275 A.D., barbarians had begun launching raids all across the western Roman frontier.  In 376AD, large number of Goths had crossed the Danube river into the Roman empire.  This would continue on for the next several decades.  These various barbarian groups would be a consistent threat until Roman defenses ultimately collapsed.

By 398 AD, the leader of the Visigoths, Alaric, moved south and realizing how powerless the Roman army was, captured Rome in 410 AD.  By 455 AD, Rome was sacked once again by the Vandals.  It wasn’t until 476 AD when the last Roman Emperor vacated the throne by Odovacar, leader of the Goths.

2. Rise of the Eastern Empire

In 284 AD, the emperor Diocletian decided the Roman empire was becoming too large for any one individual to rule.  The outer provinces were proving too difficult to control.  Diocletian felt that by breaking the empire into two halves, one based in Rome, the western empire, and one based in Byzantium (renamed later to Constantinople), the eastern empire, this would allow for a better management of resources, the two can rule separately, and work together against outside enemies.

In hindsight, doing this damaged the Roman Empire at least the western half (West).  The eastern half (East) would go on to survive for another thousand years.  Over the years, the two halves had begun to drift apart.  The original plan to work together against external threats failed as both bickered often over resources and military aid.  The East had also become wealthier while the West had fallen into an economic crisis.  This diverted the barbarians attention to the West as well since the East was more fortified, and the East was able to pay the bribes to the barbarians. 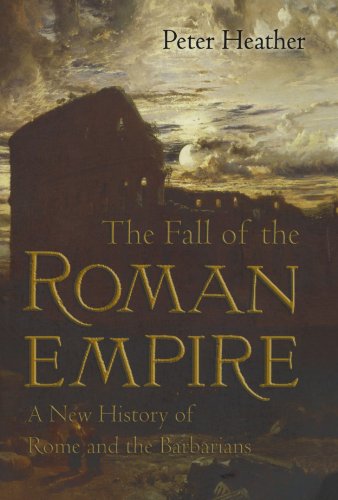 The Romans were great at acquiring and invading new lands.  But this also prove to be its downfall.  The empire was so vast that it became an administrative and logistical nightmare.  The Roman army could not be marshalled quick enough to defend the frontiers.  Often, even when the Roman army could be raised, it was sometimes used to attack other Roman legions, as the commanders competed for power.

As the barbarian incursions became more frequent and stronger, the Roman army stationed in the frontiers became weaker.  The frontier force was drawn from local garrisons and they were not as skilled as the field forces raised in Rome.

Drafting regulars for its forces was another key issue for its weakening army.  When drafting for the army, a number of people were exempt, from senators, bureaucrats, cooks, and even slaves.  Some people dreaded serving the army so much that they amputated their own thumbs.  The maintain a steady flow of new army recruits, the Roman Empire resorted to hiring German mercenaries.  This proved to be a temporary solution when they over time became undependable and attacked Roman cities.

The excessive spending on military also became an issue.  As the coffers were drained away from basic services to fund large armies.  The general populace lost faith in the government.

Although there was a lot done to ensure Rome was governable for example splitting the empire into halves, the West was still difficult to govern.  By the second and third centuries, civil war often spewed out and Roman emperors were often executed as people jostled for the emperor’s seat.  Over a span of 75 years, more than twenty men have took the throne, and this was done after the predecessor was murdered.

In the later years, the emperor’s personal bodyguards (Praetorian Guard) sometimes even assassinated and installed new emperors at will.  Even going as far as auctioning off the seat to the highest bidder.

The senate also had its issues as well.  It was originally created to act as a check to the emperor. While the emperor had legal power to rule Rome’s civil and military affairs, the senate acted as an advisory body.  But overtime, many of the emperors became corrupt, making the senate inefficient to helping the emperor.

What filled the void in Roman politics were the rich aristocrats, but even they refused to offer resources to field armies or supply its own men.

In the end, the entire political system fell apart as people bickered amongst each other and the empire became a power vacuum.

Although the Roman Empire has now faded into the history books.  After more than 1500 years after its downfall, much of its grandeur remains.  In England, there is still remanents of the Hadrian Wall, built to protect the northern border against barbarian invasion.  London, England was an original Roman city amongst hundreds others.  Roman architecture still stands today - a testament to Roman engineering.  Today we are still uncovering new Roman artifacts and buried cities, giving us even more of a glimpse of Roman empire’s past. 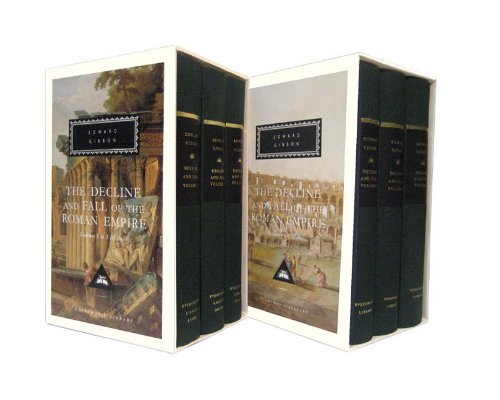