5 Asian Horror Films You Need to Check Out

There is nothing inherently wrong with Asian horror flicks becoming so popular overseas that they are now being considered as a sub genre by some horror film buffs. The titles being thrown around are really good, and deserve every little bit of attention they get. Besides, being an Asian myself, it's nice to know that the West is starting to realize why I excuse myself every time I pass by an anthill.

However, it's always a good thing to broaden one's horizons when it comes to exploring another country's films (and by extension, culture) so while the Sadakos and the Toshios should give some people enough scares to last a lifetime, it's still a good idea to check out a few more Asian horror films that were overlooked by viewers outside of their country of origin. Note that I didn't use any numbering, as I don't think I'm qualified to rank films based on quality:

I feel better recommending Phobia 2 over the first film since it has much higher production values and better stories overall. The film features 5 loosely connected short stories. And I really mean loosely - you have to pay attention to the dialogue and some minor details in order to get the connections. Thankfully, each story stands on its own.

The 5 stories that make up Phobia 2 vary in quality so there is a chance that some or at least one of them will bore you, but stick through it. The stories will not break new ground, but they provide decent takes on existing tropes. The last story, In The End, is also worth watching on its own as it provides a genre-bending twist on buddy comedy, and also provides a nice bonus to people who are familiar with the Thai horror flick Alone. 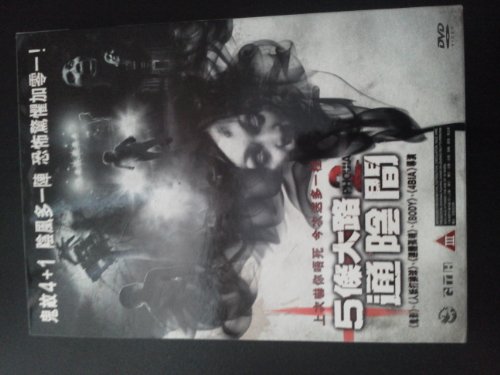 Forbidden Siren is the film adaptation of the same-titled survival horror video game on the Playstation 2. Thankfully, it's not required to play the game in order to appreciate the film. Everything you need to know is provided through exposition.

Forbidden Siren tells the story of a writer's daughter, who moves in to a remote island with her father and younger brother. The remote island is the site of a massacre during the 1970s, in which all the residents save for one were murdered in a single night. The townspeople have since implemented a rule that everybody on the island must follow: when you hear the siren, stay inside.

This movie has already had a Hollywood remake, but even the Hollywood remake is overlooked (deservingly so, if critics are to be believed) so I have a feeling there are still horror fans that haven't watched the original, which is a shame because Kairo is a really affecting film. Note that I didn't say scary - there are a few jump scares (including a wobbling, long-haired ghost that makes Sadako look like a teletubby by comparison), but on the whole, the film is more depressing and gloomy than it is scary.

Kairo is one of the few effective horror films that inspires dread instead of fear, as it focuses on a scenario where the boundaries that separate the afterlife and our world start to unravel, and whatever is on the other side - be they ghosts of something else - start to seep through the cracks. 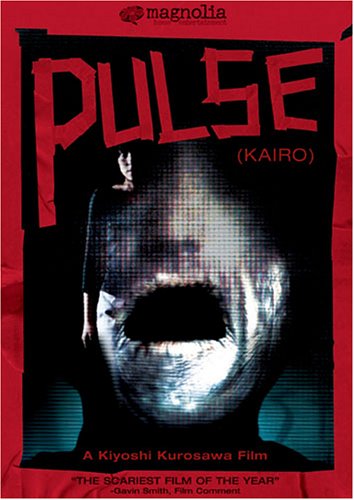 Bio Zombie at first glance looks like the kind of movie you'd want to ignore. Besides the cheesy title and the fairly clichéd premise (an Iraqi biological weapon falls into the wrong hands and starts turning people into flesh-eating zombies), it also stars recognizable pretty-boys Sam Lee and Jordan Chan, as two friends who make a living peddling pirated DVDs in a public market.

The beauty of Bio Zombie is that it effectively juggles its comedic elements with the kind of survival-oriented action and jump-scares you would expect from a zombie apocalypse film. What's even better is that everything turns pear-shaped towards the end, as we get to see the world end from the perspective of protagonists who wanted nothing but to coast through life making jokes, picking up women, and making a buck here and there.

It's a good thing I saw Noroi (The Curse) years after watching and enjoying The Blair Witch Project, because Noroi shows you how to do proper horror mock documentaries. There's no over reliance on shaky camera, it doesn't shove the jumpscares down your throat, and it doesn't hide behind the veneer of ambiguity just to make itself look clever - though there's still some things you could miss if you aren't paying attention.

Noroi centers on a paranormal expert named Masafumi Kobayashi, who produces a series of documentaries and books on paranormal activity in and around Japan. The film is formatted like a true documentary - with footages and interviews with actual celebrities and some clips on the history of the legends surrounding the story - that tries to explain what happened before Kobayashi disappeared while in the process of investigating his last case.

There are more films worth checking out, but these 5 examples should be enough to whet your appetite. The examples I have given seem varied enough on their approaches, and if you find one that works for you, it shouldn't be that hard to find more recommendations, proving that Asian horror films isn't all about crawling long-haired women.