If someone asked you to name a healthy drink, you might suggest water, milk or green tea.  You might even point out that a glass of red wine a day is good for the heart. It is highly unlikely, however, that you would mention beer. This is a pity, because drinking a glass of suds every day actually offers many health benefits.

Beer is an ancient beverage which evolved from a fermented barley bread sludge made in the middle east by the Sumerians as early as 4000 BC.  Barley brewheld  a special place in ancient Egypt. The Egyptians worshipped a goddess of beer named Tenenit, Egyptian workers were often paid in beer, and it was sometimes buried with the Pharaohs to accompany them into the afterlife.

Throughout its long history, beer has been flavored with a variety of substances including fruit and herbs. The use of hops as a flavoring is a relatively recent innovation which began in Germany in the ninth century. Brewing was historically associated with bread making and was regarded as women's work. This changed in Medieval Europe,  however, when many monasteries established thriving commercial breweries.

Trappist monks were known to refer to beer as “liquid bread.” Because of the severe dietary restrictions of the Trappist order, ale was a crucial part of their diet, and they prepared a special extra-strength brew to nourish them during the 40 day Lenten fast.

Much of this nutritional value comes from the whole grains, yeast and hops used in beer production. Although other grains such as wheat or rice can be used, the most common grain is barley, an exceptionally healthy grain. Among other things, barley contains silica which is known to contribute to bone health. 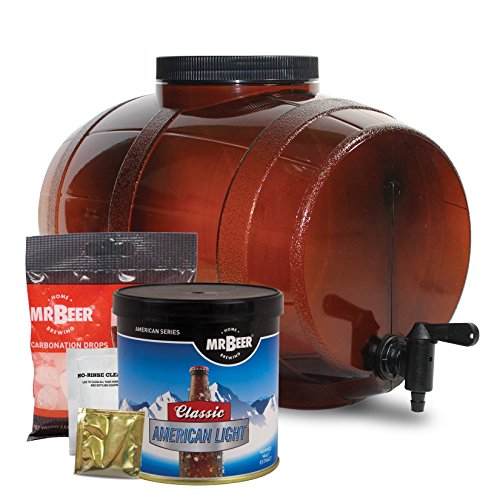 The alcohol in beer is produced by brewer's yeast. This is a strain of yeast which is so packed with goodness that it is commonly used as a nutritional supplement. This powerhouse yeast provides B-complex vitamins, essential minerals such as chromium and selenium, and protein.

Hops contain essential oils with antiseptic qualities which kill spoilage organisms and prevent the beer from going bad. Hops also contain phytoestrogens which contribute to heart and bone health, along with many beneficial antioxidants, vitamins and minerals including calcium, iron, magnesium, phosphorus, potassium and zinc.

These nutritious ingredients also help to keep your digestive system healthy. Hops improve digestion by stimulating the production of gastric juices while barley is an excellent source of soluble fiber which is important for healthy bowels. Soluble fiber may also reduce bad cholesterol and slow the rate of food absorption in the digestive tract. A pint of beer contains an average 10% of the recommended daily allowance of fiber, with some varieties of beer providing as much as 30%. In addition, beer promotes the growth of healthy intestinal bacteria which in turn helps to prevent the growth of helicobacter pylori, the bacteria which cause stomach ulcers.

The B-complex vitamins provided by brewer's yeast may make beer even more heart-healthy than wine. B6 in particular prevents the build up of homocysteine which has been linked to an increased risk of heart disease. Dutch researchers found a 30% increase in B6 in the bloodstream’s of men who drank a glass of beer with their evening meal for three weeks.  They also discovered that while drinking wine increased homocysteine levels in the blood, drinking beer did not.

A glass of wine contains fewer calories than a glass of beer because it is smaller. However, ounce for ounce beer contains fewer calories and less alcohol than the equivalent amount of wine. A 3.5 fluid ounce glass of dry wine contains 88 calories, or 25 calories per ounce, while a 12 ounce glass of regular beer contains 153 calories, or 12.8 calories per ounce. Also, the alcohol content of wine is usually 11 percent or more, while that of beer is generally less than 5.5 percent.

Because it has a relatively low alcohol content and because it is generally enjoyed in the company of others, beer is a social beverage which can be both relaxing and mentally stimulating. Studies have found that women who drink a daily glass of beer have better mental health than women who do not drink, and that moderate alcohol consumption may ward off dementia and Alzheimer's disease.

Not Just the Alcohol

Many of the nutrients in regular beer are also present in their low-alcohol or non-alcoholic brothers and sisters. It is not surprising, therefore, that these provide similar health benefits to full alcohol suds. A study by the Spanish Pediatric Association found that the milk of nursing mothers who drank non-alcoholic beer was significantly higher in antioxidants than that of mothers who did not.

A study by the University of Granada in Spain looked at the effectiveness of beer for re-hydration and confirmed what sports teams have known for years. The specific combination of water, minerals and carbon dioxide bubbles in a pint is particularly efficient in re-hydrating athletes after strenuous exercise. So what could be better for both physical and mental health than some healthy exercise followed by a round or two and some stimulating conversation at the local bar?

The healthiest beers are probably traditional, naturally brewed barley ales or lagers. Of course, drinking too much is worse than not drinking at all, so moderation is key. However, if you have always enjoyed savoring a great beer you can now rest assured that your brew of choice is as healthy as, if not healthier than, the latest trendy red wine.

Help Yourself to a Beer, Sit Back and Enjoy These Five Wacky Beer Ads