As a graduate student at American University studying international affairs, I have a passion for language, culture, and travel. I also have limited resources. As a result, I have studied and travelled extensively though Eastern Europe, Russia, the Middle East, Asia, and South America at little or no personal cost.  I also run a tutoring business. Check out our website here. Like Info Barrel? Sign up here.
InfoBarrel is a writing platform for non-fiction, reference-based, informative content. Opinions expressed by InfoBarrel writers are their own.
InfoBarrel > Travel & Places > Places > India

5 Best Places to Visit in India

India is a land of diversity and extremes. Its landscape of mountains, plains, rivers, beaches, and jungles provide endless options for curious travels to visit. Its population of over one billion people is made up of over 2,000 ethnic groups speaking over 200 languages. Understandably, visitors to India have described the experience as an onslaught to the senses. With such a vast number of possibilities, it is easy for even the most experienced travelers to become overwhelmed. Here are 5 of the best places to visit in India to get you started exploring the subcontinent.

As one of Asia’s largest wildlife reserves, Kanha National Park is the best place to go for the chance to see a tiger in India. In fact, this area served as Rudyard Kippling’s inspiration for his famous novel, the Jungle Book. If you want to see the wild and untamed side of India, this is the ideal place to visit.

Located in the city of Amritsar, the Harmandir Sahib or Golden Temple is the most important religious site for the Sikhs. The central worship place or gurdwara is made of white marbled covered in ornate gold. Believers bathe in the central pool of water fed by the Ganges to benefit from its healing properties. Additionally, worshipers volunteer to prepare free meals for the thousands of pilgrims visiting every day. This site is worth the trip to see not only its innate beauty but also to experience Sikh traditions.

Functioning since the 7th century A.D., the Virupaksha Temple is one of the oldest working temples in India.  Originally comprised of just a few shrines dedicated to Shiva, this temple now stands 9 stories tall.  Every day there are several ceremonies and rituals performed here making it a must see. 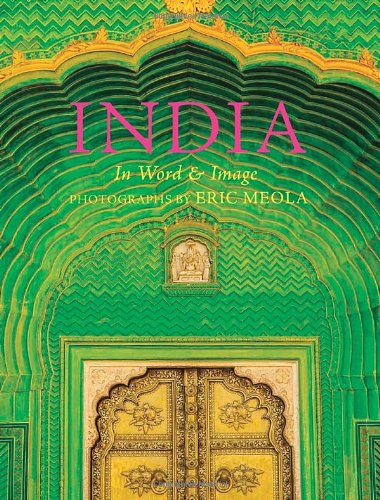 Located on the Ganges River, Varanasi is one of the world’s oldest inhabited cities. It is a sacred place for Hindus, Buddhists, and Jains. As such, it attracts millions of pilgrims each year. Many believe that dying here liberates the soul from the cycle of death and rebirth. Each month, the city’s cremation gnats cremate thousands of bodies and spread their ashes into the river. While entering the water is not recommended, few pilgrims seem to mind. Every day at sunrise and sunset, pilgrims wade into the water to bathe and drink the sacred water. At times the density and chaos of the city can be overwhelming but as a microcosm of India, it is well worth the trip.

The ancient Mogul capital is almost a mandatory stop for anyone travelling in India. Here you will find the Taj Mahal which the Mogul king Shah Jahan built as a mausoleum for his favorite wife. The structure itself is made of white marble accented with semi-precious and precious stones. As a result, the Taj seems to glow a different color at each time of day. It is important to arrive early in the morning before the crowds. Later in the day, it is best to view the monument from across the river where few tourists venture to go.

While this city is best known for the Taj Mahal, it is home to countless other historical sites built during the rule of the Mogul empire. Other sites include the Agra fort which was built as a military structure then converted into a palace. There are several mausoleums and monuments dedicated to the Mogul kings of the time.

Next >> 5 Amazing Things To Do in Kerala, India