5 Class Builds to Be Completely Irritating in Call of Duty: Advanced Warfare

It's that time again. It is a new year and thus there must be new installation into the seemingly immortal Call of Duty franchise. The latest game into the family is Call of Duty: Advanced Wars. Competitive first person shooter players have flocked to their controllers to play intense multiplayer matches where emotions are high and bullets (and controllers) are flying. Then there is me. A player only pulled into the franchise due to pure peer pressure, quite literally because "everyone else is doing it." Instead of competing, my aim is to make the most annoying, unfair, anger-inducing class builds of the game. I haven't been impressed with the past few COD games, but Advanced Warfare brought in several new and fun tools that I can use to be completely irritating with classic class builds.

Death From Above (The Noob Tuber)

Ah, the noob tube - eternally hated in the Call of Duty series and for good reason. It's super effective. Call of Duty: Advanced Warfare made explosives even more "unfair" with the addition of one simple Exo perk, which this class build centers around.

With Danger Close and Fast Hands you get that explosive damage as well as a faster lobbing capability to keep the explosions coming at a never ending rate. However, what makes this class so satisfying is using Exo Hover to fly above the battlefield and rain down death. So many people abuse this class in their own way right now, so feel free to play around with it. I've not seen such noob tube rage since Modern Warfare 2. Good times...

You think future military technology should let you be able to turn into a human turret? Well now you can make your weird technical dream come true. The human turret class essentially takes camping in one spot to a disturbing new level.

So basically, the XMG attaches two heavy machine guns with 150 bullet clips to each arm. With Exo suit lockdown, you can become a literal stationary turret. This is just devastating in closed quarters, but the accuracy is a problem at longer range (the laser sight helps that though). Flak Jacket, Hardline and Exo Stim all help with making you just a solitary powerhouse while remote turrets can guard your backside. This is the best class for campers that want to take their camping to the next level after the lobby calls you out on your camping. Camp on, my friends. Camp on.

Basically, the Heavy Shield guards the front while the Exo Shield guards your back. Crouch down and you are near impenetrable (Note: I said "near"). Like a tank, the bullets just bounce off your armor as you ominously move towards your enemy to bash them to death, stab them in their crotch area or throw a grenade if they try to flee.

Being invisible has never been more possible in this latest installment. During those times when no one knows where you are, some of the most embarrassing and anger-inducing kills are possible. This can be a knife class (because that is the quickest way to piss people off) but I have also used a modified version with a shotgun, which I refer to as the Ninja Cowboy class.

Via the Exo Cloak, you can literally become invisible and sneak up on people. The perks above make you completely immune to radar and any enhancements the enemy may have. The smoke grenades are just for a little extra flare. Who doesn't like to emerge out of the mist like a monster and stab someone? No one, that's who.

Anyone who wants to induce rage will need a solid shotgun class. The aforementioned Ninja Cowboy class works well, but it does require a bit more waiting, stalking and emerging through the mist than some people would like. So this is for the players that like to run around and get results.

What makes this different from any traditional shotgun build is the Gung Ho perk. It adds on the ability to shoot while you are sliding. Paired with speed increasing perks like Lightweight and Overdrive, essentially one can sprint at the enemy, slide and blast them right in their sensitive bits. For best results, activate the Exo Stim when running towards them so they can hit you a bit and not kill you. Once you go into slide mode, you'll be near impossible to hit. This class gives the definite edge to those maps where one guy breaks out the shotgun then everyone else follows suit. I have seen very few that utilize the Gung Ho perk with such a powerful gun. Though i have seen it done with grenade launchers, that was a treat, but not as effective. 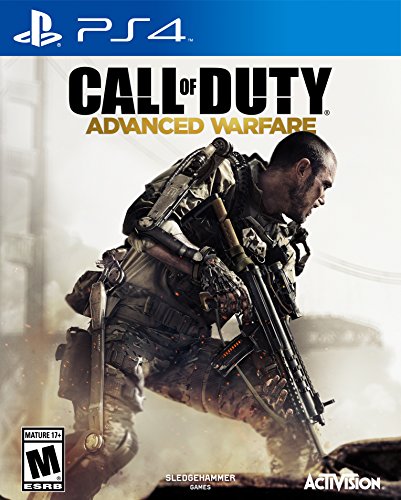 Call of Duty: Advanced Warfare - PlayStation 4 Amazon Price: $59.99 $53.99 Buy Now(price as of Nov 8, 2014)
Skipping this generation of Call of Duty? It actually turned out to be a lot more fun than i thought it would be. T'was certainly better than Ghosts, that's for sure.
Next >> No Man's Sky - How to Efficiently Farm Money