5 Class Builds to Be Completely Irritating in Call of Duty: Ghosts

The Call of Duty franchise is fun if you find joy in being the top scorer, but there will always be those people better than you.  Essentially the worst part of every Call of Duty game is the other people. Even worse are the people that will get a lucky shot in you right in time to make the kill cam then trash talk all over the lobby.

I play a lot of Call of Duty, but it gets old after awhile. I mostly just play it to please my FPS-obsessed friends. So after awhile of "run, shoot, run, shoot, run, run, die", the game needs a bit of spicing up. So I have prided myself on discovering the most annoying class combinations as possible to entertain myself. For those who have had enough of other people and demand vengeance, those who need to put a little spice into Call of Duty, or people who aren't that good at the game but enjoy pissing the hardcore players off here are some of the most utterly irritating class builds in Call of Duty: Ghosts.

There is no surer way to make a hardcore Call of Duty player rage than being stabbed. It's embarrassing when one ends up being caught camping out a window then is stabbed in the back, especially for the kill cam because you just know ridicule in the lobby is coming. The Back Stabber is a class in Call of Duty: Ghosts whose primary objective is to stab people, which considering the amount of obscene camping in Ghosts should be pretty effective.

Now just run around and knife people like a psychopath. Try to avoid running through the middle of the map or overly open spaces. The Back Stabber's natural habitat is in buildings, darting around at top speed, cutting snipers and surprising people around corners. The concussion grenade helps keep people who spot you subdued while getting in close, the dog will watch your back and maniac, well, that just makes you a maniac. 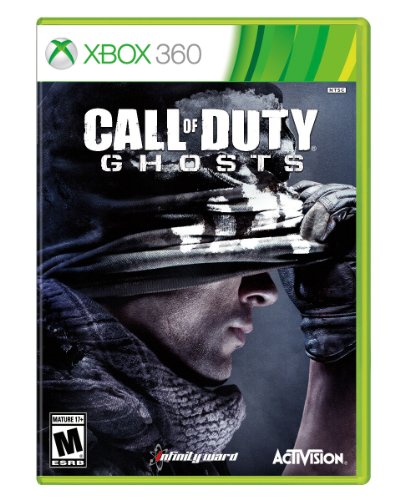 This class essentially turns players into an less armored juggernaut (that is, until you get the juggernaut killstreak). You're essentially a slow moving wall of bullets. This isn't so much of an irritating class build, but it is a stupidly overpowered one. And isn't that the most annoying thing of all?

So, with Overkill you suddenly find yourself with two LMGs and Deadeye lets you murder progressively more quickly. LMGs have huge magazines so you can pretty much destroy everything once you get a serious thing going. Set a sentry down in a frequently visited areas, watch its back and go to town until you get Juggernaut and Loki. Should you find yourself with a need to reload, throw some smoke to give a bit of cover.

Oh, man. This class will make you the most hated person in the lobby, if not the whole game. No one likes a noob tuber, yet in every game there seems to be an abundance of them. So when in Rome, blow it up.

With the above perks, not only will you have more explosives, but they will pack a bigger punch which is essential considering this will be pretty much all you will use. Once the killstreaks are achieves the map will sound like the end of the 1812 Overture.  There are really no tips for playing this class, you can hang out in buildings or just run around all willy-nilly. It doesn't really matter.

There is no better way to look like a Wild West badass than with this class. Sure, a lot of this class is just about looking cool, but what really irritates other players about it is the shotgun. Be aware that when someone breaks out the shotgun, everyone else will break out the shotgun as well. At least you will look cooler.

This is most amusing when playing a Free For All match and can do some soul-satisfying vocal Cowboy-themed trolling over the microphone. Along with your old looking shotgun and dual .44's, break out all the best classic Western lines you can muster. This class is, of course, best used in buildings due to the shotgun and akimbo guns being better at close range.

You may die a lot with this class build, but there is no more fun way to play the game.

There is one tell tale classic thing to look for when someone is trying to mess with you in any CoD game--the riot shield. When the riot shield comes out, the cussing starts. The most irritating thing in the world to a Call of Duty player is someone that just will not die.

Don't forget to crouch with this class, your feet are your vulnerable part. However, many will opt to just toss grenades at you which is what all those explosive-resistant perks are for. Everyone will hate you for those perks, for this class, really. Just walk slowly towards your victim until they stop to reload then pop them with your secondary (or throwing knife!). Since you are using support strike packages, you don't need to worry about staying alive. Just having some fun bashing in brains.