There are several different types of bowling games

When most people think of bowling, they think of the most popular type of bowling game, or 10 pin bowling. Actually there are several types which not only include 10 pin, but “no-tap”, duckpin and 5 pin bowling. Each is unique in its own way, and is popular in different areas of the world.

1) 10-pin bowling is the most common form of bowling that is played in the USA. The goal of 10-pin bowling is to knock down 10 15 inch high pins that are around 5 inches in diameter. The pins are arranged in a triangle shape at the end of the lane, which is a long, straight, hard flat surface, usually made of wood or a wood resembling material, called a lane or alley. The tip of the triangle is the closest pin and is around 60 feet away from where the bowler releases the ball, called the foul line. One of the rules of 10-pin bowling is that when the bowler is approaching the lane to release the ball, they may not cross the foul line, or their shot is discounted.

There are 10 frames in each game of 10-pin bowling. A frame is a bowler’s turn. Bowlers take their turns in the same order each frame. Each pin is worth one point when it is knocked over, except for in the case that they are all knocked down in the first turn, which is called a strike and earns bonus points. If all of the pins are not knocked down on the first try, they get a second try to get the pins down. If, at this point, all of the remaining pins get knocked over it is called a spare.

2) “No-Tap” bowling is a version of bowling that is very similar to 10-pin. There is one rule that differentiates them. In “no-tap” bowling if a player’s first shot knocks down 9 of the pins, this is a strike.

3) Duckpin bowling is popular on the eastern coast of the United States.  In this version, every rule is the same as the rules in 10-pin bowling. It is the size and shape of the pins and the size of the bowling ball that differs in this version. Duckpins are both thinner and shorter than regular 10-pins. They are around 9 ½ inches tall and 4 inches in width. Duckpin bowling balls weigh about 3 pounds less than the smallest 10-pin ball at around 3 pounds, 12 ounces, as compared to 6-16 pounds.

4) Five-pin bowling was invented in Canada in 1909. The goal was to shorten the game, so that it could fit into a typical lunch break. The five pins are set up in a “V” shape and the point faces toward the bowler. Each pin has is worth anywhere from two to five points, depending its position. In this game, players have 3 chances in each frame to knock the pins over. Just like 10-pin bowling, bonus points are given if the bowler knocks all of the pins over in the first one or two shots of the frame. Five-pin bowling pins have a rubber band around the neck of each of them. This helps the player to knock over more pins on a throw. Another difference of five-pin is that the balls are smaller, making them faster than their larger counterparts.

5) Candlepin bowling is played in northeast Canada and in New England mostly. Candlepins are taller and a lot thinner than ten-pins. The ball has no finger holes and is smaller than in 10-pin bowling. Candlepin bowling balls are lighter than the pins, making it harder to knock them over than in other forms of bowling. This bowling game also involves 3 tries per frame, but pins are not cleared from the lane after each try, once they are knocked over. This increases the difficulty of the game. Strikes are rare in Candlepin bowling. There is also a black line on the lane about ten feet from the foul line. The ball must make contact with the lane before reaching this line, or the shot does not get scored.

Bowling has existed for many years, giving it the time to evolve as it migrated to different parts of the world. Although one person may be skilled in a particular type of bowling, they can always challenge themselves by trying one of the different varieties that exist. 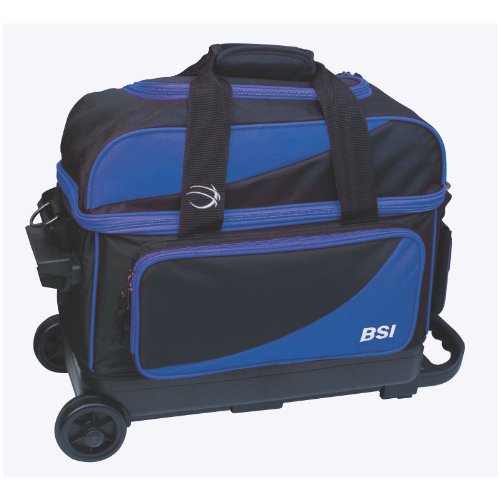