5 Of The Creepiest Unexplained Mysteries

Everyone loves a good mystery, one that gets your brain working in a more unusual way than it is used to. During the compilation of this list I got sidetracked very easily and got overwhelmed with the amount of unsolved and creepy mysteries there are out there. It was very difficult to whittle down the list, but here are five of my favourite, whether they be confusing, unsettling, or downright terrifying.

At this seemingly inconspicuous bridge in Dumbarton, Scotland it is said that over 50 dogs have inexplicably leapt to their death. This suicidal canine bridge mystery is escalated by the fact that the dogs all jump from the same spot (between the final 2 parapets on the right hand side of the bridge), in the same weather and they all seem to be long-nosed breeds of dog.

Whilst this is confusing and quite terrifying to me, as a dog owner, what makes this mysterious bridge even more unsettling is Kevin Moy. In 1994 this local man was out walking when he decided to drop his infant son from the bridge to his death, before following him down there by jumping himself. Moy survived, and claimed he did it because his son was an incarnation of the Antichrist. Unsurprisingly, after his failed suicide attempt Kevin Moy ended up in a psychiatric hospital.

Theories are abound surrounding Overtoun Bridge, with many claiming that it is a 'thin spot' in the world. Here the world of the living and dead are close, and sometimes cross over. Canines, being more sensitive to the supernatural, sense this crossover more easily. Whether you believe this or not, the real question is:

Why on Earth do people keep Overtoun Bridge in their dog walking route?

Whilst some dismiss this mystery as completely fabricated due to the lack of ship records from the time, the story is just too good to leave out!

In 1948 two American ships picked up distress signals from the Dutch merchant ship S.S. Ourang Medan whilst traversing the Strait of Malacca. The SOS message from the Ourang Medan read:

"SOS from Ourang Medan... We float. All officers including captain dead in chartroom and on the bridge, possible whole crew dead..."

After this message there was a scramble of unintelligible Morse code before two haunting words came through clearly:

One of the American ships, The Silver Star, located the Ourang Medan and got to it a few hours later. When the Ourang Medan wouldn't respond to signals a boarding party was sent to the apparently undamaged ship. This boarding party found a ship littered with human bodies, all mysteriously lying on their back with faces frozen in horror, pointing towards the sky. Their eyes and mouths were wide open in terror, and there were no visible injuries on any of the bodies. Before long, a fire broke out on the Ourang Medan and the boarding party evacuated, shortly after the ship exploded and sank.

It is easy to see why there is such criticism towards this mystery, as there is a lack of records of the Ourang Medan's existence, and conveniently the ship exploded and sank before any further investigation could take place. However, you have to agree, it is an excellent story that, if true, is terrifying.

In 1948, on the coast of Adelaide, Australia a man was found dead on the beach. Nothing too mysterious so far right? Well, when police searched the unknown man they found he had no identification on him at all, the tags had been removed from his clothing, and there was no cause of death able to be determined. Obviously, police investigated the matter in further detail but were unable to trace his fingerprints or dental records, and no one came forward to identify the body.

The police did find one thing in possession of the man though, a note in his pocket with the words 'taman shud' on it. Upon investigation police unearthed that this was from a collection of poems called The Rubaiyat and the term 'taman shud' could be translated to 'finished' or 'ended'. Very strange I'm sure you will agree, but it gets stranger. A man came forward saying that The Rubaiyat had been mysteriously left on the back seat of his car, with the page where the note would appear torn out of the book. A mysterious code had been scrawled on the back of the book in pencil. This code has never been decoded and the identity and cause of death of the Adelaide man has never been discovered.

The code scrawled on the back of the Rubaiyat

In the winter of 1959, February 2nd to be exact, nine ski hikers mysteriously died on the Pyatlov Pass in Soviet Russia. This wouldn't be much of a mystery, as temperatures in winter are well below freezing and avalanches are possible, but for the nature of the deaths.

These nine experienced ski hikers, in the middle of the night, seemingly ripped open their tent from the inside and departed the warmth and safety of their campsite, and into the freezing night without even getting dressed properly. All of them perished.

The first bodies were discovered, frozen, near a river almost a mile away from their vacant campsite, there was also a burnt out fire that had been built here. About 300 metres away from the fire was the body of Igor Dyatlov, nearby were the corpses of Rustem Slobodin and Zina Kolmograva. It took another two months to discover the remaining six ski hikers, they were found buried deep beneath the snow in a hollowed out den they had built for themselves. They had a variety of injuries, including broken bones and massive internal injuries. Oddly enough, none had any external injuries or any visible wounds of any kind. High levels of radiation were found on their clothes, at least those who were wearing any clothes, some were fully clothed whilst others were semi-naked. A young boy who was assisting the search stated that all the bodies had a deep tan, very strange considering is was a Russian winter. Horrifyingly, one of the bodies was found with no eyes or tongue. Doctors concluded that, whilst painful and incapacitating, none of the injuries were fatal.

What caused these experienced hikers to abandon the safety of their campsite in freezing temperatures, so panicked that they couldn't even prepare properly? What caused their deaths if none of their injuries were fatal? Why was a young boy assisting the search for frozen corpses? The questions are never ending. 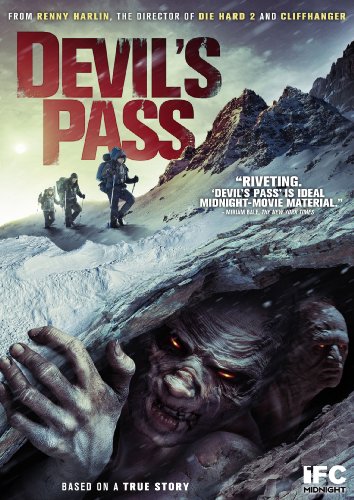 For just over a year in the late 1960s, the town of Point Pleasant in West Virginia was terrorised by what locals dubbed as 'Mothman'. Mothman was, apparently, exceptionally tall and human-like in appearance, apart from the glowing red eyes and ten-foot wings he was armed with, which dragged along the floor. The sightings of Mothman continued for 13 months, between November of 1966 to December 1967, when they suddenly stopped following the Silver Bridge disaster, in which a bridge in Point Pleasant collapsed, taking 37 vehicles and 46 human lives with it into the water below. Many have claimed that the Silver Bridge disaster and Mothman are connected, due to the sightings ceasing immediately after the disaster.

Many have dispelled Mothman as a myth, but many of the sightings were from credible and respectable sources including a well known contractor and the sheriff of the town. It also seems fairly unlikely that a whole town in West Virginia would team up to fool the world into believing in a strange, moth-like creature. It is certainly possible that Mothman was a case of mistaken identity, with wildlife biologist stating that descriptions of Mothman fit the identity of the sandhill crane. It is also possible that some of the sightings were hoaxes perpetrated by people wanting to jump on the bandwagon.

Whether it is true or not, Mothman certainly makes for a creepy, mysterious story, as is proven with the book The Mothman Prophecies and the Hollywood film that came after it. 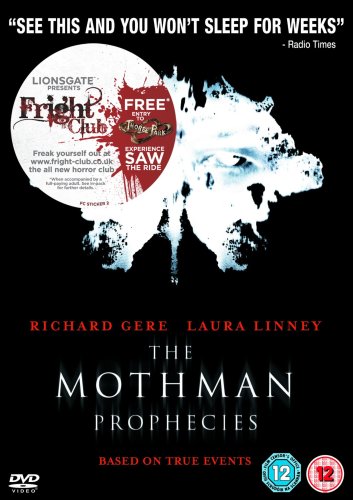 Mothman Prophecies [DVD] Amazon Price: $6.65 Buy Now(price as of Sep 3, 2016)
The blockbuster Hollywood film based on the book of the same name by John Keel. This is based on the accounts of Mothman at Point Pleasant, West Virginia.

The statue of Mothman that was erected in Point Pleasant.

Next >> Braiding is an Integral Part of Angling History