5 Reasons Why I Am A Lebron James Fan

When I first heard of Lebron James, I was still in elementary. I had no idea who he was or why he was always mentioned in shows and comments. He was then drafted and made an immediate impact. I was amazed how he slowly built up his repertoire of moves up. He is now seen as the best player in the NBA and one of the greatest ever to play the game. I will now give the reasons why I am a Lebron Fan and why you should be too.

Lebron has mastered the art of passing to the point of being compared to the all-time great Magic Johnson.  His passing when combined with his prowess at finding the rim makes him a nightmare to match up against.

When Lebron first started in the league, he was just seen as more of a slasher. As years passed by, he developed his game further. Now possessing a jump shot, post moves, even extending his range to the three point line. These tools, when combined with his extraordinary speed and bulk made him even more dangerous especially when in transition.

When Lebron is not scoring, he could influence the game in other ways. He can defend, rebound, pass, set-up the offense, serve as a threat to the defenders thus freeing up his teammates. His mere presence on the court is a huge factor in itself.

Lebron has been through a lot in his career. His every move under scrutiny of the media and everyone else, he has learned to pull through and let his play speak for itself. When he lost in the NBA Finals to the Spurs back in 2007, then to the Mavericks in 2010, Lebron finally won his first championship in 2012. He then won again in 2013 proving that he has what it takes to win championships and lead his team to glory. 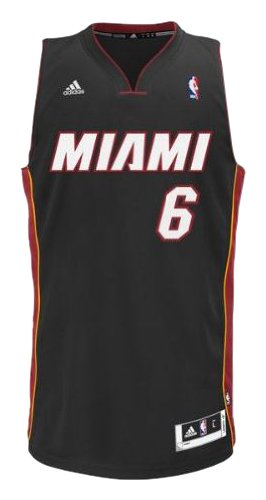