I am a Canadian Born Chinese (CBC) currently living in Canada. I became fascinated with travelling, especially doing it solo a few years back and have been hooked ever since.  You can check out my blog focusing on lifestyle improvements written from a CBC's perspective and also my journey towards location independence at CBC Survival Guide and also snag a copy of my free eBook while your at it!
InfoBarrel is a writing platform for non-fiction, reference-based, informative content. Opinions expressed by InfoBarrel writers are their own.
InfoBarrel > Travel & Places > Places > Canada

5 Reasons Why Toronto Should Be Avoided like the Plague

In the vast world there are many big cities that are beloved by people from around the globe, but then you got Toronto. The capital of Ontario. A city with close to 3 million people. It’s Canada’s most populated city and feels like a copycat of New York City, but somehow just falls flat on its face.

Here are five reasons why Toronto should be avoided.

1. The People Here Are Cold and Cliquey

Toronto is one of the world’s most multicultural cities. You can pretty much meet people from all walks of life from pretty much any country imaginable, but that’s where the problem lies. Segregation is a huge problem in Toronto. You have different areas scattered throughout the greater Toronto area all catering to different ethnicities and minority groups. Most people tend to only like to hang out with people who they either grew up with or people from the same ethnic background as them. It is very difficult to break into new social circles as people are very cliquey here. If you try to strike up a conversation with a stranger, you’ll usually end up with a cold shoulder. People in Toronto seem to have developed some sort of cold demeanor that just leaves a cold bitter taste in your mouth. Canadians seem to have developed a reputation around the world as being nice and friendly, but that only applies to other areas in Canada. In Toronto people are only friendly on paper, but actually lack any warmth and compassion. Instead, you get people who are cold and rude. Everyone just seems to always be in a hurry.

In cities that are very vibrant, full of life, high prices for living there can be justified, but not in Toronto. The real estate market is highly inflated and overpriced. Experts have speculated that the housing bubble would eventually explode but that has yet to happen. You can barely get a decent 1 bedroom apartment for under $1500 a month in the downtown core. Prices just keep on going up, while services and amenities keep on going down and here’s the kicker. People in Toronto just love paying taxes. They love voting for politicians and parties that just tax the hell out of the hell. If you move here, expect most of your salary to go towards paying for your living expenses.

There’s a good reason who people in the greater Toronto area call the GTA a commuter city. You’ll spend a good portion of your day commuting to either work or classes. The subway system here is a joke. Up until a few years back, customer service on the Toronto Transit Commission (TTC) was pretty much none existent. You can barely get anywhere with the subway system here, especially if you live in the suburbs. Also, transit fares just keep on climbing year after year despite stagnant service.

4. The City is Boring and Lacks Culture

There is no uniform identity and culture here in Toronto. Everyone only cares about belonging in their own cliquey social groups. Nothing special pops out when you mention Toronto to people. That’s because there really is nothing special about the city. The city lacks intimacy unlike other cities like New York, Paris, or Berlin. In other cities like Paris, there are countless other things to see and do, but in Toronto what are you left with? The CN tower, Ontario place, the Air Canada centre, and the Rogers centre and perhaps the ROM. There isn’t anything unique here that would make the city special and a great place to want to live in. In essence it’s lacking a soul!

5. One of The Worst Dating Markets for Single men

Feminism runs rampant in the city of Toronto, which has decimated the local dating situation for men. What you’re left with are men that have become emasculated while the women have lost their feminine core and instead exhibit masculine male like traits. Also, the skewed gender ratios doesn’t help the cause for men either. Women have so many dating options up until they hit the wall which has resulted in them becoming extremely selective and developing entitlement issues while the men have become desperate for dates even when dating down.

If you’re looking for a nice vibrant city to live in that’s full of life, avoid Toronto at all costs. It will feel like your soul is being pulled out from under you. There is something very wrong with this city, and things don’t look like they are going to get any better.

If you’re looking for a place that’s unoriginal, uninspiring, and overpriced, filled with an endless army of brainless zombies, then look no further, Toronto fits the bill on all counts. 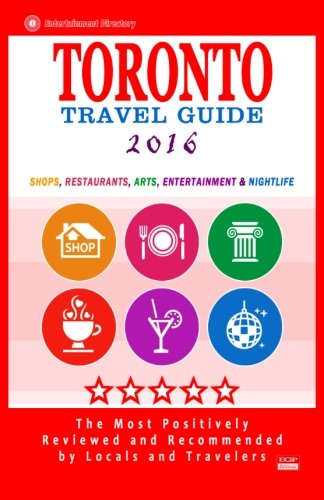