The so-called speedcubing community (people solving the cube as fast as possible or in as few moves as possible) is getting bigger and bigger and you may meet one in the train, at university, in a park, etc...

If they are generally fine with you watching them or even willing to teach you how to solve the cube, there are things you'd better NOT say to them.

Solving a Rubik's cube is like riding a bike. You do not forget it. At least not the whole of it. Were you solving it layer by layer? Corners first? If you had a method to solve it, then you would at least remember the steps you were using to solve it.

If you simply played with it and solved it once, the cube was probably not scrambled enough or you got very lucky.

Peeling off the stickers is actually a clever way to "hack" the cube but if you say it to speedcubers, they will imagine you doing it to their favorite cube and it hurts them deep inside them.

Also, in case you wonder, there is no way you can peel off the stickers and set them back as fast as a good speedcuber solves the cube (unless you can do it in less than 10s).

3. "I will scramble the cube so good that you won't be able to solve it"

Sorry, but this won't happen. Speedcubers can solve the cube no matter the scramble.

In the same category, be aware that there is very little chance that speedcubers are going to try to undo a scramble (wether they are watching you scramble the cube or not) and that a 20-move scramble can be as good as a 200-move scramble.

Who said old meant bad or outdated? Have people stopped playing football because it is getting old? Have people gotten fed up with athletism because, let's be honest, this is getting very old now?

People have different hobbies and the Rubik's cube is just as good as any.

Oh and in case you wonder, this puzzle was invented in 1974 and was very popular in 1980. It then disappeared a bit and came back with the internet (the internet made it easier for people to find the solution, share their method, connect together, etc...).

5. "You need to be an alien to solve this thing"

I know what you mean but no, you do not need to be an alien to solve the cube. Actually, you don't need to be good at maths either. Just a bit of determination and a good teacher will do it.

There are plenty of youtube videos and tutorials on the web, the hardest part is to find the good ones.

Sorry if I scared you, speedcubers are actually quite nice so don't hesitate to talk to them if you see one. Just avoid the mentioned sentences and you will be fine. Be careful, though: if you ask them how to solve the cube, they may actually teach you how to do it and you may end up being one of them... 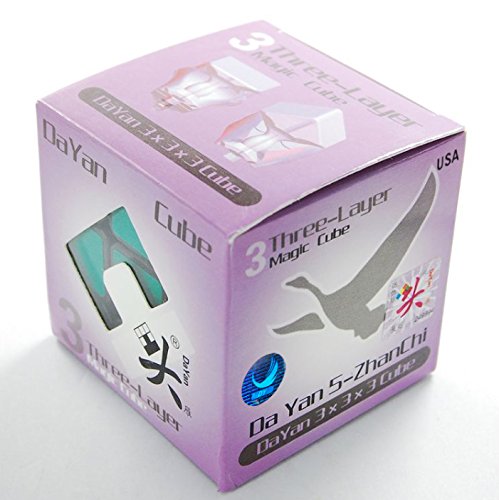 DaYan 5 ZhanChi 3 x 3 x 3 Speed Cube Black Puzzle Amazon Price: $13.99 $12.00 Buy Now(price as of Jul 17, 2015)
If this article inspired you, here is a cube for you. This one called the "ZhanChi" is the current best cube and was used for many world records. You can have it in black, white or even stickerless (the stickerless cubes are not allowed at competitions though). 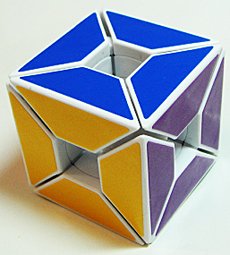 LanLanÂ® Edge Only Void Cube White Amazon Price: $9.95 Buy Now(price as of Jul 17, 2015)
Cute puzzle and a great introduction to the Rubik's cube (a bit easier but with similar principles)
Next >> Takenoko Boardgame Review