InfoBarrel is a writing platform for non-fiction, reference-based, informative content. Opinions expressed by InfoBarrel writers are their own.
InfoBarrel > Travel & Places > Places > Russia

Four Places To See in Moscow

Chistye Prudy or Clean Ponds is a large pond located near Pokrovka street that also gives the name to Chistoprudny Boulevard  that runs from Sretensky Boulevard.  During the 17th century, the ponds were actually very dirty as garbage and waste was thrown here from nearby slaughterhouses and butchers.  It used to be known as Rotten Marshes, but when the pond was acquired by Prince Menshikov, Peter the Great's favourite, he had the pond cleaned out and gave it its new name. This place became a cult hang-out place in the 1990s for bohemians and non-conformists, and lovers of alternative music which was largely forbidden in the communist era.  People like to meet near the statute of Aleksandr Griboedov, famous Russian writer.

Now this is a green oasis in the bustling city, where couples like to go for walks. It is also a popular place for outdoors photo and art exhibitions in the summer, and a skating rink in winter months. Some very interesting and expensive restaurants are located by the sides of the park.

If you walk to the end of the pond and turn to the left, you will end up on Pokrovka street, one of the oldest in the city with many beautiful old buildings located here such as the Palace of Trubetskoi family.  Movie theatre "35 mm" is also located here as well as restaurant "Pokrovskie vorota" that re-creates the interior of the apartment from the eponymous and much loved Soviet movie of the 1980s.  Chistoprudnyi boulevard is also the place of old tram line utilized by tram-restaurant "Annushka" which stops by tram station near Chistye Prudy subway and picks up clients. Charming interior with 7 tables and various European and Russian dishes and drinks.  It opens at 1 pm and works til the last visitor.

One of the oldest Moscow streets, Kuznetskiy Most, literally Blacksmith's Bridge goes from Bolshaya Dmitrovka to Bolshaya Lubyanka Street (where you can find grey ugly monstrosity of the KGB building)  Aristocratic Russian families loved to live in this area in the 17th-18th centuries, then it became a lively trade area where one could buy fashionable, luxurious items of clothings, books, restaurants and atelier.  The revolution of 1917 changed things for a while, and the street was famous for its many publishing houses and printed editions as well as book stores.  But these days Kuznetskiy Most went back to its roots, offering to the visitors fashionable boutiques, restaurants and famous TSUM - huge shopping mall from the Soviet era that has its main entrance here after the restoration.

Even though many buildings from XVII-XVIII centuries were demolished, one can still find many beautiful examples of  Russian archictecture protected these days by the government.  One of the buildings (#14) used to be Models' House where Soviet designers created fashion for factories and also for Soviet elite.  Now it's a place for shopping called Podium Concept store.

Kuznetskiy Most is pedestrian friendly zone with the abundance of cute coffee shops and one of a kind stores; it is connected with cosy Kamergerskiy pereulok where tourists and Muskovites like to stroll and take pictures.

Named by TripAdvisor "open air history and architectural museum", Tsaritsyno is a beautiful park that has a lot to offer in the way of park and ponds, architectural delights, concerts and arts and crafts exhibitions, historical excursions, workshops, and recreational pursuits are all possible here.  It occupies over 700 hectares in the southern part of Moscow, and the buildings were renovated a few years ago.

Originally, the estate was acquired by Catherine the Great for 25 000 roubles, and a palace was built by the end of XVIII century in neo-gothic style, the one of its kind in Russia.  Unfortunately, the empress hated the new building although the architect Vasily Bazhenov spent considerable amount of time and even some of his own money to finish the palace; Catherine wanted to demolish it.  In the end, she chose another architect who made changes to the original plan.  The rumour had it that the architect Bazhenov was a free mason and was in close contact with the empress's son Pavel who was not favoured by his royal mother, and she created the scandal as a punishment of sorts.

Majestic grounds of the park created in the manner of English parks, lights and music fountain that comes alive at night, decorative bridges, lush green lawns and beautiful architecture that is organically included in the natural landscape makes for a gorgeous space for summer strolling, picnicks (bring your own food as the restaurant is overpriced), and various activities (biking is not allowed).

Actually it is the name of the subway station that was built in 1935, named after anarchist revolutionary Petr Kropotkin, in the place of an old church of the Ascension Spirit built in 1493.  After communism, the area got the names of the old streets back such as Prechistenka and Prechistenskiy boulevard.  Go towards the south exit to the Gogol's boulevard and walk across Volhonka street.

Here you can find the Cathedral of Christ the Saviour.  Its glittering golden domes and sparkling white marble walls are inviting but if you don't wanna go inside, go to the right and you will come across Patriarshy bridge from where you can see panoramic views over the river.  Kremlin will be straight ahead, and the grey building on the right is a famous sight from Stalinist era, where many famous soviet citizens used to get apartments because they've done something for the country or the Soviet elite such as Stalin's daughter, Svetlana.

If you are interested to make a trip there, it's located on Serafimovicha str.2 and there is a museum that recreates the atmoshere of the 1930s.  Check out the restaurant decorated in the Soviet theme and idea called "Special Buffet #7."

Back on Kropotkinskaya - if you exit towards Volhonka street and turn to the left, you will find Pushkin's Museum of Fine Art which houses impressive art collection.  Many fine samples of Impressionist and Post-Impressionist works of Western art are housed here such as paintings by Matisse, Dufresnoy, Picasso, Gaugain and Van Gogh.  "Red Vineyard" painted by Van Gogh is purportedly the only painting that he ever sold during his life can be found in this museum.  I daresay the collection here is better than the National Gallery in London.

The actual Pushkin's Museum is located on Prechistenka street #12/2, not too far from, and it carefully re-creates the atmosphere of the 19th century. It houses Pushkin’s personal belongings, letters and drawings, rare editions of his literary heritage and books from poet’s massive library (which consisted, at some point, of more than 15 000 books in 14 languages), portraits by famous Russian artists, miniature paintings, watercolours, and engravings of old Moscow views.

There is an excellent display of Pushkin’s personal belongings, letters and drawings, rare editions of his literary heritage and books from poet’s library (which consisted of more than 15 000 books in 14 languages), portraits by famous Russian artists, marvelous miniature paintings, engravings and old Moscow views in watercolour. The atmosphere is also created by all those unique samples of 18th and 19th century furniture, ceramics and porcelain.

Mansion next door, building #11, by the same architect Grigoriev, is also a museum - for another literary Russian genius - Leo Tolstoy although he never lived at this address.

Building #20 on Prechistenka was the house of the general Ermolov made famous for conquering Caucaus.  In the early 20th century, Icedora Duncan lived her with her husband poet Sergey Esenin. She also opened her famous dance school in the building.

Building #21 was the house of famous businessman and art collector Ivan Morozov, whose avante-garde collection of French art, bolsheviks appropriated in 1917 and divided between Hermitage and the above-mentioned Pushkin's museum of Fine Arts.  These days, the building houses Academy of Art.

It's only a small sample of what you can find on these particular streets.  There is a lot of history, and a lot of new developments and interesting places to see and to experience first-hand. 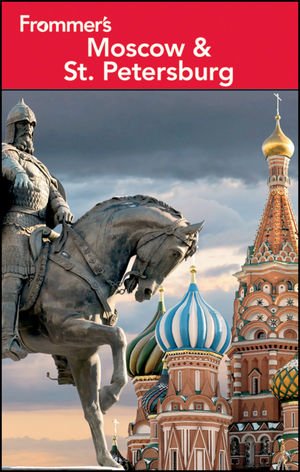 Frommer's Moscow and St. Petersburg (Frommer's Complete Guides)Amazon Price: $399.00 Buy Now(price as of Jan 23, 2014)
Next >> Preparing for Your First Time Travelling to Russia

Cool Spots to Visit in Russia