InfoBarrel is a writing platform for non-fiction, reference-based, informative content. Opinions expressed by InfoBarrel writers are their own.
InfoBarrel > Auto > Car Safety

Top 5 Tips for Keeping Your Cool in Traffic

Traffic is one of the biggest drags about living in a big city.  It's everywhere and it's something you have to get used to or it will destroy you. You will be moving slowly that's just the way it is. Rather than fantasizing about running people off the road follow these 5 tips to cope with the bumper to bumper chaos.

1. Watch for patterns.
With a commute that you do often you will start to see consistent patterns; get in this lane here, change lanes there, that lane is always clogged up here, and so on.  This will automatically make you feel better about your commute and give you the feeling that you're beating the other guy.
2. Do not tailgate.
You will waste a ton of gas with all the braking and will eventually hit their car. Every time you hit the brakes the guy behind you probably hits the brakes, and the guy behind him, etc.  This causes panic in people and they slow down when there is no reason to. Keeping a moderate distance from the car in front of you so that you can go a steadier pace will feel better and help traffic move smoother. The guy in the Lamborghini will still see the space in front of you and take it, cutting you off in the process but this is your chance to practice your patience. He is wasting a ton of gas and obviously trying to make up for something he's lacking. So, let him go with his feelings of inadequacy and know that you are making the smarter choice.
3. Remember there are people in those other cars.
Every time you get cut off or see someone do something stupid remember these drivers are people too. Like you, they are going somewhere and each have their own story. It can help to figure out what that story is. Is that woman angry at her boss and that's why she cut me off? Is that guy heading to the hospital and really needs to go fast? Understanding their situation can ease some angst even if it's made up.
4. Leave earlier/later
If you can leave a little early by all means do it. If not then leave later. If you can stay at the office a little longer you'll miss the bulk of traffic. Another thirty minutes to an hour can make a huge difference in the length of your commute. You may find that leaving 30 minutes later gets you home at the same time as leaving 30 minutes sooner because the traffic has died down.
5. Try different routes.
Sometimes you can find a faster route than the most obvious one. Try a few different routes and be creative. Driving through a neighborhood at 15 mph may seem slower at first but you could be getting around a freeway bottle neck with your new detour. It'll take some exploring but could be worth it.
Bonus
A faster route is not always the best route. Your commute will be more pleasant if you take the scenic route even if it's more mileage. The time may seem to pass faster if you have something pretty to look at instead of freeway medians and annoying drivers.
Keep in mind that commuting is something that takes time to get used to. Your determination will help you overcome the anxiety it causes and you could even find some joy in it. For more traffic coping help check out the following book. 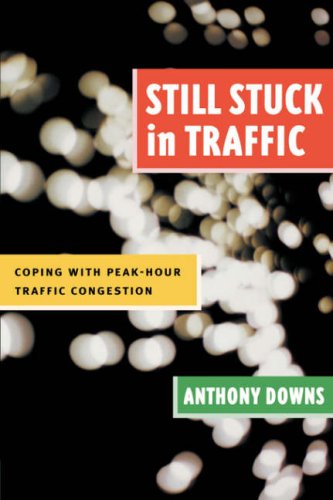 Facts About Teenage Drivers That Every Parent Needs to Know

How to Find the VIN Number on a Car

Choosing A Car Seat To Keep Your Child Safe