6 Nuggets of Wisdom from Reading Emerson

At the beginning of my university studies, I came across some Emerson texts and immediately fell in love with his sometimes difficult to access, but always rewarding philosophy. As it is so often the case, the course of events during the studies made it impossible to dig deeper into the matter. When I had to read one of his most famous text, “Self-Reliance,” again just recently, I found it not only incredibly useful to make sense of my own life situation, but I also felt that he anticipated much of what modern-day gurus suggest for a better, more successful and independent, way of living.

In this article, I tried to condense some of Emerson's wisdom into simple statements, which hopefully will be of practical help for you readers.

This is one of the poet's most seminal statements from the text and it is as true nowadays as it has been in the 19th century. Too often we assign authority to other people's voices, while ignoring the voice from within. And more often than not, we find out that listening to that inner voice could have saved us a lot of time and trouble. The “genius,” the author refers to, has to be understood in the way the Stoics referred to it, indicating the part of the human soul that is directly connected to a creator deity, which is in Emerson's reading not necessarily the God from Christian religion. And even if the inner voice is not always as reliable as we would like to have it: To me, it seems to be better being wrong while listening to the inside, than being wrong while following the voice of another.

"To-morrow a stranger will say with masterly good sense precisely what we have thought and felt all the time, and we shall be forced to take with shame our own opinion from another."

This second advice is directly connected to the first one. Not only is it necessary to respect the authority of the own convictions and opinions, it is also fruitful to share them with others. The classroom at the university is probably a perfect example for the situation, the author describes: at times, I felt that what I had to say was just not good enough to put my hand up and share it with the plenum.

Then, some fellow student took on the job for me, stating pretty much what I would have said, and sparked a vivid discussion about it. While this is just a small defeat in academic discourses, it can cost you a promotion at your job or impede your advancement elsewhere. Therefore, one should see these situations rather as opportunities to discuss deliberate thoughts with others than back out from them. 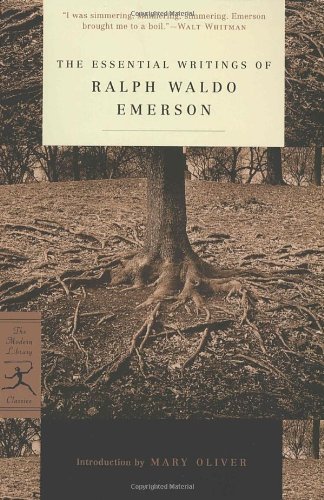 “There is a time in every man’s education when he arrives at the conviction that envy is ignorance; that imitation is suicide; that he must take himself for better for worse as his portion; that though the wide universe is full of good, no kernel of nourishing corn can come to him but through his toil bestowed on that plot of ground which is given to him to till. The power which resides in him is new in nature, and none but he knows what that is which he can do, nor does he know until he has tried.”

There is a practical part in following personal convictions and that is doing something in the way it hasn't been done before. Part of this call to action is to free oneself from the constant observation of “the Joneses” (nowadays “the Kardashians”) and their lifestyle. In the end, what is there to gain from admiring or trying to imitate other people's lifestyle? - all the more, since the dreams get bigger and bigger before one recognizes that fulfillment can not be found in keeping up with someone else. To unleash the own power, creating one's own lifestyle should be at the top of the list, not only for artists and dropouts.

4. Appreciate the power of youth

“Do not think the youth has no force, because he cannot speak to you and me. Hark! in the next room his voice is sufficiently clear and emphatic. It seems he knows how to speak to his contemporaries. Bashful or bold then, he will know how to make us seniors very unnecessary.”

I know, the Western society is already pretty much focused on youth culture and staying young forever, but we do it in all the wrong ways. While people are willing to do almost anything to stay physically young, from cosmetic products, to fitness, to surgery, little attention is given to keep a youthful mind or listen to what children have to say.

No, I don't mean just answering the endless stream of questions coming from your kids. I mean listening to what kids really have to say. The reason Emerson was fascinated by youth is obvious: just like himself, the boy in the parlor he describes did not pay attention to position or appearance, but spoke freely to his peers about the members of society in the other room. 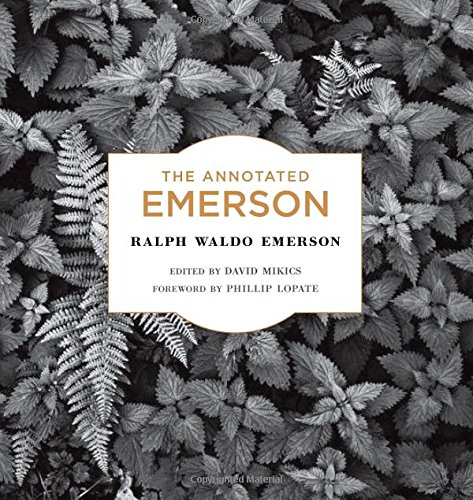 5. There is no need to be consistent

“The other terror that scares us from self-trust is our consistency; a reverence for our past act or word because the eyes of others have no other data for computing our orbit than our past acts, and we are loath to disappoint them.”

Being consistent in conviction and action is regarded to as something to strive for in our society. It is closely connected to the notion of being reliable and this, no doubt, is a positive characteristic. But what is the use of holding on to an opinion just to please friends, family, and neighbors? In my opinion, it is not only a deception of beloved people, it is also a roadblock on the way to further self-improvement. This kind of consistency serves neither the other nor the self, it only keeps up the status quo out of fear of change. Sure, someone who changes his/her mind frequently will be seen as a rather unsteady person, but if a change of mind happens, it is better to hurt some feelings than to live a lie.

“Another sort of false prayers are our regrets. Discontent is the want of self-reliance: it is infirmity of will. Regret calamities if you can thereby help the sufferer; if not, attend your own work and already the evil begins to be repaired.”

Where I come from, there is this phrase “Wirf das gute Geld nicht dem schlechten hinterher!” - I don't know whether there is something similar in English. It basically expresses a warning, namely that when some money is lost, one should not use more money in trying to retrieve it. This is a behavior we know from the gambling mentality, in which people always use more money to get back what they have lost before.

In a wider sense, Emerson's words mean that time spent for regretting something which cannot be changed is wasted, while it could be used to heal the damage that has been done. He even sees it as an infirmity, a weakness of character, because regretting is a form of distraction from personal goals and can easily result in self-pity. Of course, this does not mean that one should not learn from mistakes and try to heal as much as possible, if other people are involved. But beyond that point, keeping on with life is probably the best thing to do.

There is much more to learn from Emerson and I recommend reading the full original text. But my short summary might have given you an idea of the value Emerson still has today. If there is some other quote from the poet that is especially important to you, please let me know. 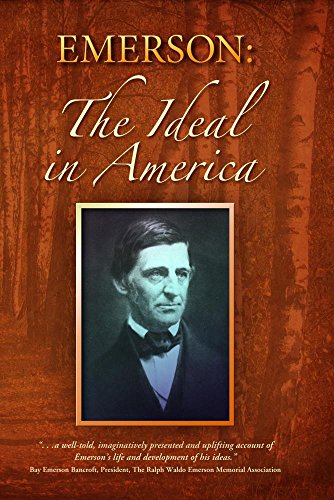