For all the curses slung out over voice chat, player killings, and vengeful trolling dished out by gamers to each other, we can occasionally be a kind people. As a series of tight-knit communities, it is no surprise that when a community loses one of their own, they take it pretty hard. Gamers and, on occasion, game developers are both eager to hold tribute to those who have had an effect on the community before passing on. Some hold memorials of mind-boggling size while other gamers are commemorated through NPCs and virtual memorials in the game world. Regardless, there are a number of touching things that gamers have done throughout the years.

This particularly touching tale comes from a Reddit user by the handle of Lastrogu3 who had recently lost his brother. In order to stay connected to his lost brother Taylor, he booted up Taylor's last save in Elder Scrolls: Skyrim regularly so he could see what his brother had last saw when he played the game before dying in the real world. He noted that in this save he never moved from that spot, but still logged in just to feel closer to him.

When Lastrogu3 took this tale to Reddit, many commenter's wanted to know where the spot was so they could visit and pay their respects. After Lastrogu3 complied, modders took it a step further by creating a memorial mod that added a gravestone to the game in that same location.

Guild Wars 2 - The Legacy of Oldroar

Those who play MMOs know that it is not uncommon for people to meet and join guilds in one game only for those members to move onto a new MMO when their original game begins to grow stale. Roger "Oldroar" Rall was the leading officer of one such guild. The Celtic-themed Gaiscioch guild originated in the Dark Age of Camelot MMO, but has been seen in Rift, Elder Scrolls Online, and Warhammer Online.

During the run up to the launch of Guild Wars 2, Oldroar and his guild got caught up in the hype and the guild leader was already tirelessly making plans for his guild's emergence into the upcoming MMO. However, it was not meant to be. Oldroar passed away suddenly before Guild Wars 2 launched, but his guild meant to see that they would not be without him in this new MMO. Gaiscioch wrote developers at ArenaNet (as well as sent some cookies) urging the developers to commemorate him.

ArenaNet went above and beyond in this. They not only created a server called the Sanctum of Rall (where the guild can be found to this day), but in the Black Citadel, they created a Charr character named Historian Goshkia (which is a pronounced the same way as Gaiscioch) who tells the tale of a legendary Charr warrior renowned for his leadership. This Charr's name? Rall Oldroar.

There have been a number of diehard World of Warcraft players remembered in-game throughout this MMOs long run, but when Robin Williams passed away in 2014 it sent a ripple of sadness throughout the world. While this affected almost everyone who had, throughout the years, enjoyed his comedy and acting, it hit the gaming community hard too. After all, Williams was an avid gamer himself.

Robin Williams enjoyed World of Warcraft for a number of years and following his death thousands of fans petitioned Blizzard to create an NPC based off the man. Blizzard acknowledged the fans and eventually delivered on their promise to fit him in the game. As soon as the Warlords of Draenor expansion hit the shelves, players found NPCs based off of Robin Williams and his most famous roles including Genie from Aladdin and Mrs. Doubtfire.

This is one of the finer examples of how a death can bring gamers together, even if they dwell on different servers. One day, on the Final Fantasy XIV sub-reddit, Reddit user Pattmyn posted a small notice stating that his friend Codex Vahlda on the Gilgamesh server was passing away due to renal failure and that his Free Company leader had bestowed him a special rank. If it were anything but a death, this may have been met with the same Reddit indifference and occasional distain that happens in gaming sub-reddits. However, the community did not let it go unnoticed.

The Reddit user chronicled the outpour of sympathy as player after player on the game's largest server arrived in front of their Free Company house, quietly kneeling in a vigil for Codex. In just hours, hundreds of players filled the area, some going so far as to make another character on Gilgamesh, levelling to unlock the Free Company area, and joining in to pay their respects. Those who couldn't be on the same server instead went to the same location on their own server to show solidarity in this gamers' final moments. The vigil would continue on for several days after he passed away.

Destiny - The Dads of Destiny

When Joshua, also known as TheSquashPhD, passed away from cystic fibrosis, his Destiny clan, Dads of Destiny took it hard. However, they were determined to find a special way to honor their friend. The clan thought about reaching out to Bungie, but instead decided to reach out to the Destiny community to help make a video. Over 250 Destiny players responded with videos of their Guardians saluting, firing off their weapons, and otherwise honoring the memory of TheSquashPhD. Today, players can still watch the video that the Dads of Destiny put together that immortalizes this fallen Guardian.

World of Warcraft - Crusader Bridenbrad, a Tale of Valor

This final entry into a journey through remembered gamers ends with one of my personal favorites. Before Robin Williams, one of the most treasured in-game memorials in World of Warcraft could be found in Icecrown. Players can still happen across Bridenbrad, a hero of the Argent Crusade who had managed to save the lives of countless innocents, but lay fatally wounded and inflicted the plague that would see him die before living on in the relentless din of undeath as a thrall of the Lich King.

From there, players follow a quest called A Tale of Valor where, at the behest of Argent Crusade leader Tirion Fordring, they travel all across Azeroth trying to save his life. This journey takes players to a number of influential characters in the World of Warcraft lore including Dragon Aspect Alexstrasza and A'Dal, the leader of the Sha'tar Naaru.

Crusader Bridenbrad and his quest were created in honor of long-time WoW player and city manager in La Habra, California, Brad Bridenbecker. At the age of 31, he was diagnosed with cancer, but after years of battle he finally passed away at age 35. His brother, Robert Bridenbecker, worked at Blizzard Entertainment and asked the company to immortalize his sibling who was just as fond of the game as they all were. Robert was given two choices, make him a part of the main Lich King storyline or honor him in a quest. Robert picked the latter; stating it better symbolized the fight his brother put up at the end.

The Tale of Valor quest ends with Crusader Bridenbrad dying, despite the player's efforts. However, as he is passing, the Naaru appear and purify him of the disease, allowing him to rise to paradise instead of suffering one second of undeath. 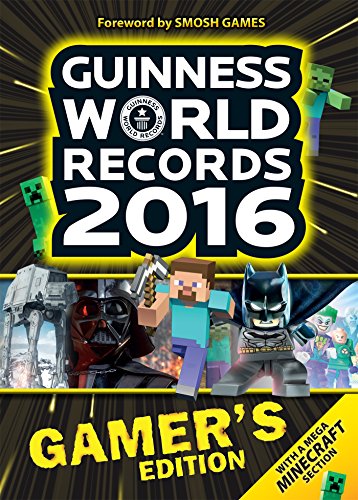