70s Jams: Bad Luck by Harold Melvin and the Bluenotes

The song Bad Luck was released at the tail end of a recession in 1975. Performed by the group Harold Melvin & The Bluenotes, the number features the lead vocal talents of Teddy Pendergrass. At the time an unknown, Pendergrass would later become famous as a solo artist and would surpass the notoriety of the band by leaps and bounds.

Harold Melvin and the Bluenotes

The song sounds like an anthem for the down-and-out in America. The lyrics tell the story of the woes and unfortunate circumstances of a person who is destitute. But, although the story is a tale of woe the melody is upbeat, and the tempo continues with a fast and energetic beat. It's a bit contradictory.

The song was a favorite disco-dance tune because of its brisk tempo. The song reached the number one spot on the U.S. Billboard Hot Dance Club Play Chart, and it made Harold Melvin & The Blue Notes a household name.

That's What You Got

The song begins with a brisk bass introduction that sets the melody for the entire number. The tune continues with a lively cheery beat. The number sounds like it could just as well be about good luck because of the music. The lyrics, however, are clear that the song is about a person who is struggling.

The words start out with "downhearted and confused . . . lately, you've been starting to lose . . . bad luck, that’s what you got. . . ." The lyrics go on to tell a story of a person who has lost his woman, about to lose his home, and walks around with no money ("bare pockets").

The message coupled with the music provides a perfect number for dancing or singing along, and the lead vocals of Teddy Pendergrass belting out the words set a rambunctious outcry type of tone. The singer also adds a sleek sound to the dark lyrics. The combination is dynamic, and the piece communicates serious information in a boisterous and entertaining way. 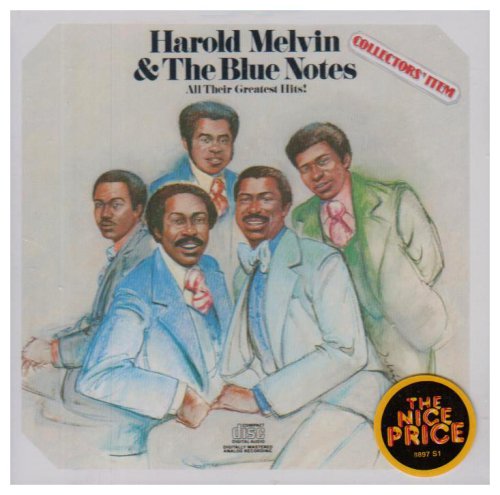 All Their Greatest Hits: Collectors Item Amazon Price: $6.99 $2.12 Buy Now(price as of Dec 6, 2015)
Bad luck is a 70s disco anthem for the down and out, and gets a bit political. But the rhythm of this tune turns up the funk and makes it a fun dance song.

The hardships of the character in the song are a tragedy but instead of feeling sorry for the protagonist, the singer voices a type of protest about the government. The conclusion of the number gets political and expresses an opinionated commentary of the times. On paper, the song reads like a political protest but the lively music turns it into a hip dance tune.

Pendergrass, sounding like a charismatic preacher, exhorts that no one is "satisfied" with the "crisis" going on. He continues about reading a newspaper article regarding the president (Gerald Ford at the time) saying he was going to help. But the singer laments that the POTUS gave the people high hopes but then turned around and "left all us poor folks behind."

Although the song is about a defeated vagabond type, the disco beat made it a hit in 1975. The bitter tale with the cheery tone reached number one. Folks got acquainted with the group and their prior singles such as: If You Don't Know Me by Now; Wake Up Everybody; The Love I Lost; and You Know How to Make Me Feel So Good. "Bad Luck" turned out to be good luck for the band, and I hope the main character eventually got out of his calamitous rut.