7 Days Without an Internet Connection

Ways to Overcome No Internet Connection

So many of us these days are dependent on our internet connections for everything from work to entertainment, and yet, just twenty or so years ago, most of us hadn't even been online. You'd think that that really isn't enough time to get truly hooked on the web, but you might be surprised. Do you think you could live for a week with no internet at all? Really? Let's have a look at how your day might go...

No Internet? No problem?

It starts with you waking up late for work. Of course, you remembered to turn off the 3G on your smart phone before you went to sleep, but that doesn't stop your phone alarm from working, does it? Except that you forgot that your phone alarm was set to wake you up by streaming your favourite internet radio station, so you didn't hear anything and therefore got up late. Not a problem though. You'll just check the traffic situation before you leave to get the best route. Maybe get the exact train times too, while you're at it, so you don't miss anything; except you can't. So instead, you jump in the shower and then race to the station. On the train you could be doing a little work to catch up and be ready for that big meeting this morning; except you can't use your new Vodafone mobile broadband dongle. So instead you decide to read. But your Kindle is empty, and you can't use WiFi to quickly grab a new book from Amazon. Fortunately, someone's left a newspaper on the seat next to you, so you can read that. Engrossed in an article about Bolivian economics, you realise that you don't actually know that much about Bolivia, so you grab your phone to Wikipedia it, then remember that you're not allowed to. You do the same thing a few minutes later when you read the review of that new Brad Pitt film and think about grabbing some tickets for a showing tomorrow, then remember that you'll have to stand in line with everyone else to buy tickets.

By the time you finally get to the office, you've accomplished nothing with your day so far. And it doesn't get any better. You can't Google that client that you're meeting. You can't order your lunch to be delivered online. You can't even chill out with a few minutes of Flash gaming while you're on the phone. Actually, since you've lost the business card of the guy you're supposed to be calling, you can't use your phone anyway. His number's on the email he sent you, but you're not allowed to check your email. Speaking of email, you miss the assistant's email that tells you that the meeting room has been changed for this morning, so you end up arriving late and breathless for that meeting anyway. Things aren't looking good. At least you can go home and watch a little TV. But you can't check the TV listings, so after a few minutes of flicking around between channels and finding nothing, you think about grabbing a movie from Netflix. But once again, you can't. You could go and rent a film, but you can't remember the last time you saw a video rental place, and you can't look online to find one. You end up in bed, with a book, but turn the lights out in frustration after you want to find out what “insidious” means and can't find a dictionary.

Should We Feel Bad About This?

Clearly, living without the internet is going to be nowhere near as easy as you had first thought, and so you decide to ditch the idea, and turn your 3G back on so that you can catch up with your Facebook friends. Don't feel bad, there aren't many of us that could go without the internet, and you did make it for nearly a whole day. Sure, some of us can go without the net whilst we're on holiday for a couple of weeks. But the point is, that we've all become so dependent on an internet connection, not just at home and in the office, but in our mobile phones as well, that being without it is like having an arm cut off. Should we feel bad about being so addicted to technology? Possibly. In the event of some kind of apocalypse that brings the internet to its knees, we might be at risk of catastrophe. But in the long run, progress is progress. If we don't use the internet, we're putting ourselves at a disadvantage. There are jobs that we won't even get the chance of applying for, let alone doing, without the internet. And all of those little tasks that you need to take care of every day are made immeasurably easier by having a web connection.

Mobile internet is the latest trend. Having an internet connection on the go is no new thing, since smart phones have had internet access for a few years now. But harnessing that 3G network to give you a solid internet connection on a lap top or tablet whilst you're on the train, sitting in a waiting room, or having lunch in a restaurant is a huge boon to many people. Getting work done on the go means keeping on top of your job, being able to Skype means keeping up with your friends and family. Turning on that Vodafone mobile broadband dongle means being able to see the internet on your big screen whenever you want to, and for many of us that's becoming more and more of a necessity. In just twenty or so years we've become so dependent on the internet that we need it with us constantly. And to some extent, we actually need it to survive. Could you imagine telling your boss that you're never going to use the internet again? For most of us, that would mean getting fired immediately...

Mifi - Create Your Own WiFi Hotspot 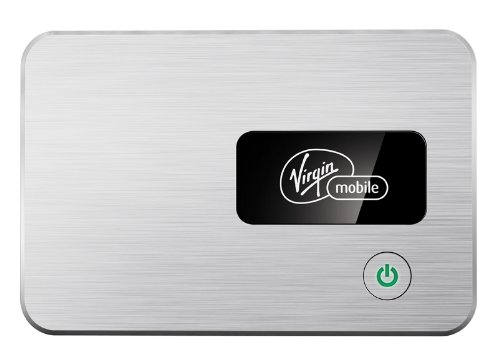