7 Facts About Yoghurt and Its Health Properties

Since ancient times, yoghurt has been developed as a way to preserve milk in some way, and also as a delicious treat that is healthy and rich in nutrients. Milk and honey are the only two products of our diets whose sole function in Nature is nutrition (no plants or animals are sacrificed for you to eat). No wonder the nutritional value of milk is high!

1. The name comes from the Turkish "yogurt" which means long-lasting

Yogurt came from Asia and then spread to Europe through Turkey and Bulgaria. The first references on the production of yogurt appear in ancient texts. The first consumers of yogurt were nomadic people of Asian communities, and consumption in the West did not become popular until the twentieth century, when the studies by Russian scientist Metchnikov  indicated a possible correlation between longevity and yogurt consumption, especially in communities around the Balkans. The same scientist introduced yogurt in Europe, and started this new industry. Many famous women throughout history were known to consume yogurt to preserve their beauty and health, such as Greta Garbo, Vivien Leigh, Marilyn Monroe and Ingrid Bergman.

2. It is produced from milk by bacteria

There are two main subtypes of bacteria, Lactobacillus and Streptococcus. They both can produce yoghurt but they go through different chemical pathways that result in slightly different organoleptic properties.

Yoghurt can easily be made at home. You only need good quality milk (preferably full fat) and a starter culture (a commercial yoghurt will do the job). If you have a yoghurt maker, it is a lot easier, but it can be done without it (especially in the summer). So you take the number of glass pots you want to prepare, you fill them with milk up to 80-90% and you add one spoonful of the commercial yoghurt (or a previous home-made yoghurt) to each of them. You stir a bit, and you place them in the yoghurt maker or in a warm and dry place in the kitchen, protected from light. You leave them overnight or until you see that they have reached the right consistency. You cover them and you place them in the fridge. Cheap, good and healthy!

4. It helps your intestinal flora

Because it contains bacteria that are alive, yoghurt is one of the few sources of probiotics (“in favor of life” – meaning bacterial life). Bacteria are really important in your gut because they help digest all those starchy foods that your stomach is not capable of processing (especially those containing cellulose). They also fight other microorganisms that would invade your gut causing infection, and all that without interfering with your body (the act of two beings living in harmony and mutual collaboration without competition for the resources is called symbiosis). All humans have higher or lower amounts of bacteria in their guts. In fact, when we take antibiotics because of an infection, we kill most of our intestinal floras; this is why doctors usually recommend you to have a lot of yoghurts afterwards. If you want to keep your bacteria “happy”, you should have plenty of prebiotics (“precursor of life”, basically food), which are considered to be all foods with plenty of fiber (think All-Bran).

5. It has plenty of calcium

Calcium is more easily absorbed when in presence of lactic acid, which can be found in most types of dairy products. It turns out that you find plenty of lactic acid in yoghurt, as well as respectable amounts of calcium (about 20% of your recommended daily intake per portion). But as we said, because the bioavailability of this calcium is better in yogurt than in other dairy products, this 20% will be better than a 20% in, say, milk. Bacteria that are present in yoghurt also help in the absorption of calcium in the gut. Yogurt also has plenty of vitamin B, which plays an important role in cell metabolism.

6. It is more easily digested than other dairy products

Because yogurt contains live bacteria that are also eating on some of the nutrients that are present in milk, the enzymes that are produced by bacteria also come in every spoonful of product. Therefore, for people who have become partially intolerant to lactose (because they don’t have the necessary enzyme to digest it, lactase) will more easily tolerate the intake of yoghurt than other dairy products. But also, because the bacteria will have already consumed part of the lactose, its content is lower than raw milk or some cheeses, for example.

7. Why are some yoghurts creamy and some others lumpy?

Casein is responsible for the coagulation of milk (which is what gives yogurt its consistency). Milk is an emulsion, a colloidal suspension and a true solution with an aqueous solvent. Milk can be described as:

The fat is in a state of emulsion under the form of small particles in liquid dispersed in the solvent which is visible under the microscope. This determines if the milk has fermented for long enough, in which case it will separate the fat from the water in the form of cream.

In yoghurt, the lactic acid produced by bacteria reduces the pH (acidity) of yogurt and unstabilizes the fat/water balance, giving rise to the coagulated matter we see as yoghurt. 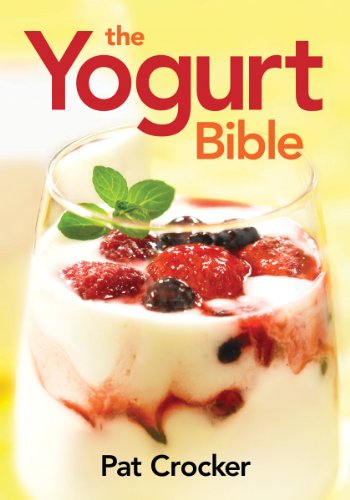 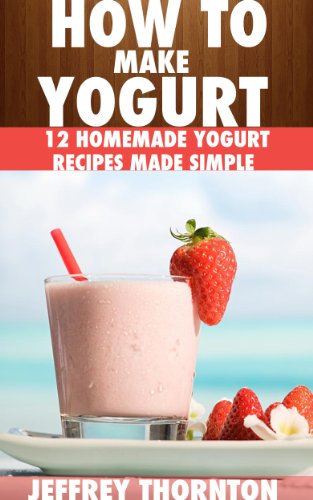 How To Make Yogurt: 12 Homemade Yogurt Recipes Made SimpleAmazon Price: Buy Now(price as of Aug 10, 2013) 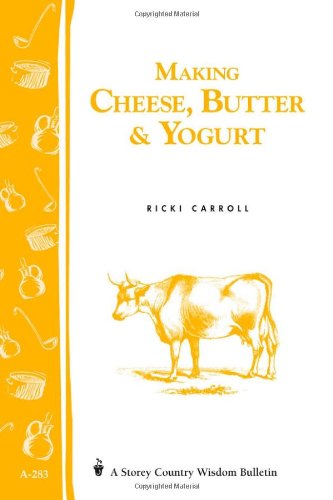