It seems like almost every day that I discover a new misconception of what military life is really like. I’ve been asked lots of strange questions over the years, yet I understand the role of Hollywood and the media in shaping the public’s concept of military life. The truth is that the Armed Forces have managed to change with the times and this is reflected in the present day culture of the modern military. Despite this, there are several misconceptions that somehow persist. Here are seven that I frequently run across.

There are some misconceptions that become fairly obvious once you join, and then there are some that catch you totally off guard. Apparently there is a general consensus that most military members are extremely well off financially. The only money problems they have are deciding whether to go with the Benz or the BMW and figuring out where to stash all of the surplus cash they have lying about the house.

Nothing could be further from the truth. In fact, young people plus a regular paycheck minus the appropriate money management skills usually equals early financial issues. Personally, I should probably sit down and write Maruchan (the creators of Ramen noodles) a thank you letter for keeping me alive for so many years. For those that live on base, more often than not the chow hall is a godsend.

Yes there are spots here and there where there are subtle spikes in income (tax season, possible enlistment bonuses, etc.), but for the most part military members live like the rest of us, except their pay is determined by rank and time with little to no regard for the type of job and the level of skill. The worst E-5 Cook makes about the same amount as the best E-5 Medical Technician.

This may have been the case once upon a time but this is no longer true. Back in the Cold War days and even before, a large force was deemed necessary. However, things have changed and the military is expected to do more with less. This means that recruiters across all of the services are more selective than ever before.

Proof of high school diploma, a minimum credit score, and a clean record are just a few of the base line requirements to even be considered for most military jobs. These types of things didn’t hold nearly as much weight in the past. Also, certain tattoos can disqualify potential candidates if they are considered to be not in line with a positive military image.

This is probably the result of the public’s concept of what traditional military jobs are. The reality is that there are many “traditional” jobs that exist in the military. Many of the professions and services that are necessary in civilian life (financial, healthcare, and civil authorities to name a few) also have military versions to service their population. Military members performing these jobs go through accredited training schools with curriculums designed to be comparable with their civilian counterparts.

Members often continue training even after they have begun working. This is achieved through mentorship, career development programs, and opportunities for college degrees in their respective fields.  Additionally, in many cases civilian employers are already familiar with military qualifications and have programs and job recruiters already in place to snatch members up once they leave the service.

Early on, there were limited educational incentives to joining the military. For many, after graduating high school you had to choose between finding work and continuing to higher education. Choosing to enlist meant putting your educational life on hold or canceling it altogether. In other words, the concepts of military life and higher education were mutually exclusive.

In recognition of this dilemma, great steps have been taken within the past twenty years to fix this issue. Programs were tested and implemented to allow soldiers more opportunities to earn college degrees. The military itself proactively supports higher education through its promotion system. In many cases candidates being considered for some higher enlisted grades must show some sort of college experience or degree to even have a fighting chance at promotion.

What used to be one of the military’s biggest shortcomings has now become one of its greatest perks. Programs like the Tuition Assistance Program (TAP) pay for up to 100% of tuition costs for eligible participants taking college courses while enlisted. The Montgomery G.I. Bill pays for college after the service member leaves the military and even pays a monthly stipend. Certain branches like the Air Force have their own college (Community College of the Air Force) which offers an Associate’s Degree related to a members job. Many of the credit hours needed for this degree are already satisfied following successful graduation of vocation school.

One would think that an unbiased, merit-based organization like the military would be immune to the traditional organizational politics that plague other companies and institutions. Unfortunately this is not the case. The culprit here is the same archenemy that Socialism has been dealing with for years: human nature.

No matter how well intentioned, an organization is only as good or bad as the people who run it and are a part of it. There are genuinely decent people, and then there are people who will do whatever necessary to get what they want. As these types of people make their way through the ranks, they become a model for similar behavior to peers and subordinates. Many come to feel that this is the only way to get ahead in a competitive environment. The military may change the way we behave, but it does not change our nature.

While I would love to say that I survived my own version of Full Metal Jacket, the truth is that real Boot Camp is substantially less dramatic. Don’t get me wrong, there’s a lot of hard work and dedication involved, but instructors are limited in the methods they can use to motivate trainees to fall in line.

Regular beatings and hazing are explicitly forbidden. In fact, there is little to no touching involved, unless of course a trainee decides to initiate some sort of physicality. There is no inhumane treatment or forcing trainees to do any task that might jeopardize their health or safety (unless you consider allowing only five minutes to eat a meal to be inhumane). Also, there’s little to no swearing at recruits. Instead, Instructors tend to use an arsenal of psychological ploys to achieve the results they want, and they are very good at what they do.

The ironic part of all of this is that people look at me and wonder how I was able to endure whatever mental image they have of Boot Camp, and I look at Instructors and wonder how they are able to effectively do their job without beating the crap out of some people.

All soldiers get along famously

As I stated earlier, the military is comprised of real and sometimes flawed individuals. Unfortunately, this type of realism doesn’t always play well in iconic military-themed media. Things like camaraderie and integrity are marred by the presence of greed and indifference. A positive military image is a powerful tool in bolstering patriotism. Because of this, Hollywood and the media seem to feed this stereotype that all military members sacrifice their own personalities in the name of brotherhood.

I’m not sure how highly evolved the media believes 18 to 35 year old Americans to be, but in my experience the military is not a love fest. There are bullies, jerks, and people who just flat out have no idea what’s going on around them. Service members have to not only learn how to work together but also live together.  Having that many different personalities in close proximity on a daily basis can take its toll.

The result is much like we see in high school. People can become cliquish. Members who aren’t up to snuff may get harassed or even ostracized. On deployments, soldiers take their jobs seriously, and part of that job is to protect your fellow soldier. However, there’s a fine line between jumping on a grenade and just getting along. 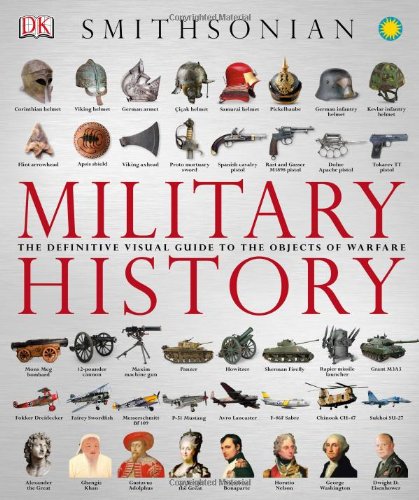 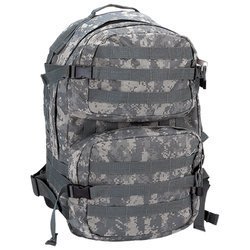