As it is with many sports, much of the game is mental. Making improvements in hitting a baseball is no different. A batter must be in the right frame of mind to hit a baseball. There is a certain focus that the great hitters have. It’s the same focus that great shooters in basketball have or kickers in football possess. Many athletes call it “being in the zone” and hitting a baseball is a skill that requires that type of intense mental focus. Hitting a baseball should become almost second nature so that when a hitter steps to the plate, he or she never thinks about it. When hitters step into the batter’s box, they just hit.

One of the things that can help a hitter in improving his skill is adjusting the stance while in the batter’s box. The position of the head is very important. It should be turned toward the pitcher to make sure that two eyes are on the ball as it leaves the pitcher’s hand. When it comes to the rest of the stance, the key is to keep it simple and comfortable. Weight should be distributed so that there is slightly more on the back foot. The hitter should be balanced, but in an athletic position meaning a slight bend in the knees. The front and back elbows should be relaxed as should be the grip on the bat. The more relaxed the hitter is in the stance, the faster and more powerful the swing will be. 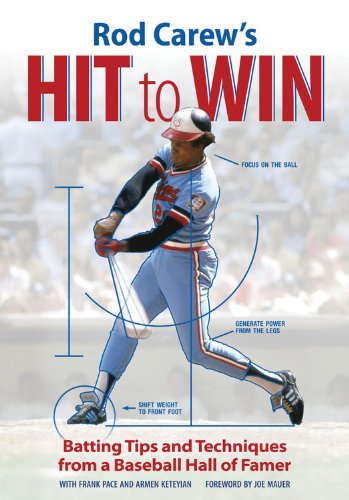 One of the biggest parts of the swing has to do with the head. The head needs to be as still as possible through the swing. The hitter must then relax and get into a rhythm. Once the pitcher gets into his windup, the hitter then begins to load, or gather momentum to prepare for the swing. This may include a leg kick or step with the front leg.

Swinging To Hit The Ball

Once loaded the hitter strides and then begins the movement of the hands. All the while, the hitter’s head remains in the same position. As the hitter brings the hands forward to swing the bat, there is a distinct weight shift from the back foot to the front foot. Then, the decision is made to actually swing the bat. The hitter will release the barrel of the bat to meet with the path of the baseball. The shift in weight helps develop torque and that torque will determine bat speed. To complete the swing, hitters should swing through the ball. All of these steps occur within a matter of seconds. 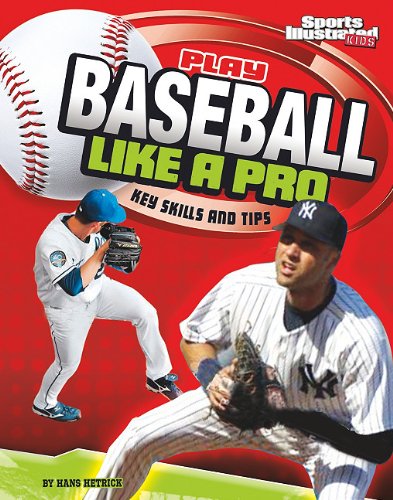 Seeing the ball is of utmost importance if a batter wishes to hit it. It is imperative to get two eyes on the ball and, as stated before, the head should be positioned so that a hitter can see the pitcher, his throwing hand, and the ball leaving the hand with both eyes. As the old adage states, “you have to see what you hit.” The best hitters will have the ability to see the ball as it leaves the pitcher’s hand. Seeing the ball as soon as possible gives hitters the greatest opportunity to hit it. Depending on the speed of the ball and the distance between the pitcher’s mound and home plate, a hitter at any level will only have fractions of a second to determine whether or not to swing the bat in an attempt to hit the ball.

A common practice among great athletes across all sports is the visualization of success. A great shooter in basketball can visualize hitting jump shot after jump shot or free throw after free throw and the results of that visualization can help improve that player’s shooting. The same can apply to baseball. If a baseball player wants to become a better hitter, he or she needs to visualize having success. Make a mental picture of watching the pitcher wind up and throw. See the ball as it leaves the pitcher’s hand. Visualize the path of the ball. See the load phase and then the swing. See the bat hit the ball. Repeated mental visualization can have a tremendous effect on one’s overall performance as a hitter. 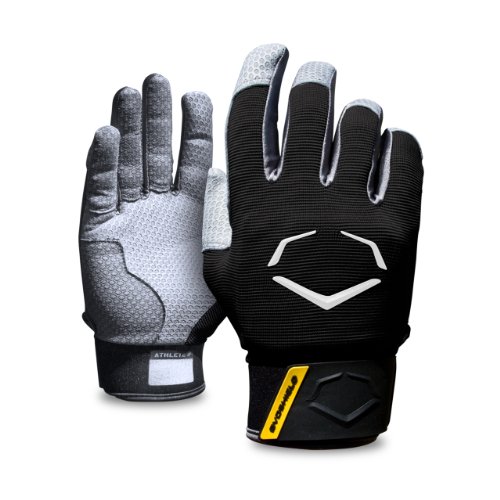 The one thing that will help a hitter improve more than anything else is, simply, practice. It does not matter if you want to get better at playing the piano or hitting a baseball. The skill must be practiced and practiced repeatedly in order for improvements to be made. To improve in hitting a baseball, one must hit more baseballs. There are a variety of drills that a hitter can use in order to improve his or her skills. Hitting off of a tee can help to improve the path of the swing. Hitting soccer balls and basketballs off of a tee can help a batter improve bat speed. Those types of balls tend to give as the bat hits them. Hitters have to learn to hit through the ball. Hitting balls from a pitching machine is beneficial as well as is a number of other drills. Use drills wisely and perfect the skill of hitting a baseball.

Hitters might not realize that increasing one’s strength can be an advantage to improving the hitting of a baseball. For young players and even some older ones, a bat may be fairly heavy. If a player cannot swing the bat effectively and efficiently, he or she cannot become a great hitter. Swinging a bat with a doughnut, a weight that makes the bat heavier, can be a great way to get stronger and handle a bat more efficiently.