As well as being an avid writer, I am also an enthusiastic gamer, anime fan, movie buff, and love of all things strange. Being as I live with a boyfriend, I am also particularly knowledgeable about cleaning and cooking. You can join me in my adventure of writing for money here at Infobarrel. Sign Up today! Also, I wrote a book! Check out The Guild today!
InfoBarrel is a writing platform for non-fiction, reference-based, informative content. Opinions expressed by InfoBarrel writers are their own.
InfoBarrel > Lifestyle > Pets & Animals

Nice or Nasty? 8 Common House Spiders in the United States and How to Identify Them

They're the reason you look before you place your hands behind the furniture or shake out an old sweater after it's been in the closet for awhile. They make your skin crawl when you think about them, and the strange part? There are probably a few of them within six feet of you right now. These creepy, crawly subjects of most nightmares are, of course, spiders.

Aside from snakes and possibly some rodents, spiders are one of the most feared creatures around the world. They're small, they're sneaky and some can kill you. Alas, the deadly venom of some has given a bad rap to the rest. While all spiders are generally unwelcomed house guests, they serve a purpose. They keep houses free of insects and generally do their best to avoid your personal space by hiding where humans will rarely visit. However, before you let that spider skittle off in an attempt to live and let live, it's best to know if it will come back to bite you later.

The American House Spider is one of the more common spiders in the American home, as its name might suggest. The American House Spider is responsible for those traditional Halloween cobwebs that line the windows of the attic or the corners of the basement. It's not uncommon for multiple females to build their webs close to each other which causes quite the cluster if not cleaned out regularly. These spiders are recognized by their bulbous abdomen and yellowish-brown color. On occasion they have strips on their abdomen and/or a black triangular spot on the center of their body. The females are larger, but the smaller darker males are more commonly seen wandering the walls of the house as the female will stay in her web to guard her eggs.

The American House Spider rarely goes out of their way to pester humans. They are found in all the usual spider hot spots including window frames, corners, under furniture and in crawl spaces. In fact, due to their poor vision, when threatened they will often play dead, but when handled too roughly, they will bite. They are venomous, but not deadly. Expect a somewhat painful bite and a red bump with a white head.

The Black Widow - one of the major dreads of the spider world. The Latrodectus genus has four different species that live in North America. The most common is the Latrodectus herperus which is common in the Western United States and occasionally southern Canada. However, the herperus, like the other species of Black Widow, strongly prefer warmer climates. Both male and female Black Widows are known for the hourglass shape on their abdomen. However, while the females are black and shiny with a red hourglass, the males are dark grey or brown with a white or yellow hourglass.

Black Widows are commonly outdoor spiders, often found in woodpiles, stone walls and outdoor furniture. However, they do occasionally make their way inside and have been known to be found under furniture.

The Black Widow is most famous for its potentially deadly bite. However, its legend is somewhat over exaggerated. The Black Widow bite is painful and comes with unpleasant symptoms that can last up to a week, but rarely deadly. The presence of latrotoxin in their venom can cause severe muscle pain, abdominal cramps, increased sweating and rapid heartbeat. However, many people who are bitten have few symptoms as the spiders don't always inject their venom. It is also worth noting that male Black Widows have a negligible amount of venom compared to females. However, males are rarely ever encountered due to the sexual cannibalism which lends this particular spider its common name.

Contrary to popular belief, Black Widows aren't typically aggressive. Most bites occur when the spiders are taken by surprise.

Commonly found in the Midwest, ranging from Iowa and Ohio down to Georgia and Texas. The Brown Recluse is feared, but like their name suggests, they are quite reclusive. In 2001, more than 2,000 Brown Recluse spiders were removed from a heavily infested home in Kansas, yet the four residents who had lived there for years were never harmed by the spiders, despite many encounters with them. The Brown Recluse can be found most often in tight spaces such as in boxes, behind baseboards, in crawl spaces and in wood piles.

Bites from the Brown Recluse are rare, but a hemotoxin in their venom can cause them to be serious. Most bites occur when the spider is pressed against skin, such as when they are in clothing that has not been worn for awhile or tangled in blankets. Their fangs are so small that they often cannot pierce fabric, so direct skin contact is needed for a bite. Many bites are not immediately painful and are only minor which result in a swollen, painful lump. However, serious Brown Recluse bites cause necrosis of the surrounding skin, which causes it to decay rapidly. Fortunately, such cases are very rare with 80% of reported Brown Recluse bites being misdiagnoses.

There was a strange rumor that began to circulate about the Daddy Longlegs several years ago. The rumor stated that the Daddy Longlegs were actually the most poisonous of all spiders, but had fangs so small they couldn't puncture human skin. This isn't true because, as it turns out, the Daddy Longlegs isn't actually a spider at all. They belong to the Opiliones order rather than the Aranae order, since it is missing the eight eyes, a distinctive thin waist and the ability to produce silk. Instead, the Daddy Long Legs, which has several different genus and species subsets that are all equally harmless, has distinctive long thin legs, and a tiny round body with no distinct head or abdomen.

The Daddy Longlegs is found all over the United States and all over the house. They prefer damp areas like basements and crawl spaces as well as sink cabinets, shower curtains and bath traps. Regardless, this is one species of "spider" that can be completely left alone. Being omnivores, Opiliones will not only eat small insects, but whatever organic matter you happen to leave around too.

While both species of spiders are active hunters, due to misinterpretation of the Hobo Spider's Latin name, agrestis ("of the fields"), it was given the common name of the Aggressive House Spider to counter it's cousin's common name. While it is aggressive when guarding its eggs, Hobo Spiders do not go out of the way to attack unless threatened. However, like the Brown Recluse, Hobo Spider bites can cause lesions and necrosis. Although, there remains some debate as to whether or not they cause necrosis or are simply mistaken with Brown Recluse spiders.

For those that believe they have both types of Tegenaria, the Domestic House Spider can actually out-compete the Hobo Spider when it comes to hunting for food. This will cause Hobo Spiders to starve or move elsewhere.

Ever encountered a small, furry looking spider that, just as you went to squish, it hopped elsewhere at lightning speed? That was a member of the Salticidae, or Jumping Spider, family. With 553 genera and 5,025 species, they are found throughout the world with roughly 300 species in the United States. They come in all colors and are typically smaller in size. Aside from the fast speed and jumping, they are distinguished by their rectangular faces and eight eyes in two distinctive rows.

Jumping Spiders use their speed and jumping to lead an active hunting lifestyle. However, it does produce silk webs for navigation, communication, safety lines and tents to sleep in during bad weather. Aside from being occasionally startling, they are rarely dangerous. They may bite when threatened, but aside from being a little painful, they are not harmful aside from those with spider venom allergies.

Most common to the hot areas of the Southern and Southwestern United States, the Southern House Spider is often a common addition to the collection of arachnid enthusiasts. The males of the species are uniformly brown with slender bodies and the occasional violin-like marking. Females have more compact bodies and are dark brown or black, but both genders are covered in fine hair.

Bites from the Southern House Spider are a rarity and have never been serious. Often the mouthparts of the spider are too small to puncture human skin. What makes these spiders particular disliked by the populace is that they have a tendency to just crawl on whatever, living or otherwise. Combined with their significant size, they are frequently unwelcomed guests in a home, but not dangerous ones.

The Yellow Sac Spider is most recognized by its yellow abdomen and the yellow or beige color of its body and legs. The first pair of legs are longer than the others, but all their legs have dark tips. Due to their unique color, these spiders are easily identified and avoided. Commonly found in many states, they should be removed if spotted. The Yellow Sac Spiders aren't fatal, but they do have a lightly necrotizing venom that will leave a small lesions in humans.

A strange fact about an unspecified species of Cheiracanthium is that they are attracted to the smell of petroleum. In 2010, 65,000 Mazda 6 vehicles had to be recalled in the United States, Canada, Mexico and Puerto Rico because  the spiders were found building webs in the canister vents, causing blockages, fuel leakage and increased risk of fire. 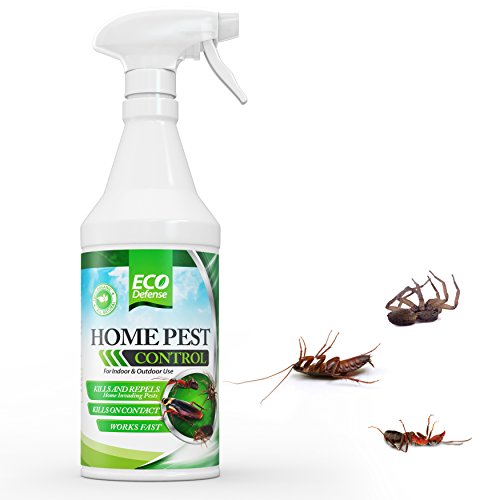