Remember the days where pharmaceutical companies did not exist and were not aware of how profitable illness was? Yeah, me neither. However, man has been using herbs and spices for a long time to heal what ails them.

Though not every herb and spice is a little healing machine. However, there are studies that show that these eight herbs can reduce various diseases that are running rampant in our society.

Like with every herbal concoction, these are no miracle cures for what ails you but they can help treat your ailments and even help prevent them. However, in this day of modern medicine, it is recommended that you never rely purely on the power of herbs. If you condition worsens, pursue professional help.

Stir in this sweet and savory spice into your morning coffee, tea, or cereal. It also works well on the old classic cinnamon toast! Try to aim for about 1/4 teaspoon a day to dodge cravings and amp up your metabolism.

Cinnamon is also good for things other than eating. If you have a long day of shoveling snow or other chilly work outside, sprinkle some cinnamon into your gloves and socks. The friction releases the spices volatile oils which then absorb into your skin. The oils absorb into the circulatory system and make the blood flow more rapidly thus heating you up. Keeping the blood flowing in your extremities helps fight frost bite, so get a bit of friction going with your cinnamon.

Sprinkle 1 teaspoon of ground cloves onto your meat prior to cooking to help safeguard your family from the E. Coli bug. For a sharper flavor, insert whole cloves into your meat or stew, but always remember to remove before serving.

Did you now that black tea has cavity fighting properties and cloves has gum disease fighting properties? Combine these two together and you also have a healthy mouth cleaning brew. However, this is not an acceptable alternative to a good old teeth brushing.

A German study found that the oil of Caraway has gas-relieving properties that ease stomach bloat and discomfort.

To relieve the bloat, add one teaspoon of caraway seeds to omlettes, cheese spread, coleslaw, and baked fruits. Researchers also found that if you want immediate relief, a mixture of peppermint oil and caraway seeds is comparable to most prescription drugs issued for bloating.

Caraway seeds also have amazing expectorant qualities, which makes them good for treating coughs. For a cough soothing solution, try placing a teaspoon of caraway seeds in boiling water and sweetening it with honey.

Capsaicin, the active ingredient in spicy peppers, has been proven to increase the metabolic rate by twenty five percent.

Herbal enthusiasts recommend including about 2 teaspoons of cayenne pepper into your daily diet to boost the metabolism. Add it to dips, spread, or corn bread. Also sprinkle honey and cayenne pepper over nuts to make a spicy and sweet treat.

Capsaicin is also great for relieving morning stiffness and arthritis related pain. However, rubbing a little cayenne pepper is not comparable to a nice soothing capsaicin cream.

Herbal enthusiasts say that black pepper has diuretic capabilities that help remove excess water weight, they also are said to have thermogenic properties that boost the metabolic rate.

To boost your metabolism sprinkle black pepper on basically anything, from steaks to salad it goes good with them all.

Piperine, the active ingredient in pepper, also boosts the absorption of nutrients in your digestive system, so it is just one more reason to cover your food in loveable pepper.

Researchers at the University of Sydney in Australia discovered that gingerols, the active ingredient in ginger, inhibit cyclooxygenase which can cause painful inflammation inside the body's digestive system.

To ease your bodies pain, try sipping a mug of tea flavored by a 1/2 teaspoon of ginger. You can also add ginger to a variety of desserts, including (surprise, surprise) gingerbread!

Cumin and its antibacterial properties have been proven to eliminate 80 percent of all foodborne bacteria and fungi. This makes it one of nature's all around best germ killers.

Ground cumin can be sprinkled in salad dressing or added to most Indian or Mexican dishes. It works best in curry or chili to give it a bit of a mild kick.

A study at the University of Southern Denmark found that cumin inhibits thromboxane, a compound stimulates blood platelet aggregation. This makes the platelets let likely to stick together. This can be a problem if you have blood clotting problems, however, the platelet's being less likely to clot can help prevent heart attacks and strokes.

Curcumin, a compound found in turmeric, improves memory and helps ward off mental decline, according to scientists at the University of California at Los Angeles. These scientists also say that a diet rich in curcumin also reduces build up of beta-amyloid, which is a plaquelike substance that effect memory by blocking communication between brain cells.

Curcumin's antioxidant and anti-inflammitory properties also are said to speed up wound healing by fighting the free radicals that promote skin damaging oxidation. Herbalist recommend mixing 2 tablespoons of turmeric powder with 1 teaspoon of lime and just enough water to make a paste. Spread this paste over your cleaned wound to help it heal faster and cleaner. Be aware, it might burn a little.

Herbal enthusiasts say that you should aim for about a teaspoon of turmeric a day. Try mixing it in with your vegetables to provide a rich earthy flavor. 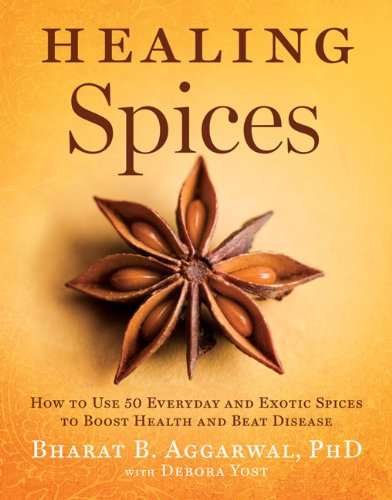