8 Things to Do in Sarasota, Florida

The west coast of Florida is a calm and beautiful alternative to busier and more metropolitan parts of the sunshine state.  Sarasota, about one hour south of Tampa and one hour north of Ft. Myers by car, is alive with diverse offerings and serene beauty. With white-sand beaches ranked among the best in the world, a competition water ski team, an impressive theater and entertainment scene, a rich fine arts heritage begun by the Ringling family, a bay front botanical garden, and a slower pace (compared to towns and cities on the east coast of Florida), Sarasota offers something for everyone.

People often equate Sarasota with Siesta Key beach. There is an obvious reason for that: In 2009, Siesta Key beach won an international award as the beach with the most beautiful sand. Sunsets on Siesta are something of a pilgrimage, as locals and visitors alike stop to watch the sun dip below the horizon each night. Little sandpipers run along the shore chasing the tide, while seagulls gather on the sand seeming to enjoy the view.

Lido beach does not have the same fame as its neighbor, but offers fewer crowds and a closer proximity to fine dining, shopping, and ice cream shops at nearby St. Armand’s Circle. Lido beach has a width approximately half as wide as Siesta beach – a consideration if walking on sand is an issue.

Both beaches have public restrooms, and both have foot showers and full showers for rinsing off before you get back in your car. In season (typically Thanksgiving to Easter), parking can be an issue at both beaches, so plan accordingly. Locals know to go early in the morning for a relaxing walk, or after the heat of the day to watch the sunset. During the day, you may rent umbrellas at either beach. An even better option is to bring along an Easy Up tent, which offers much shade and serve as your pit stop on the beach if you plan to stay all day. Don’t forget sunscreen, sunglasses, coolers, beach chairs, beach rafts, and sand toys. Frisbees and footballs are also popular. 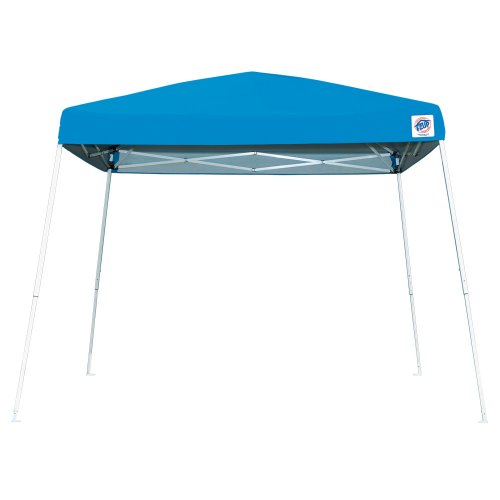 E-Z UP SR9104BL Sierra II 10 by 10-Feet Canopy, Blue Amazon Price: $104.99 Buy Now(price as of Aug 18, 2015)
A nice alternative to the beach umbrella, the Easy Up tent allows you to have more shade on the beach! Bury the poles in the sand about 2 inches deep and you're good to go. You can order it so it is delivered right to your Sarasota hotel.

Sarasota offers the unique chance to see the only waterski show team in the United States that performs on salt water. The Sarasota Ski-a-Rees have performed free shows for the public since the 1950s. Located on City Island behind Mote Marine Aquarium, the ski team performs each Sunday at 2 p.m. from Super Bowl Sunday through Mother’s Day. They have a shorter season in the Fall, performing from mid-September through the beginning of November. Skiers range from age 5 to 80, and perform advanced waterski tricks, jumps, human pyramids, and ballet. Several of the team’s skiers have won or placed in national tournaments, and the team consistently places in the top ranks at regional competitions.

There is no cost to attend, although the performers do take donations. A snack bar offers grilled foods, chips, ice cream, and drinks. Stadium seating fills up rapidly during the winter season, so plan to arrive by 1:30. You may also bring your own beach chair and cooler. Be sure to bring a hat and sunglasses, as it can be very bright at Ski-a-Rees stadium. Shows are approximately one hour.

Bring a camera to watch the action!

With all of the high-flying action at the Ski-a-Rees show, you will want to bring a camera that can keep up with the speed.

Just in front of Ski-a-Rees stadium on City Island is Mote Marine Laboratories, which engages in world-renowned research on sharks, manatees, and the problem of red tide. Mote Marine also offers tours for the public, a chance to see manatees Buffett and Hugh, shows with the animals, and eco-tours of Sarasota Bay on their boats. Educators also receive free entry when they provide a teacher photo ID and current pay stub.

Close to City Island and next to Lido Beach, St. Armand’s Circle offers world-class shopping and dining. The Columbia Restaurant is a mainstay of St. Armand’s, an upscale dining experience offering Spanish/Cuban cuisine.  Begun in Tampa’s Ybor City in 1905, their 1905 Salad made them famous, and their delicious cuisine brings people back for more at their seven locations in Florida.

Upscale retail stores line the circle and outlying roads, however the ice cream shops are most popular. Kilwin’s candy and ice cream shop is popular on summer evenings as customers line up to taste their varieties of fudge, candy, or ice cream. Ben and Jerry’s also has a location on the circle, with its fun and quirky atmosphere.

Parking can be a problem for those who do not like to parallel park, however, a parking lot exists on the north eastern quadrant of the circle, behind the stores.

Across Sarasota Bay from Lido Beach and St. Armand’s Circle, is Island Park. The area combines a public park, a tiki bar and restaurant, and an upscale restaurant and marina. The public park includes a jogging and walking trail, an enclosed playground, and a fountain play area for children. Dogs are allowed at the park, and you will likely see one or two chasing Frisbees or tennis balls into the Bay.

O’Leary’s Restaurant and tiki bar offers an outdoor casual dining experience overlooking the water, with nightly live music that includes steel drum players or guitar performers. There is an outdoor bar as well as picnic tables placed under a thatched roof and tables under umbrellas along the shore. Dinner is self-serve, so place your order at the counter inside.

Marina Jack’s is an upscale restaurant overlooking the bay and the marina. Marina Jack’s also offers a dinner cruise, however reservations can be tight so be sure to call for availability.  Visitors arriving to Sarasota by yacht or sailboat can arrange to dock at the marina.

One half mile from Island Park is Marie Selby Botanical Gardens, with 7 acres of grounds devoted to the world’s most diverse collection of bromeliads and orchids. Tropical plants - including a variety of palms as well as mangroves, bamboo, and banyan trees - create a lush environment popular among day visitors and wedding parties. The gardens are open daily except for Christmas Day, and frequently offer special programs throughout the year.

Take a soft-sided cooler you can easily carry, and stroll through the beautiful grounds while enjoying the day.  Benches are provided along the walkways. The shade from the dense tree foliage and greenhouses used to provide environments for many varieties of plants (as well as ongoing scientific research) give visitors a break from the Florida sun.

8. Ringling Museum and the Ca' d'Zan

Sarasota is a circus town, founded in part by the Ringling Brothers. Visitors can enjoy the palatial Ringling Museum, with its galleries of European art and a statue of David in the courtyard. Visitors can also schedule to visit the Ringling Home next door to the museum, the Ca' d'Zan.

The Ca’d’Zan was built in 1924 and completed in 1925. An icon of Italian design and reminiscent of Doge’s palace in Venice, Italy, it brings the gilded age to Sarasota. There are 56 rooms, 5 floors, a tower providing sweeping views, and a bayfront terrace.

The Ringling Museum is the state art museum of Florida. Built in 1927 to honor John and Mabel Ringling for their contributions to Florida, the museum houses 21 collections of art from Europe, with the art from the 16th to 21st centuries being the most famous. Additional collections include Asian and American art.

Sarasota is also home to two state parks that provide a range of native plants and animals. Myakka River State Park is located in the east part of the county, and is the larger of the two parks. At 37,000 acres, Myakka is one of Florida’s largest state parks. It is also one of Florida’s oldest state parks. Myakka includes topography indicative of the Florida interior, including pine flatwoods, inland scrub, and dry prairies.

Myakka Park has many activities to keep visitors engaged. A canopy walk is popular among educators and researchers, providing a swinging bridge that allows visitors to walk among the treetops and have a panoramic view. Boat tours on the Myakka lake, along with biking and hiking trails, camp sites, and bird watching make for an enjoyable visit.

Oscar Scherer State Park is nearly 1,400 acres and resides near Osprey in Sarasota County. It consists of pine flatwoods and scrubby flatwoods as well as hardwood hammock. Mangrove trees, giant leather ferns, blueberry plants, and wild grapes also grow in the park. The park is also home to bobcats and alligators, rabbits and foxes, and otters, tortoises and gopher frogs.

Oscar Scherer Park is well known for its scrubby flatwood habitat that is home the Florida Scrub Jay. The scrub jay is the only bird endemic to Florida, with research dating the species back to the area 2 million years. A tame bird, birders seek to observe this tame and unique species.