8 iPhone Hacks That Will Make Your Life Easier

Your iPhone is probably one of the most expensive and advanced pieces of equipment you own. A lot of effort and technology went into making it such a great and user-friendly device. Unfortunately, most people have not explored every inch of their phone and have missed out on ways to get the most from it. Why make things hard on yourself? Look through these iPhone hacks and discover how you've probably been using your phone wrong the whole time.

1.  Tap the Space Bar Twice to make a period

For some, this trick is a huge eye opener and can save a serious texter a large amount of time. It is a lengthy process having to press the symbols tab to create a period at the end of every sentence, especially for those that use proper grammar. To make things faster, double tap the space bar at the end of each sentence, and a period with a single space after it will appear. Simple, yet effective.

2. The Timer Application Can Be Used to Stop Playing Music

If you are one of those people who enjoys falling asleep to your favorite music, this hack is for you. Simply bring up the timer application by swiping upwards from the bottom, and select the amount of time you would like your music to play for. Once you have chosen the correct time, select the "When Timer Ends" tab and scroll all the way to the bottom. There you will see the option "Stop Playing". Select it, turn on your music, and drift into a deep serene sleep knowing that the music will only play as long as you told it to.

3.  Use the Volume Buttons to Take Pictures

Credit: http://i.haymarket.net.au/It's surprising that so many iPhone users continue to struggle to take a picture. Watching someone take a landscape photo by pressing the white button on the screen is painful. Instead, make things a lot easier on yourself by pressing either the up or down volume buttons to snap a pic. It's quick and easy, and your thumb is probably already there anyway.

This hack is specifically designed for those who have a habit of typing phrases in shortened internet slang. Access your settings menu and scroll down to General>Keyboards and click on "Add New Shortcut". From there you can create short phrases such as "G2G" and "OMW", so when written on your phone, they are corrected to the full phrases, "Got to go", and "On my way". This tip can also be used to shortcut to different emoji icons as well.

5.  Use Your iPhone's Headphones to Take Pictures and Answer Calls

Your iPhone's included headphones are actually very versatile and hold multiple functions, especially If you enjoy taking selfies. Try placing the phone on a desk or shelf, plug in your headphones, and use the volume up or down buttons to take the picture. This can add some length between you and your phone, and makes setting up the shot easier. The buttons can also be used to answer and end phone calls with one press, and can send an incoming call directly to voicemail with a double press.

6.  Write Words like "We're" by Typing in an Extra Letter

There are times when your phone will get confused while using words with contractions requiring an apostrophe. This happens a lot when you are writing "we're" instead of "were", "we'll" instead of "well", and "I'll" instead of "ill". In this case, the iPhone's auto-correct feature can be tricked by typing in an extra letter. For "we're", type in "weree", for "we'll", write "welll", and for "I'll", type "illl". This can save a lot of time when texting or sending emails.

7. Use the LED flash for Notifications

At times, it is difficult to hear your ringtone in loud environments. If this is a constant problem, this handy iPhone hack might be exactly what you are looking for. Head to Settings>General>Accessibility and flip the switch on the section "LED Flash for Alerts". Doing this will allow you to see when you have new messages and alerts by using the built in LED flash to signal you when something has arrived.

Credit: http://9to5mac.files.wordpress.com/8. Use Facetime Audio for Free Calls over Wi-Fi

Not everyone has an unlimited calling plan, and going over your plan's minutes is expensive. Now with Facetime Audio, calls are made using a data plan or over any Wi-Fi connection. Just like Facetime video or iMessage, this trick can only be used with other iPhone users. However, if you have a friend in another country with an iPhone, this could be the cheapest and easiest way to communicate. Of course, there are apps like Viber that can do the same thing, but this technique does not require any additional downloading.

This tip is more fun than anything else, but for those of you who cannot stand when Siri pronounces your friend's name wrong, this hack might help. If you catch Siri saying something incorrectly, say to her, "That's not how you pronounce [Insert word here]." Siri will then ask you how to pronounce it by offering other suggestions from which you will choose the correct one.There you have it. With these easy iPhone hacks, you should be operating your phone effectively, efficiently, and with great speed. Remember, the iPhone was designed with the average consumer in mind, and as such, almost everything was considered when it was made. If your phone can't seem to do something, chances are that it probably can, you just need to find out how. 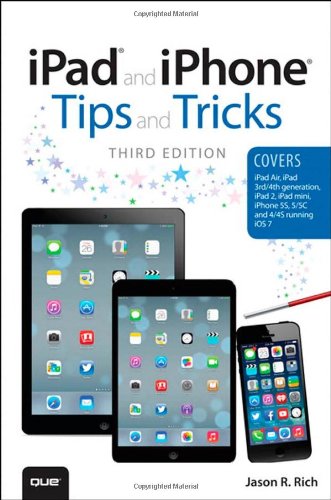