As well as being an avid writer, I am also an enthusiastic gamer, anime fan, movie buff, and love of all things strange. Being as I live with a boyfriend, I am also particularly knowledgeable about cleaning and cooking. You can join me in my adventure of writing for money here at Infobarrel. Sign Up today! Also, I wrote a book! Check out The Guild today!
InfoBarrel is a writing platform for non-fiction, reference-based, informative content. Opinions expressed by InfoBarrel writers are their own.
InfoBarrel > Lifestyle > Pets & Animals > Fish

While many believe there is little left to discover on Earth now that we have sired continents and split them into nations, discovered small islands and given them names, and talked with the indigenous tribes that still dwell deep in the forests in some parts of the world. However, there is still a world to explore! It just happens to lie underwater. While 12 men have been to the moon, that lies roughly 250,000 miles away, only two have been ALMOST to the bottom of the sea. The deepest part of the ocean lies in the Marianas Trench which is roughly 36,000 feet or 7 miles deep. Jacques Piccard and James Cameron made it to 35,000 feet in their manned vessels, yet no one has been to that 36,000 feet mark. Humanity has the technology to make it to the moon, yet only about 5% of the ocean has been explored. Since the pressure is so intense and the bottom of the ocean is soul crushingly black, humanity doesn't know everything that is down there. However, what we do know is down there is just terrifying.

This is the most infamous creature of the deep. There are around 200 different species of angler fish, some of which are less terrifying and can be found in shallow areas. However, the deep sea angler fish is like something out of a prehistoric nightmare. Alas, the deep sea angler fish is not the deepest dweller in the sea; they only live roughly one and a half miles deep in the waters of the Atlantic Ocean. However, even at that level, the ocean is nothing but blackness thus where the interesting accoutrement on its head comes in. That glowy bioluminescent worm-like thing is used as a lure to bring prey in close so the angler fish can gobble it up. Though the females of the species are only equipped with this lure, the males rely on the females for nutrients. The males bite the female and hold on for dear life, but they are much smaller than the female who only grows up to 10 meters as it is. The males will eventually fuse with the females, combining everything except their testes so the female can reproduce. 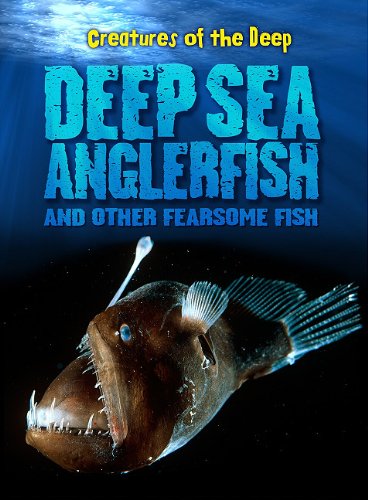 While the angler fish looks nightmarish, there is little more terrifying about the ocean than its best predator--the shark. Even the deepest portions of the oceans have sharks prowling the water. Not too much is known about the goblin shark, which just makes things worse. Only a few species have ever turned up in fishing boats, which is majorly how we study sea creatures. The goblin shark is referred to as a living fossil as it is thought to date back as long as 125 million years ago. This shark only lives about one mile deep in the ocean, feeding off other deep sea fish. Since the ocean is so dark, the goblin shark has transparent skin giving it a pink color because of the blood vessels underneath. Since the ocean is so dark at that level, the shark has tiny eyes and relies on its other senses to hunt. Its prolonged snout is used for rustling around on the ocean floor to turn up bottom feeding shrimp or crabs.

The gulper eel is a true creeper of the deep. It lurks from around half a mile to a mile deep in tropical oceans. The defining feature of the gulper eel is its large mouth, a feature that is much bigger than the rest of its body. This mouth and fleshy, expandable body allows the eel to eat prey much, much large than itself. Since this eel has tiny teeth, it is speculated that it feeds on small crustaceans usually, but the large mouth allows for it to eat a wider variety of marine life for when crustaceans become scare. Unlike its big mouth, the gulper eel has a short whip like body with a red bioluminescent dot on its tail. It is thought that the eel doesn't chase its prey, but rather attracts them with the light. Like the goblin shark, not much is known about this eel other than that learned from the specimens that turned up in fishing nets. 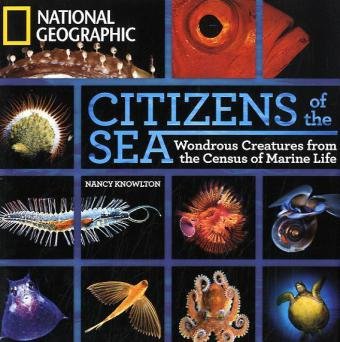 The goblin shark is not the only shark that preys on the fish around a mile deep in the ocean. There have been drawings of the frilled shark as early as 1884; however one had not been seen by modern scientists until 2007 when a serpent-like animal showed up in Japanese fishing nets. At first, they thought it was a large eel; however this five-foot-long oddity was identified as a frilled shark. Like the goblin shark, this shark is also described as a living fossil as it comes from a long line of "sea serpents" that existed for millions of years; however the frilled shark has drastically shrunk since prehistoric times. While a goblin shark's teeth cannot be missed, the frilled shark holds 300 trident-shaped needle thin teen inside of its mouth in 25 rows. Due to its thin and finned physique, scientists speculate that the frilled shark strikes suddenly at its prey much like a snake. Scientists documented that the shark that was caught had prey like squid, cuttlefish and octopus in its stomach, but a catshark was also present.

Isopods are much like the rolly-pollies that are found under rocks or in gardens. There is not much to be afraid of there, however when those creates grow about 100 times in size and live among the terrifying creatures on the ocean floor, they get a bit creepy. The giant isopod looks like something that should be present in a science fiction movie. Smaller isopods can be found on the ocean floor in shallower areas, but because these creatures live so deep feeding on the various organisms on the deep ocean floor, they are subjected to deep sea gigantism. This phenomenon causes this creature to grow large due to the lack of competition for food and to help deal with the higher pressure levels. The average size for a giant isopod is 16 inches, but can grow much bigger. Like with the rolly-pollies in the garden, when threatened these creatures can roll into a gigantic balls where their armored shell protects them.

Like the giant isopod, the giant squid is another creature of the deep that is subjected to deep sea gigantism. Normal squids are not so scary, but for years the giant squid was a thing of legend. They have scarcely been seen by human eyes. They live in cooler waters and deep in them. Since they have been spotted in various oceans all over the Earth, scientists have not yet been able to work out where their habitat is. The largest squid ever recorded was 43 feet long and weighed over 1,000 pounds, so one would think that they would not be hard to miss, but alas they are sneaky creatures that often shy away from the lights of human vessels. With an eye as big as your head and a body as long as a whale, one would think this squid a fierce some predator, but it is eats fairly small prey. However, the sperm whale enjoys a good lunch of giant squid, but the giant squid never goes down without a fight. 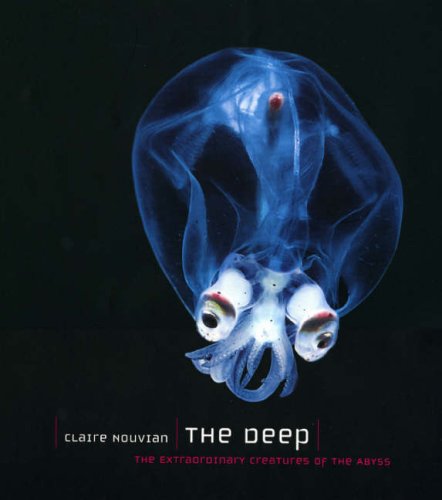 The blobfish isn't as terrifying as it is ugly. This creature lurks about half mile down in the oceans off of Australia, but even down there it is dark enough so no one has to see this fishes' flabby face. The blobfish is essentially just a gelatinous mass that has around the same density of the water it lives in. It lacks muscle tissue of any kind, so when it comes time to eat, it merely opens its mouth and floats on its merry way, dragged by the currents. While not horrifying in its behavior, running face first into a fish that looks like your bald grandfather whose face is melting off is kind of disconcerting.

The fangtooth is one of the rare fish that can live in the seven mile depths of the Marianas Trench. This fish looks like a vicious predator, but despite its fierce look it is not the greatest of hunters. Since it lives so deep, the fangtooth has small eyes and instead of relying on sight to find prey it uses another sense. The fangtooth relies on simply bumping into prey. With a small body and big teeth, the fangtooth has the largest tooth to fish ratio in the ocean. These creatures have rarely been seen as they normally dwell in waters around five miles deeps.

Next >> 10 Important Tips to Consider When Buying a Pet Fish