You may be well versed in conjuring, human centipedes, and a whole variety of saws, but do you think you can really call yourself a horror fan if you have never seen at least one movie with Freddy or Jason terrorizing a group of teens? No, you can’t, because classic horror movies, no matter how much they show their age, they set the groundwork for future movies in the horror genres. The themes, the jump scares, the possessions, they have all be done before. Modern horror is just about how to do them better. So to really be able to appreciate modern horror, you have to know its roots.

The Exorcist tells a rather simple story about a little girl that is possessed, a rather common story line these days. However, in the 1970s when The Exorcist came out, there was nothing scarier. This movie was the original “scary little girl” movie and featured a sexual lewdness that still to this day can shock modest audiences. Of course, its Tubular Bells soundtrack is also one of the most terrifying tracks in horror movies to date. It’s so iconic that it evokes a practically Pavlovian response in horror fans.

Before Psycho, the horror genre was fairly straight forward, but afterwards the world realized that sheer suspense could be just as terrifying as a good monster. In essence, Psycho tells the story of nice guy Norman Bates who turns out to be a horrible serial killer plaguing victims at his motel. The most iconic scene in the movie is, of course, when the woman gets brutally stabbed in the shower. The content of the movie isn’t so terrifying today as it was back in the 60’s, but the way it is told kept viewers on the edge of their seat.

Night of the Living Dead

Zombie movies are a dime a dozen these days, but Night of the Living Dead was the movie that started it all. However, the funny thing is that even though Night of the Living Dead was made on a shoestring budget and actors that were really just the director’s friends, its plot is actually more engaging than most modern zombie movies. Not only did the father of zombies, George Romero, touch on elements that terrify us like cannibalism, death, brainwashing, and hopelessness, but the movie also had a stinging social message about the rampant racism at the time. 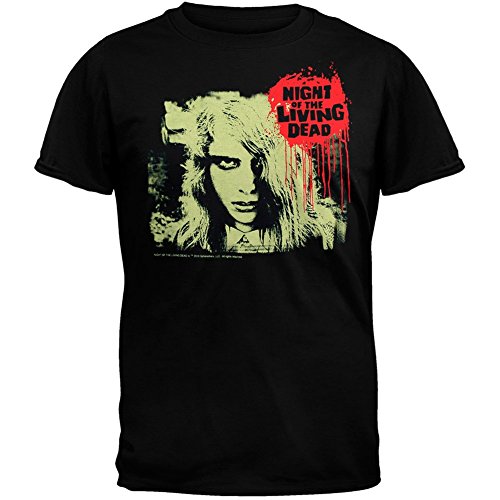 Sure, now ghost stories are expected to walk the more subtle road in order to be scary these days, but before objects flying all around a room was kitschy, it was terrifying. In the Poltergeist, an average, run-of-the-mill house in Southern California goes from normal to a ghost-filled death trap.

However, what really made Poltergeist really quite terrifying is that it might of really had a curse on it. Back in the day, it was actually cheaper to use real skeletons rather than fake ones. So that iconic pool scene where all the bodies started floating up, those are all real bodies.

Today, I personally can’t hear the Halloween theme without an intense feeling of dread overcoming me, but that might only be because my siblings are dicks. Anyway, while Psycho may have kicked off the slasher genre, Halloween cemented it. It took a simple formula of one part masked killer, one part feisty heroine, and one part silently running around the house or neighborhood and turned it into a mega-horror hit. As a movie with a million sequels, reboots, rip-offs, imitations, and homages, even non-horror fans can look at Michael Myers and know where he is from.

Of all the imitators that tried to copy the success of the Halloween franchise, Friday the 13th was the only one to be successful. Maybe it was that iconic “ki ki ki, ma ma ma” that announced the arrival of the killer, or maybe it was because everybody knew jerks like those kids at the lake. Regardless, like Halloween, Friday the 13th spawned a whole slew of a sequels too. It actually ended up going a step further and being one of the most successful long-running franchises in entertainment. At least until they started sending Jason to space, then things just got kind of weird.

Between Psycho in 1960 and Nightmare on Elm Street in 1984, the slasher movie had been done to death (pun intended). It was pretty much what the horror genre was about back then, but then came Nightmare on Elm Street. It took the slasher and showed would-be horror directors that it can be turned on its head with a little imagination, a fedora, and some finger blades. Wes Craven’s Freddy Krueger immediately stood out from the pack, not just in the way he looked, but in the way he killed. Unlike other killers that were faceless or violent, Krueger was sassy and clever, always quick with a taunt that made him even more terrifying.

Out of all the horror classics, Hellraiser is likely the most obscure, even though it served as Clive Barker’s directorial debut. While Hellraiser premiered to less than stellar reviews, it and its many sequels were one of the first movies to successfully blend horror and science fiction without a plot that could be simply summed up with one word – “aliens”. The complex plot is difficult to follow, but Pinhead has become as iconic to the horror genre as Freddy, Michael, and Jason. 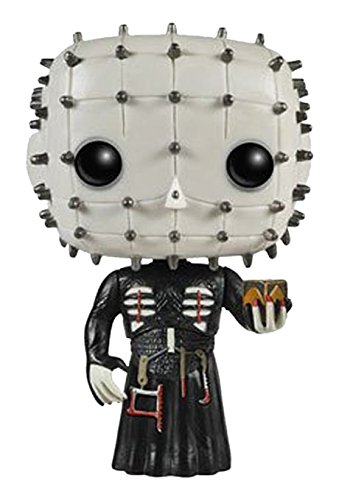 Although relatively new to the genre, the Blair Witch Project became counted among the classics of the horror genre by doing something you are absolutely sick of seeing in horror movies these days – being a mockumentary. By telling its story in a documentary setting and making it seem like this really happened somewhere, you know, for real and not just with a film crew, it made it all the more chilling.

Regardless, even if the Blair Witch Project was all shaky cam, young people yelling, and snot bubbles, it did reshape the genre. For better or worse, though, that is the question.