A Beginner's Guide to Korean Dramas

Entertainment with a Side of Kim Chee

If you have heard of Korean dramas then its likely that you're one or more of the following: Asian, you like manga or you just generally enjoy foreign film and/or television.  When exploring a new entertainment genre, if it's not be something you're familiar with, it can overwhelm you.  Yet understanding Korean drama isn't that complicated.  Here are a few tips for understanding and enjoying Korean dramas.

What are Korean dramas and why do people watch them?

Korean dramas, notably Winter Sonata and Jewel in the Palace, in the first decade of the 21st century, kicked off the Hallyu wave or the surge of popularity for Korean entertainment, most notably in Southeast Asia but all over the world as well.  Dramas are what we would commonly refer to in the West as miniseries that embrace such genres (sometimes more than one at a time) of romance, comedy, melodrama and history.  Sixteen to twenty episodes are the traditional length for weekly dramas (although there are daily and weekend dramas that are much longer as well). With the benefit of technology, Korean drama lovers can watch their favorite shows on DVD or as the episodes become available and translated into other languages online.

Why do non-Koreans watch Korean dramas?

These shows, because of their length, often deal with the details of everyday life as well as sometimes spanning years of storyline.  The plots deal with characters who are caught between traditional values and modernity.  Koreans do not shy away from featuring bodily functions in their storylines, such as sharing meals or using the bathroom.  In fact, some of the best scenes are in the kitchen or the bathroom.  Also, there is a marked absense in "skinship" or romantic touching in Korean dramas and little, if any, discussion of sex or sexuality.  All of these features make Korean dramas a breath of fresh air compared to what gets aired on American TV these days.

What are the benefits of watching Korean dramas?

smaller.  You learn a new language, a new culture, you get introduced to new landscapes, cities, people doing things very differently (or sometimes pretty similarly) to what you do.  It opens your mind to new experiences.  Yes, your experience is somewhat limited because of how you're getting access to culture through traditional media but this is more than you would know if you didn't engage with this kind of entertainment genre.

What are the challenges you will face at first when you first start to watch a Korean drama?

If you're not Asian, its highly likely that everyone will look the same in the Korean drama you're watching (just like I suspect most Westerners look to non-Westerners).  Keep watching; that goes away in time.  The language may sound strange to you but after awhile it starts to sound familiar (even if you can't speak it, ha!). Sometimes you may question why characters do certain things or don't do certain things.  You can always Google something you have questions about to learn more about that aspect of Korean culture.  I have learned a lot about Korea, Korean history and Asia in general by watching Korean dramas and I've enjoyed the journey.  Any DVDs that you rent or any episodes you watch online will have English subtitles so they'll be easy to follow.  If you come across subtitles with translations that seem strange, sometimes that is because it's hard to translate a phrase from Korean to English.  There are also several sites and blogs that are uber-helpful in your quest to understand Korean culture through Korean dramas.

Which Korean drama should I watch first?

The first one I ever watched was Boys Over Flowers which is a frothy high school friendship/romance drama.  It was so popular both in Korea and abroad that the producers added on at least four more episodes to the story arc (which really kind of dragged out the ending but I loved it anyway).  Another good one to start with is My Lovely Kim Sam Soon which is a romantic comedy featuring a hilarious anti-heroine (who has now become my favorite Korean actress).  If you would like to tackle Korean historical drama, I would suggest you try watching Queen Seon Duk who was an amazing woman in Korean history.  The actors who play her and her nemesis are hypnotizing. Finally, family comedy is an under appreciated Korean drama genre.  I recommend you try watching Unstoppable High Kick for the funniest Korean dysfunctional family ever.

Obviously getting hooked on Korean dramas isn't hard.  I am living proof of that.  If you're interested in exploring this entertainment genre, you'll be enjoying yourself and understanding Korean cultural values (and language!) in no time at all. 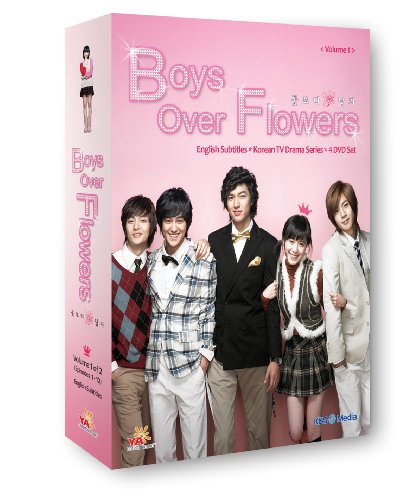 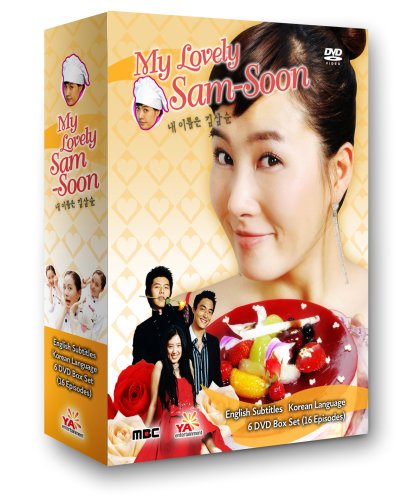 My Lovely Sam-SoonAmazon Price: $119.99 Buy Now(price as of Jan 21, 2014)
Next >> Lifetime Cable Channel Releases Yet Another Tell-All About Marilyn Monroe