A Beginners Guide to the Different Broadband Technologies

The internet is a wondrous place, full of a plethora of activities to engage with whatever your interests are. Nowadays, we’re able to do more and more online as the internet connectivity types have become better and better.

This article will take a look at the different types of internet connection you can obtain, so you can understand how they work and get a grip on which is best for you.  Along the line we’ll help you avoid some of the pitfalls of the different connections, and solve a few problems too.

A Look at Telephone Line Broadband

Our telephone lines these days are used for more than just our phones.  They’re also used to carry broadband signals.  ADSL broadband is the technology that runs off these cables, and superseded dial-up broadband many years ago.

Dial-up used to work at 56kBps, while ADSL works at up to 8MBps, up to 16MBps and up to 24MBps in most cases.  The speed that you can achieve will be dependent on a number of factors including, and most importantly, the distance you are from the local telephone exchange.  The telephone lines that we use for this broadband were designed for telephones and not for broadband and, therefore, the copper cables are not fantastic at carrying the internet signal.

Over distance, there is some degradation in the speed and quality of the information and, therefore, the packages of data that arrive to you will get to you with much less integrity than when they were sent at the exchange.

With ADSL, you will, of course, require line rental, as the technology is based on an active telephone line.  This can add 12, 13, 14 or even £15 per month to your bill.  Watch out for deals on line rental with ADSL because, sometimes, they ask you to pay for the full 12 months upfront or have stipulations whereby you have to pay additional costs if you don’t roll over your contract.  You may also need to pay for the installation of a phone line at a cost of around £130, or the reactivation of a line at a cost of around £30.

With fibre optic broadband you don’t need to worry about line rental.  Fibre optic cables are designed to transfer data faster than ADSL.  They are bespoke-developed cables that do not lose speed of internet over distance.  The makeup of the cables comprises a core that is transferring the data, and then an inner layer which reflects light back in to ensure the speed and integrity are not compromised over distance.  Then there’s an outer casing that protects the cables and provides another level of internet insulation.

The cables really are superb at their job, and you tend to get close to your advertised speeds on fibre optic broadband.  The top speeds available to consumers at the moment are through Virgin Broadband, and run at 100MBps.  The package you get will dictate the speed you get, such as packages up to 38Mbps, up to 80Mbps and so on.  It’s rare to find fibre optic broadband any slower than 30Mbps.

Things are going to get faster and faster, and BT have announced a fibre-to-the-home offering which is going to run at 330MBps - which is super, super fast.  Businesses are already able to get 1Gbps connections, which are enough for a whole office to run off one connection.

Fibre optic broadband is really for heavier users to get a seamless internet experience, whether they are streaming, multiplayer gaming or doing other heavy activities.

Mobile Broadband and the 4G Revolution

4G is 10 times as fast as the third generation of mobile broadband - or 3G.  You’ve noticed or seen on your phones a little icon saying E3 or 4, and this indicates the level of connectivity which you can get at any particular point in time.

With 4G, we’re going to be able to do most of the things that we can on basic broadband on our phones, tablets, and laptops.  If we connect with a MiFi dongle, we’ll be able to get five devices on at the same time, which means that we can potentially use mobile broadband in our homes as opposed to fixed-line broadband.  This has been the case for some time, but this is going to become even more popular if several people to use the same connection simultaneously and not have to pay for line rental in the process.

With mobile broadband, the data still tends to be fairly expensive; and, therefore, if you’re a heavy user, you’re probably best off going for a fixed broadband solution to avoid incurring extra data costs.

Satellite Broadband: Is it Really Necessary?

Around 170,000 of the homes in the UK cannot get onto decent ADSL, fibre optic or mobile broadband.  They are left in a black hole of internet emptiness.  The only solution left for them, generally, is satellite broadband.  Satellite broadband costs a fortune, with installation costs generally between £300 and £700, including the hardware.  At the lower-cost end of that range, you tend to have to do much of the installation yourself as well.

Data costs are expensive, with packages generally starting from around £20 or £25 a month and offering limited amounts of data.  Speeds are faster than they used to be, and they’re up to 20MBps now, but the solution really is an expensive one that is for the households that cannot get any other connection but really need to have one.

The future will see fibre optic broadband and 4G connectivity rolling out around the UK, and the government has set targets to improve the lot of people who are struggling to get connectivity.  The targets involve around 98% of the population getting up to 24MBps connections, and the remainder getting at least 2MBps connections.  The plans are ambitious, but there’s a lot of investment going in from both the government and private companies in order to achieve these goals.

Make Good Use of Your Broadband 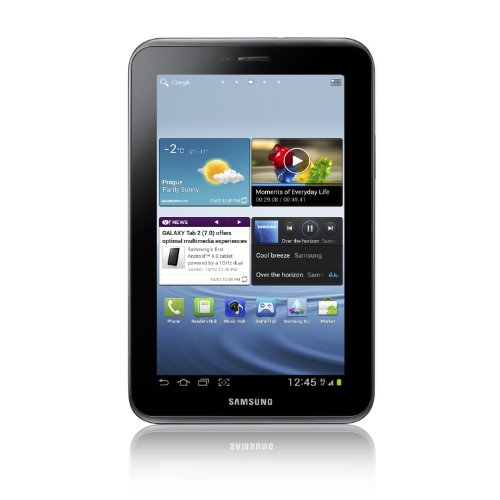