A Brief History of Lawn Bowling aka Bocce Ball

Lawn bowling has been known by many names during its thousands of years of existence. “Bocce Ball” is probably the most well known today, but “Bowling on the Green” and “Bowls” are other names the sport has gone by. Although some of the rules have been modified with the course of time, the basics have remained the same since the inception of the game, during the 14th century.

It is believed that lawn bowling travelled across Europe, along with Julius Caesar and his centurions. Both then and now, in Italy, the sport goes by the name of “bocce”. During the early 1900s, the South Hampton Old Bowling Green Club was started in Britain. The club, still in operation today, is known as the oldest recorded lawn bowling organization.  Some of the rules of lawn bowling that exist in the present originated in Scotland and have migrated to the Western Hemisphere over time.

Lawn bowling balls are also known as “bowls”. They differ in weight, size and shape, or “degree of bias”. The area of the world in which the game is played affects the type of bowls as well. In Britain, where the grass is soft and wet, players use bowls that weigh less than the bowls used on the hard surface of the ground in South Africa.

Like the bowls that are used, minor rules of bocce ball are different, depending on the area of the world in which the game is played. This even includes what attire to wear (in Canada, “whites” are worn during tournaments), but the basics always remain the same.

In the sport of lawn bowling, the purpose is to get the bowl(s) as close to the “jack”, a smaller white ball, as possible. The “jack” could be between 75 and 108 feet away from the players. In order to win the game, the players must be very accurate, as to get the bowls the closest to the jack, even if the other team has their bowls guarding or blocking it. They must judge the curve, weight and distance of their throws very precisely. In this way, lawn bowling can be very much like 10-pin bowling, with a fairly rigid playing system.

Bowls can be thrown backhand or forehand and never aimed directly at the jack. How each player throws their bowl depends on the where the other bowls that have already been thrown are. Most bocce ball greens have about six feet of curve for each 100 feet of the green. But, since each green is different, lawn bowling can be extremely challenging for its players.

Many people have the impression that lawn bowling is only for the retired or the wealthy, but bocce ball is gaining recognition and popularity worldwide. Avid players call their skill an art and are very competitive, but the game can also be played at a leisurely pace.

Lawn bowling is for everyone, and could be just the thing to make a Sunday afternoon interesting for friends and family. There is no huge amount of physical fitness required, making the game perfect for older people and young children alike. Like 10-pin bowling, bocce ball can be quickly picked up by just about anyone, but takes years of practicing and playing to master. Many say this game is addicting, once they learn, they cannot stop playing.  No wonder it has been around for centuries! 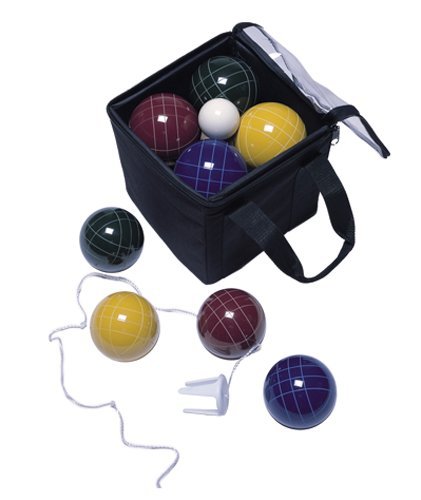