A Brief History of the Pacific War

The Pacific War started in late 1941 and continued up until 1945. However, tensions between Japan and the West are best traced back to the 1930s with the Japanese occupation of Manchuria.

Following the Japanese occupation of Indochina, America established an economic trade embargo with Japan. Therefore, American cut iron ore, steel and oil exports to Japan. In addition to this, Japan had also left the League of Nations.

Such was the impact of the American economic embargo, that Japan began planning for war in the Pacific by the early 1940s. Pearl Harbor, the Philippines and a number of European colonies became potential targets for Japan.

As such, on December 7, 1941 a Japanese carrier force targeted Pearl Harbor. Japanese B5Ns and dive-bombers knocked out up to eight American battleships. However, American carriers were not present during the raid, while fuel depots also remained intact. Salvage operations post Pearl Harbor repaired and re-floated a number of ships Consequently, the airstrike did not necessarily meet all the objectives laid down by the Imperial Japanese Navy (IJN).  At any rate, the Pacific War began here.

However, it was enough to give Japan at least a temporary advantage in the Pacific War. With this, in early 1942 Japanese armies captured a number of European colonies in the region such as Burma, Dutch East Indies, Hong Kong and Manila. The Philippines was also lost on May 8 1942, while General MacArthur vowed to return.

Despite this, the American carriers remained and were ready to engage the IJN. The Battle of Coral Sea was one of the early naval battles during which Japan abandoned Port Moresby. Given this, American carriers increasingly became the target for the IJN.

So the IJN drafted plans to trap an American carrier fleet off Midway. With this, Japan could then capture Midway Island. The IJN assembled a potent Japanese fleet for Midway Island in June 1942, but the U.S. Navy intercepted the fleet; and Admiral Nimitz was aware and prepared for the impending Japanese advance.

Early aircraft skirmishes saw Japanese bombers attempt to bomb the airbases on Midway Island. However, these were not directly hit. While Japan's A6M fighter plane remained potent, American SBD dive-bombers were still able to strike at the Japanese carriers. They sank four IJN carriers at the battle along with hundreds of supported aircraft. The IJN later sank the Yorktown. However, the Battle of Midway was a defeat for Japan.

The Guadalcanal Campaign also continued in 1942. However, by February 1943 the Allies secured the island as Japan's remaining armies retreated from Guadalcanal. Then it became an important base for the Allied operations in the region.

In 1944, two further naval battles effectively won the war for the Allies. The first was the Battle of the Philippine Sea, off the Marianas. In an attempt to defend the Marianas, the IJN assembled a fleet to halt Allied landings. However, it was another reversal for Japan as the Allies sank a further three Japanese carriers along with 600 aircraft.

The defeat paved the way for the Allies to capture Leyte Island and then occupy the Philippines, cutting Japanese oil supplies. The IJN assembled a large fleet of battleships, destroyers and carriers to defend Leyte. However, with Allied air superiority the battle was a final defeat for the IJN, with 12 destroyers, eight cruisers and three battleships lost.[1] As such, the Allies gained clear naval superiority. In addition, Leyte also fell to the Allies as MacArthur recaptured the Philippines.

By 1945, with Japan's defeat imminent the Battle of Iwo Jima was one of the last battles. Iwo Jima was an American target for potential airbases and air support. A garrison of about 21,000 soldiers remained in defense, but the IJN could no longer provide any naval support. As such, the Allies captured the island, despite the strong defenses set up. With Okinawa also falling in 1945, a Battle of Japan was a possibility.

However, Japan had still not surrendered to the Allies. As such, Allied planes dropped two bombs on the Japanese cities of Nagasaki and Hiroshima. On August 3, 1945, the USSR also declared war on Japan and defeated Japanese soldiers in Manchuria. The Japanese surrendered on August 15, 1945. The Pacific War ended on September 2 with formal surrender.[2] The war had shattered the Japanese Empire, and other empires in the Pacific also declined afterwards. 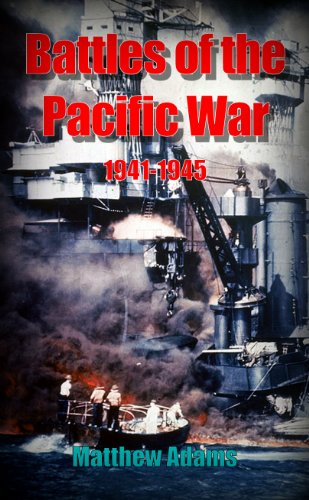 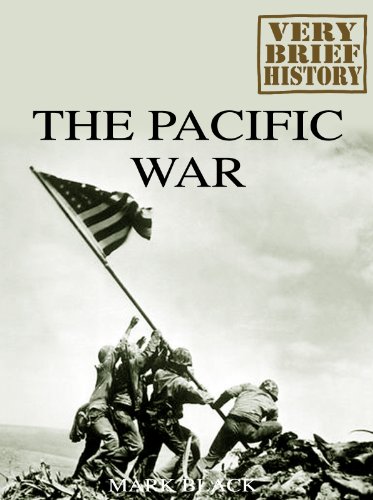